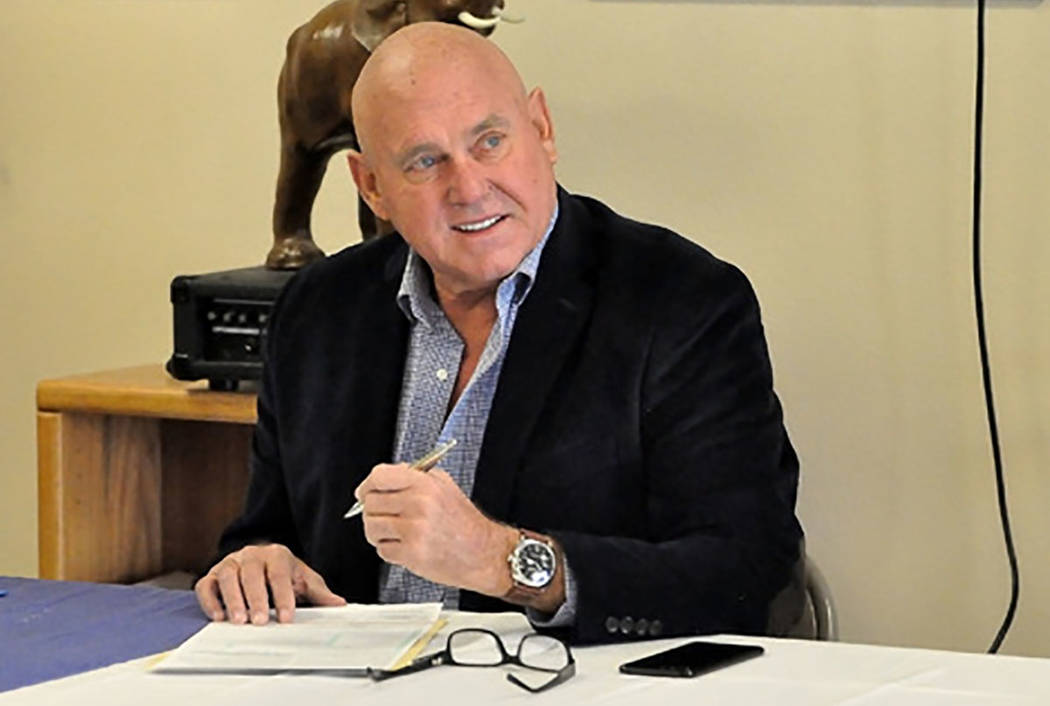 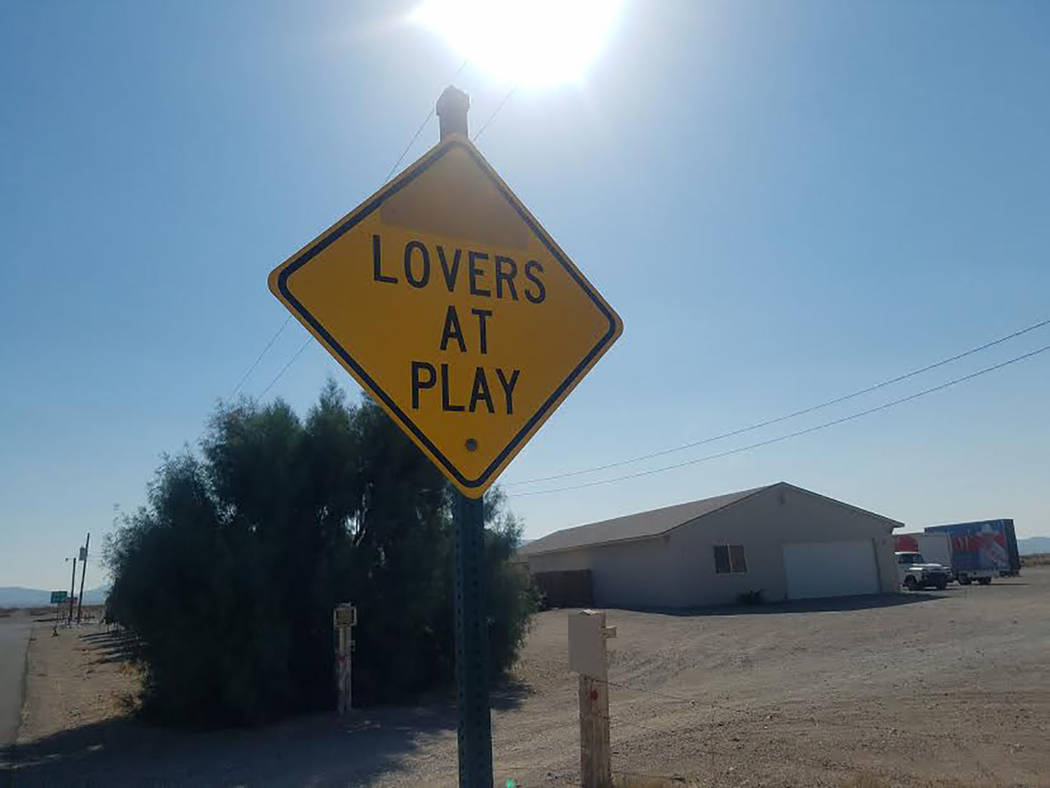 Nevada brothel owner Dennis Hof has filed a federal lawsuit against Nye County and two elected officials, citing what he believes to be the violation of his First Amendment rights involving a sign.

“The U.S. Constitution is incredibly important to me and I am not going to allow a county commissioner to infringe on my First Amendment rights. He has no business doing that,” Hof said in an interview. “Just because he thinks something is objectionable doesn’t mean it is.”

A request for comment from the county on the lawsuit was made on Feb. 7. Nye County Public Information Officer Arnold Knightly responded, “The county has yet to be served the lawsuit. When received, it will be reviewed and responded to accordingly through a filing in the court.”

At the heart of the lawsuit is a sign on Hof’s personal property in Crystal, which helps guide brothel customers to Hof’s Love Ranch South but without specifically advertising the brothel itself. The sign reads “Lovers at Play” and features a stick-figure couple apparently engaged in an intimate embrace.

Hof alleges that Schinhofen directed Wehrly to instruct Hof to censor the sign due to the “objectionable” nature of the stick-figures. The lawsuit states that although he did not agree, Hof complied due to a threat of a show cause hearing.

“He told the sheriff, remove that sign or he was going to call for a show cause hearing to take my license away, my multi-million dollar business, he’s going to take it away for a sign,” Hof stated. “So I had no choice but to unwillingly comply.”

Hof maintains that he does not believe the sign is, in fact, obscene, but is rather humorous. The lawsuit explains that Hof has a longstanding history of using “humorous signage” relating to his brothels, such as a “Booze and Booty” sign at the Love Ranch South which has since been removed. The filing remarked that this sign was removed not voluntarily but out of fear of retaliation as well.

Also contained in the lawsuit is an argument that signs of a similar nature to the Lover’s at Play sign have been used for thousands of years. “There is an ancient tradition of providing unofficial signs and signage that a potential customer is traveling in the correct direction when seeking out a brothel,” the lawsuit asserts, noting as an example the evidence of phallic carvings pointing the way to brothels in ancient Pompeii.

“Instead of hacking penises into the rocks and public roads, plaintiffs have taken a more modern approach of installing several signs along a path leading to the Love Ranch South so that potential visitors know they are heading in the right direction and to ensure that potential visitors do not get lost in the residential neighborhoods looking for the Love Ranch South,” the lawsuit asserts.

Aside from the subject of the lawsuit itself, Hof reiterated his previous statements regarding his belief that the actions taken by the county center around political motivation. Hof said the sign in question had been on his property for years without issue and contends that it was only when he decided to run for office that the problem arose. Hof made his first bid for Nevada Assembly District 36 in 2016 and is currently making another attempt at that position.

Hof is being represented by Marc J. Randazza and LaTeigra C. Cahill of Randazza Legal Group. The case was filed Feb. 5 with the U.S. District Court of Nevada in Las Vegas.

The civil lawsuit calls for several actions from the district court, including an emergency ex parte motion for a temporary restraining order and preliminary injunction and a complaint for declaratory relief, injunctive relief and damages, as well as the demand for a jury trial.