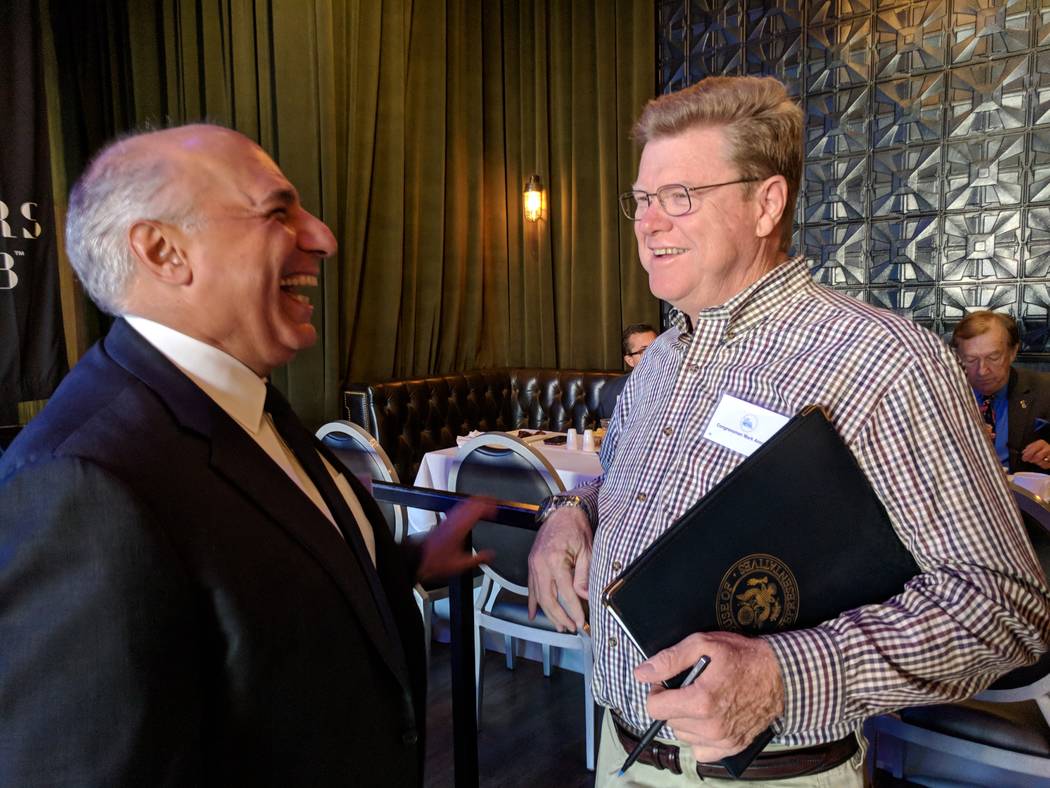 “My prediction is that it will pass the House,” Amodei said Oct. 20 during a Las Vegas Metro Chamber of Commerce breakfast at SLS Las Vegas.

The bill, being pushed by U.S. Rep. John Shimkus, R-Illinois., would revive the efforts to put high-level nuclear waste into the repository in Nye County and 90 miles north of Las Vegas.

For years, both Republicans and Democrats from Nevada’s Washington delegation have opposed the proposed nuclear waste site. But the strongest opposing voice, former Senate Democratic Leader Harry Reid, is no longer in office.

“Reid had success because he was in leadership,” Amodei said. “The question becomes ‘How do things go in the Senate now that Harry’s retired?’”

Despite his expectations that the Yucca Mountain bill will pass the House, Amodei said he expects serious friction in the Senate because Republican Sen. Dean Heller is up for re-election.

“If Mitch McConnell wants to help Dean Heller out, he shouldn’t have him launching a campaign with the Senate basically saying, ‘Yeehaw! Crank up the trains,’ ” Amodei said.

Because of that, he added, he predicted that the Senate won’t move on the Yucca Mountain bill until after the 2018 election.

“Amodei’s comment that the Yucca Mountain bill would get ‘serious friction’ from Senate leadership worried about Heller’s re-election shows what the county been saying, political science is overriding nuclear science,” Nye County Commission Chairman Dan Schinhofen said in a statement Thursday to the Pahrump Valley Times.