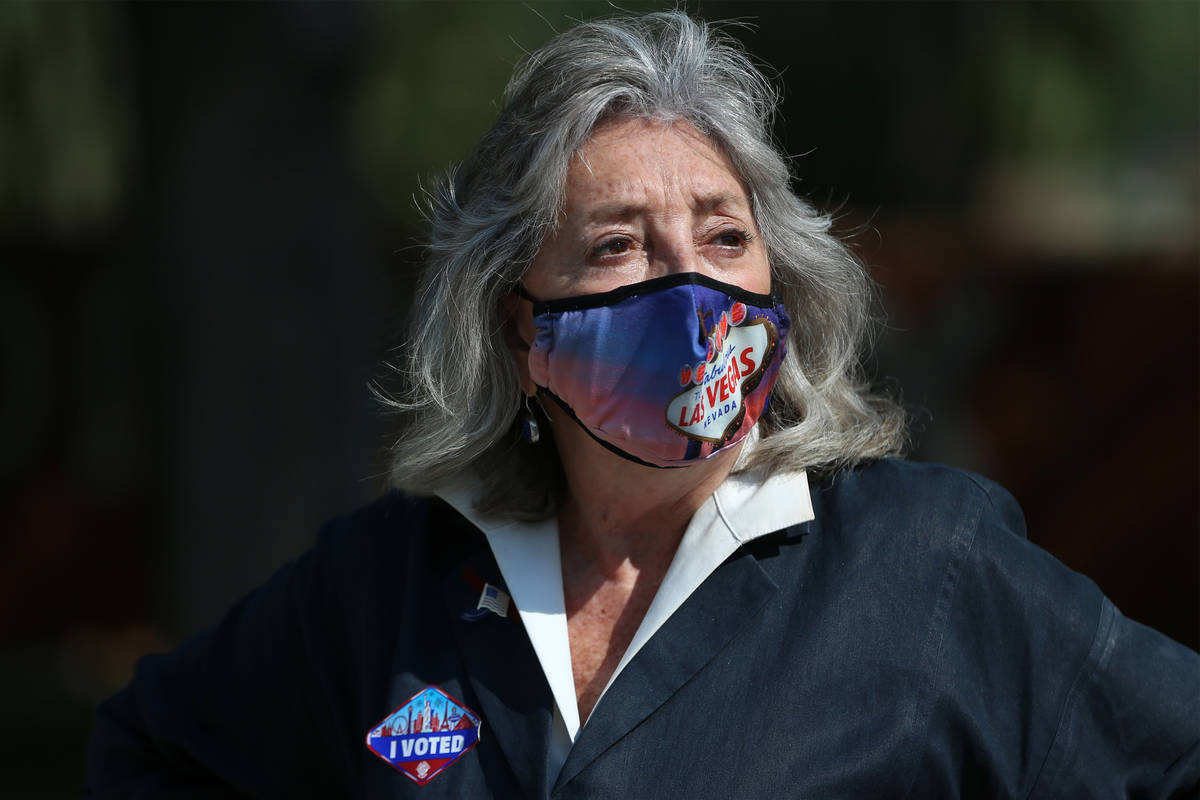 The Biden bill includes more federal funds for states and cities than the CARES Act did last year, but changes in the formula to divvy up that spending — to include unemployment rates — could mean a bigger slice of the pie for Nevada, which has one of the highest jobless rates in the nation.

Nevada could see $3.9 billion in federal funds if the bill is passed, more than three times the $1.25 billion it received in 2020, Titus, D-Nev., who led the effort to change the formula to include unemployment rates along with population when calculating aid, said Wednesday.

Titus said the American Rescue Plan proposed by Biden with the new formula, and the easing of restrictions in Nevada, would greatly benefit the state.

“That’ll be kind of like two shots in the arm plus the vaccine. So that’s a good thing,” Titus said in an interview with the Review-Journal.

Also in the Biden bill is $3 billion for the Economic Development Administration for grants to assist communities. Of that, $450 million is dedicated to communities with heavy job losses in the travel and tourism sector, such as Las Vegas, Reno and other Nevada communities that rely heavily on tourism.

“That’s the first time that’s ever been done,” Titus said of the language that specifies aid for cities where travel and tourism are key industries.

Titus, chairwoman of the House Transportation and Infrastructure subcommittee on economic development, helped tuck the grant funding into the bill, which will be the first coronavirus relief package to include money for the Economic Development Administration.

Titus said Nevada communities would be able to apply for the grants and should be considered if applications properly note unemployment due to the tourism and travel industry.

Biden is pushing Congress to approve his relief bill, and House Democratic leaders hope to have the package of proposals to the House Budget Committee quickly.

The House Ways and Means committee wrapped up work last week on nine proposals in the package that would provide $1,400 payments to some taxpayers, extend and increase federal unemployment assistance, provide earned tax credits for families and improve health care affordability.

Rep. Steven Horsford, D-Nev., a member of the committee, said those measures would help Nevada families that have been hard hit economically by the pandemic.

Horsford also sits on the Budget Committee, which will assemble the final package that the House will vote on sometime after lawmakers return from the district work period this week.

Republicans in Congress have balked at the hefty price tag of the Biden proposal, and some argue that funds remain from previous rescue packages that have yet to be spent. Sen. Susan Collins, R-Maine, said she wants the administration to come before Senate committees to explain their requests and how the funds would be distributed and spent.

And at least two Democrats, including Sen. Kyrsten Sinema of Arizona, are opposed to language in the bill to raise the minimum wage to $15 per hour.

Although many in the GOP oppose more aid for states, several GOP and nearly all Democratic senators say funds for states are needed as budgets have been deleted by COVID-19 due to closed businesses and reduced local tax revenues.

Nevada Sens. Catherine Cortez Masto, and Jacky Rosen, both Democrats, have urged quick passage of Biden’s COVID-19 relief bill, citing the dire need for money in their state with urban, rural and tribal needs to battle the pandemic and recover economically.

The entire Nevada congressional delegation, including Republican Rep. Mark Amodei and Democratic Rep. Susie Lee, both on the House Appropriation Committee which oversees all federal spending, have lobbied the Biden administration for more federal aid and help with vaccine distribution. The relief bill includes $14 billion for vaccines.

Of all states, Nevada and Hawaii have been hardest hit economically due to the pandemic and restrictions placed on businesses to stop the spread of the deadly virus, which shut down entertainment and shows that attract millions of tourists each year to the Silver State.

Nevada ranked 50th in unemployment in December 2020 with an overall rate of 9.2 percent of its labor force left jobless, according to the U.S. Bureau of Labor Statistics.

The state also has faced a rocky start on the rollout of vaccine distribution to those eligible, although all states now face a shortage of vaccines due to demand that outweighs supplies.

Biden has included more funds for vaccines and has called in the Federal Emergency Management Agency and the National Guard to help distribute the doses.

The president also is pushing Congress to move quickly on his relief package, with federal unemployment assistance set to run out on March 14, a loss that would affect more than 11 million people who are out of work, including those in Nevada.

Democrats, who hold majorities in the House and Senate, are signaling that they will use a legislative process known as budget reconciliation, which would allow them to pass the bill with simple majorities, and avoid a filibuster in the Senate.