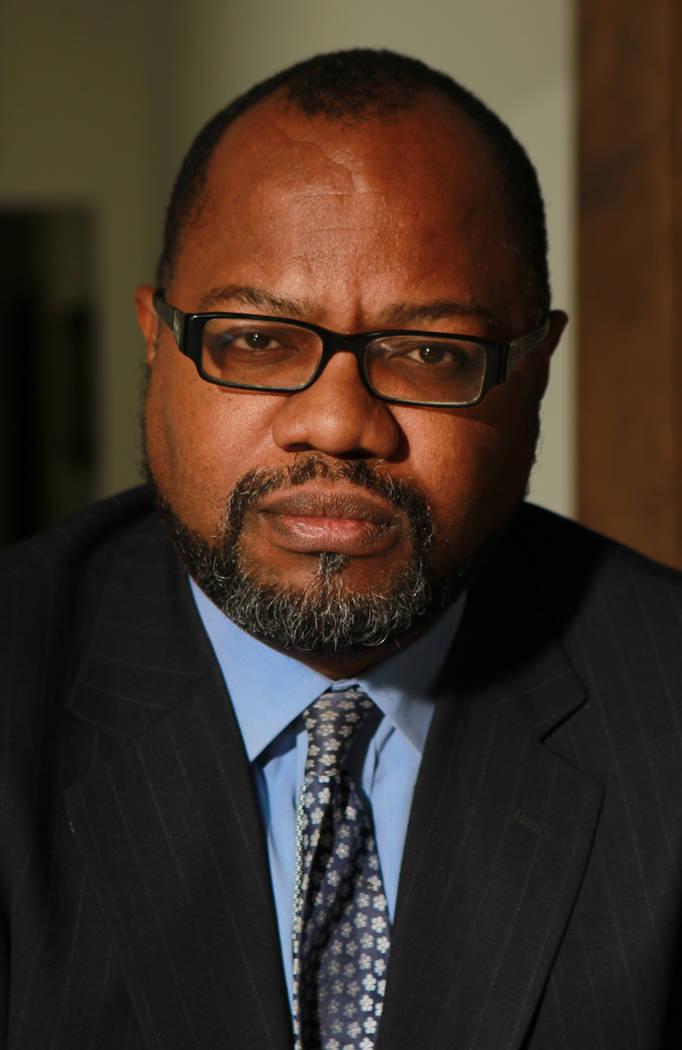 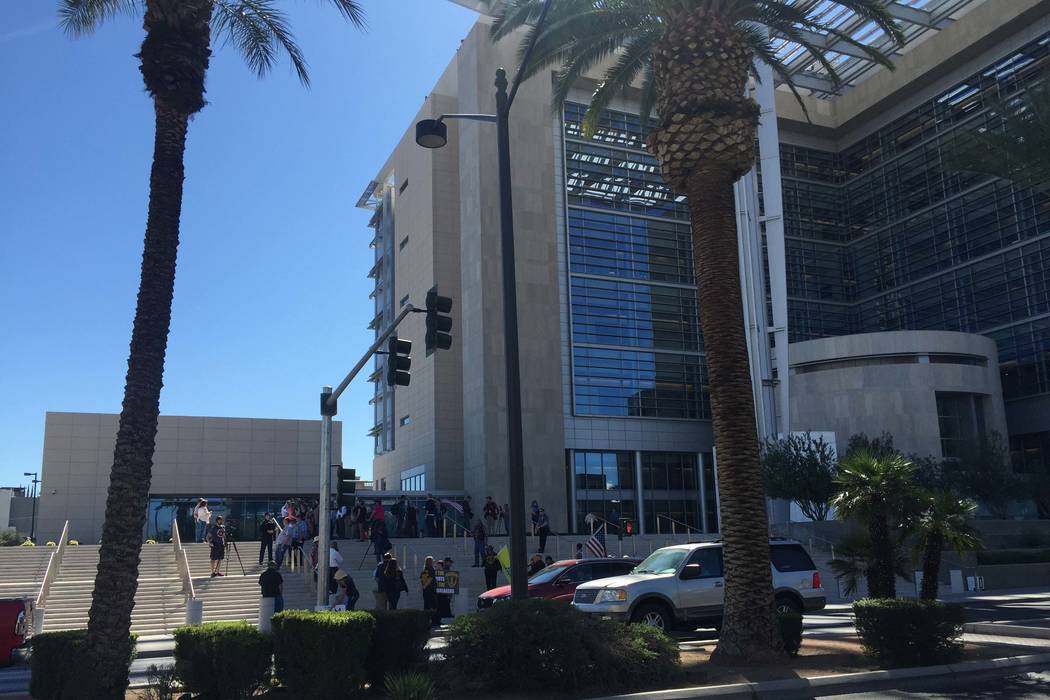 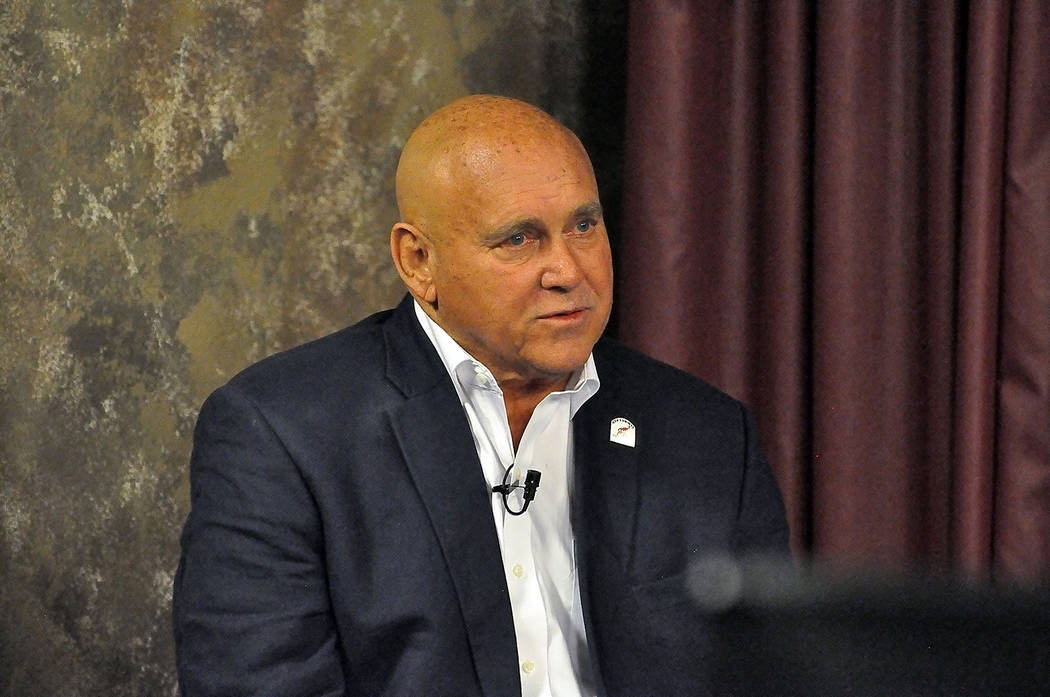 Horace Langford Jr./Pahrump Valley Times At the heart of the lawsuit is the county’s decision not to renew Dennis Hof’s brothel and liquor licenses and the subsequent closure of Hof’s Love Ranch South brothel and Crystal Watering Hole. 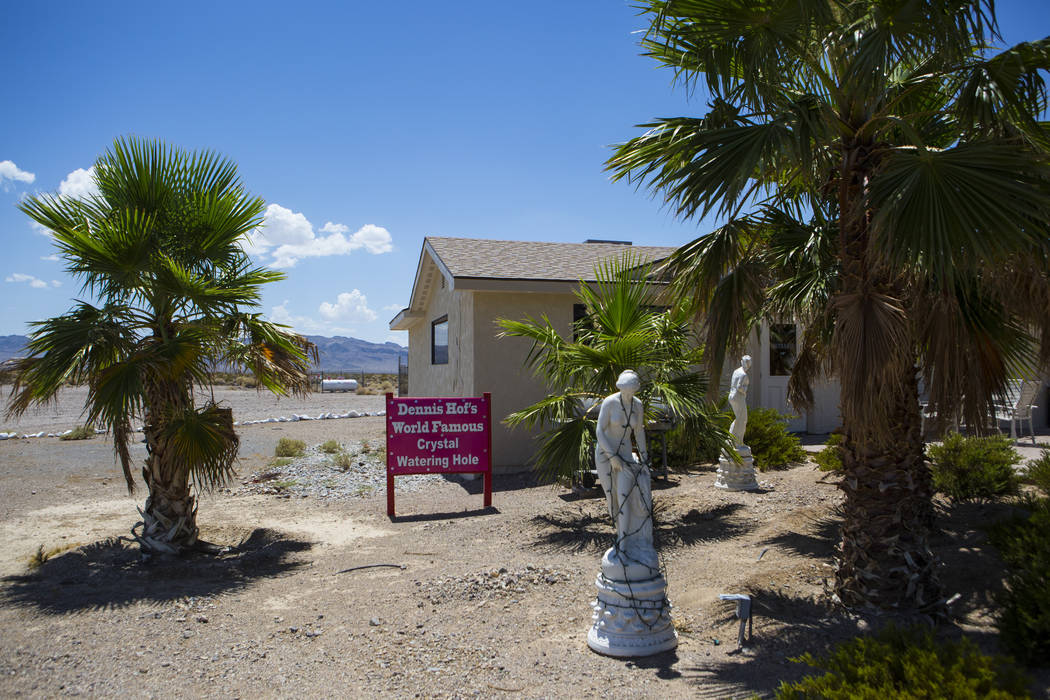 The hearing before U.S. District Court Judge Richard Boulware on Nevada businessman and political candidate Dennis Hof’s most recent lawsuit against Nye County took place Aug. 22 but the ultimate decision has been postponed.

Judge Boulware encouraged the delay in order to allow Nye County to gather additional evidence to bolster its defense against Hof’s allegations of First and 14th Amendment rights violations because as the record stood that morning, he was of a mind to order the county to reopen Hof’s businesses and restore his licenses to him. The hearing is now set for Monday, Aug. 27 at the Lloyd D. George U.S. Courthouse, 333 Las Vegas Blvd. South, Las Vegas.

At the heart of the lawsuit is the county’s decision not to renew Hof’s brothel and liquor licenses and the subsequent closure of Hof’s Love Ranch South brothel and Crystal Watering Hole. Named in the lawsuit are Nye County, the Nye County Liquor and Licensing Board and commissioners Dan Schinhofen and Butch Borasky in their professional and personal capacities.

Hof’s legal representation, Randazza Legal Group, submitted a 99-page motion for a temporary restraining order outlining myriad allegations, claiming a lack of due process on the part of the county, improper recusal procedure, retaliation and more.

Additionally, just prior to the initial hearing that took place August 22, Randazza Legal Group submitted a “deposition of person most knowledgeable” recorded with Callie Stark, an Administrative Tech II for the Nye County Sheriff’s Office.

The deposition detailed an interview between Stark and Hof’s legal team, as well as the county’s POOL/PACT legal representative, Rebecca Bruch, regarding Stark’s responsibilities in managing business license documents and related payments to the county. One reason given by the commissioners, who voted in favor of revoking Hof’s licenses, was an apparently late-filed renewal slip and late payment for his brothel license.

In the extensive deposition document, Stark is recorded as stating that the renewal slip that the county stated must be submitted by a certain deadline was considered by the sheriff’s office to be “irrelevant.” Stark further stated that the regular practice had not been to track precisely when license payments were received by the county and that the date by which they were submitted was not recorded.

Due to the fact that the deposition was filed so shortly before Wednesday’s hearing, judge Boulware asked the county whether they had anything to add in relation to the subject. Bruch explained that the county had nothing to dispute in the deposition but she would like the chance to provide additional information as well as call witnesses, such as Nye County Commissioner and liquor and licensing board chairwoman Lorinda Wichman.

Boulware offered to reschedule the hearing to allow Bruch and the county to review the document and add to its defense. Before doing so, however, Boulware took time to expound on a few “issues” he had found in the record of submissions in the case.

Boulware stated that the county had spent very little time addressing Hof’s claims of First Amendment violations, stressing that it was his, Boulware’s, duty to decide whether the county’s actions were in fact retaliatory. Hof’s allegation of selective enforcement of county code was another accusation Boulware said he felt the county might want to provide some sort of defense of.

“I wanted to give you the opportunity to rebut and let you know the potential issues I see,” Boulware told Bruch. He went further to note that based on the information in the record at that moment, there was a “significant possibility” that he would order the licenses be reinstated and the businesses reopened at the continued hearing. The decision hinges upon the evidence presented by the county at the August 27 hearing, Boulware stated.

As for Bruch’s witnesses, Boulware cautioned her from focusing on a line of questioning that would delineate the thoughts and reasoning of the commissioners who voted in favor of pulling Hof’s licenses, as he believed that was reflected in the minutes of that meeting and part of the record already. Rather, testimony geared toward disputing the allegations of retaliatory behavior, lack of due process and selective enforcement, which was largely missing, would be more to the point, he advised.

Before the hearing adjourned for the morning, Mark Randazza of Randazza Legal Group said he did not wish to provide any additional evidence at the rescheduled hearing but that he may wish to question commissioner Schinhofen at that time. Boulware remarked that as a defendant in a federal lawsuit, he felt it would be prudent for Schinhofen to be there.