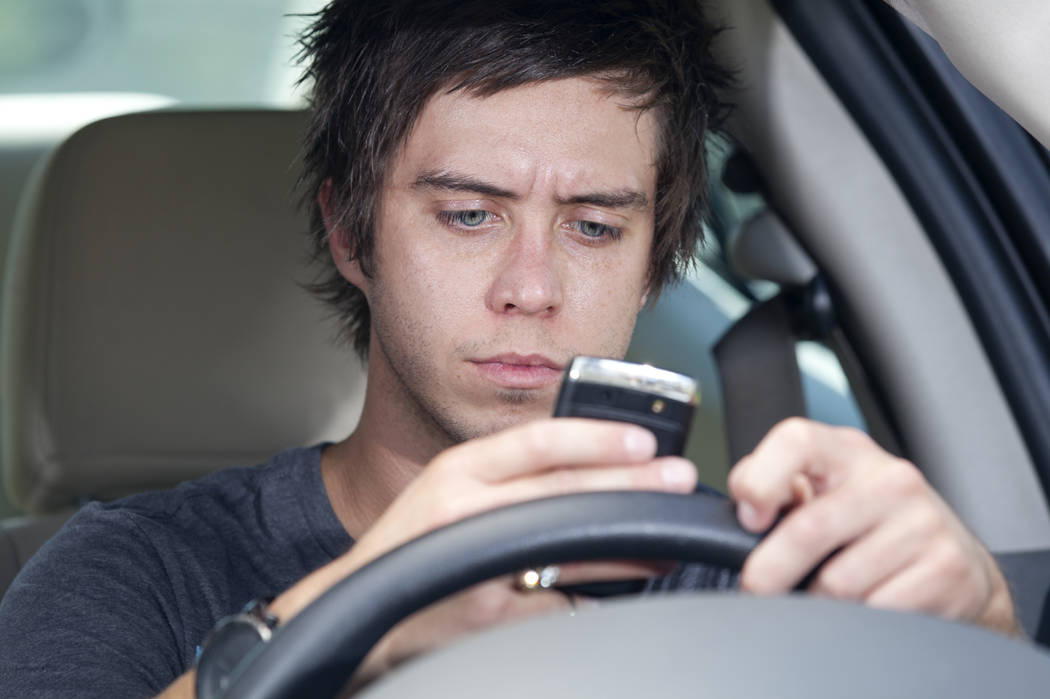 Special to the Pahrump Valley Times Law enforcement agencies statewide will be joining forces and focusing on distracted drivers this month. On average, texting takes your eyes off the road for 4.6 seconds, thus when traveling at 55 miles per hour, that is enough time to cover the length of a football field, according to the Nevada Department of Public Safety.

A crackdown is now underway this month for distracted drivers in the Silver State.

Last week, the Nevada Department of Public Safety issued a news release stating that law enforcement agencies statewide will be joining forces and focusing on distracted drivers through April 22.

“The Nevada Highway Patrol will be working diligently to urge motorists to keep their eyes on the road and put away cell phones or other items that cause distractions,” the release noted. “The Nevada Highway Patrol is reminding drivers that taking your eyes off the road, even for one second, can change your life or someone else’s life forever. Put down the distractions and drive safely Nevada.”

On average, texting takes your eyes off the road for 4.6 seconds, thus when traveling at 55 miles per hour, that is enough time to cover the length of a football field, according to the release.

Additionally, public safety officials said that distracted driving is any activity that diverts your attention from driving.

“That includes talking or texting on your phone, eating, drinking, talking to people in your vehicle, adjusting the radio, using entertainment or navigation systems, or anything that takes your attention away from the task of safe driving,” the release stated.

According to the National Highway Traffic Safety Administration, deaths reached 3,477 in 2015 due to distracted driving.

“Since 2011, Nevada enacted a no texting, or use of an electronic device while operating a motor vehicle law, allowing only for hands-free electronic communication while driving,” the release noted. “Exemptions include those for first responders and emergency personnel while on duty and responding to an incident.”

Nevada also has what’s known as a “Good Samaritan Law,” which allows a driver to use their cell phone to contact 911 due to witnessing an incident.