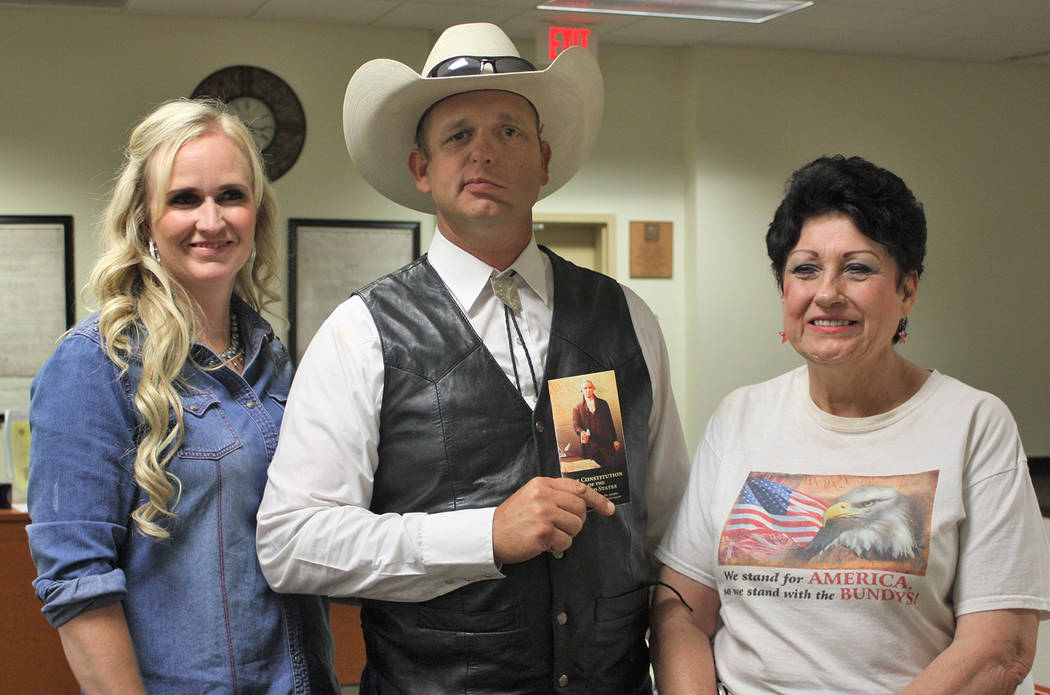 Robin Hebrock/Pahrump Valley Times From left to right are Angela Bundy, Ryan Bundy and Nye County Commissioner Donna Cox. Bundy is making a bid for Nevada governor with no political party affiliation. Despite this, Republican Cox has endorsed Bundy rather than the Republican candidate, Adam Laxalt. 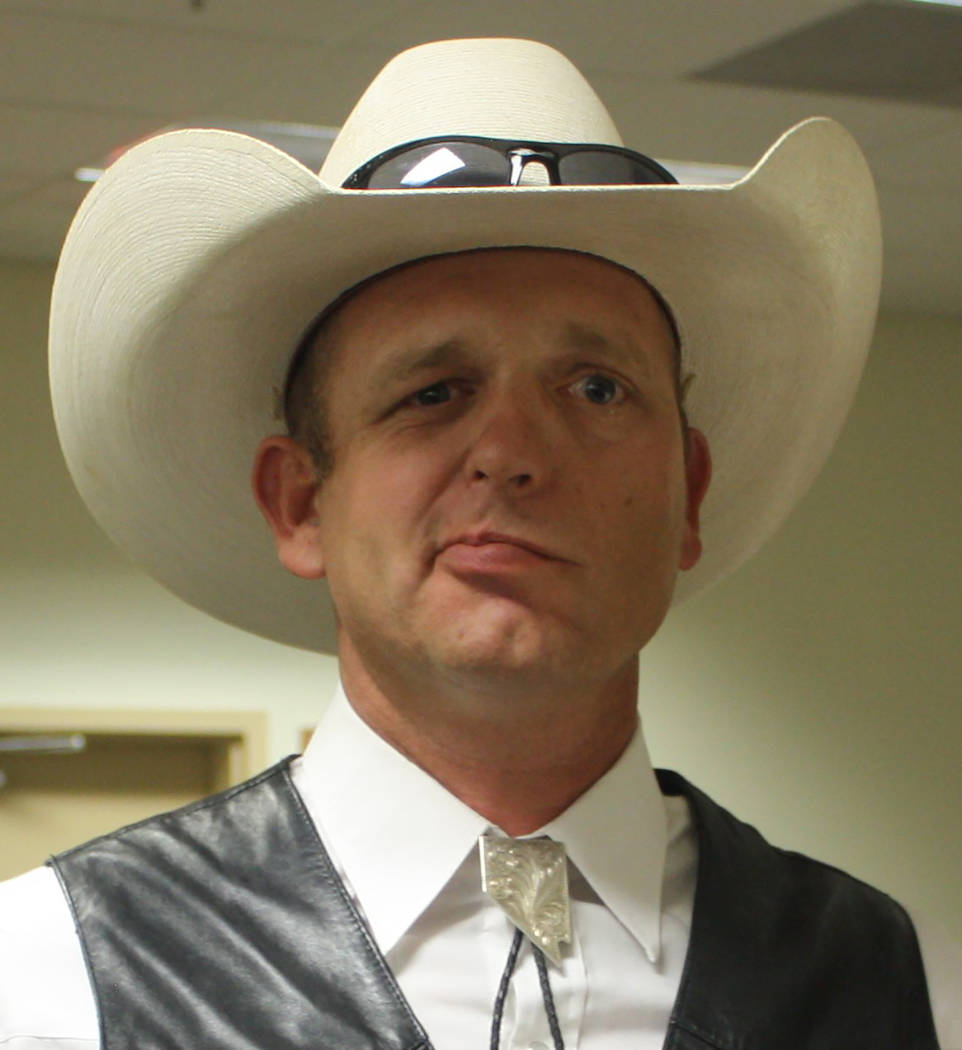 The race for governor of Nevada is set to be a fierce one with Nevada Attorney General Adam Laxalt scoring the Republican nomination and Clark County Commissioner Steve Sisolak earning the Democratic nomination but Nevada rancher Ryan Bundy is not about to allow the spotlight to focus solely on the two major party candidates.

Running with no political party affiliation, Bundy has thrown his cowboy hat into the gubernatorial ring and has already managed to snatch one endorsement from under the feet of his Republican opponent.

On Monday, Nye County Commissioner Donna Cox, a Republican, announced that she was formally withdrawing any and all support from Laxalt, with a main driver being Laxalt’s recent snub of Nevada Assembly District 36 Republican candidate Dennis Hof.

Cox and Bundy met in Pahrump on Monday for a media announcement event at which Cox made it publicly known that she was no longer backing Laxalt in the race for governor. “One of the reasons that we are not supporting Adam Laxalt is because, after Dennis Hof ran and he won, Laxalt came out and said he would not value the vote of the people,” Cox stated.

She was referring to Laxalt’s statement that he does not and will not support fellow Republican Hof in the Nevada Assembly District 36 race, where Hof will square off with Democrat Lesia Romanov.

Bundy also expressed his disappointment over Laxalt’s lack of support for Hof, interpreting it as a direct contrast to the will of the voters. “Adam Laxalt’s decision to not support the candidate who won the primary here in District 36 is part of the reason that I decided not to run with either party,” Bundy explained of his nonpartisan candidacy.

When reached for comment on the situation, the Laxalt campaign responded that it was not about disregarding the will of the people, Laxalt simply could not bring himself to support someone in the type of business that Hof operates. “Adam respects the will of the voters in District 36, however, as a husband and a father of two young daughters, he has stated that he will not be supporting Mr. Hof’s campaign,” the statement read.

It was not all about Hof, however, with Cox noting that there were several other reasons that she could no longer support Laxalt.

“Now that Ryan is running for governor of Nevada, I don’t think we could get a better candidate. We also have Adam Laxalt, which I am personally not happy with because he has not done a thing for Nye County in all the time he’s been there and he had not done a thing for the Bundy family even though he was in a position that he could have helped them dramatically. Instead, they were pretty much left hung out to dry in our CCA prison out here. Therefore, I am withdrawing any of the support that I have had for Adam Laxalt in the past,” the Nye County commissioner stated.

Cox said she was confident that Bundy would be a true representative of the people. “I know that Ryan will put the state of Nevada first and he will do great for the whole entire country as a representative for us. I have complete trust and faith in him,” she exclaimed. “He suffered drastically over the last few years trying to fight for your freedom, my freedom, their freedom and so far he has done one heck of a job. He’s managed to get his freedom and that of his family. I am very honored to be standing here with him today. He is very honorable, he is very honest and he is going to make an incredible governor.”

As for platforms, state rights are obviously an object of focus but Bundy came with a list of other issues he declared he would pursue as well.

“As governor, things will change. The federal government currently claims ownership or control of 86 percent, plus or minus, of the surface area that is Nevada,” Bundy stated. In Nye County, the percentage is even higher at roughly 98 percent federally managed lands.

“There is no constitutional foundation for this. The federal government simply does not have the right to own and control land within an admitted state of the union,” Bundy continued. “We the people of Nevada are being deprived of our rights and the use of our natural resources because of this. The federal government will take their hands off our water, off of our minerals, off of our guns, our schools, our health care, our land.”

Bundy concluded by encouraging Nevadans to, “Vote for principles, not parties, not politics.” For more information on Bundy’s bid for election visit ryanbundygovernor.com