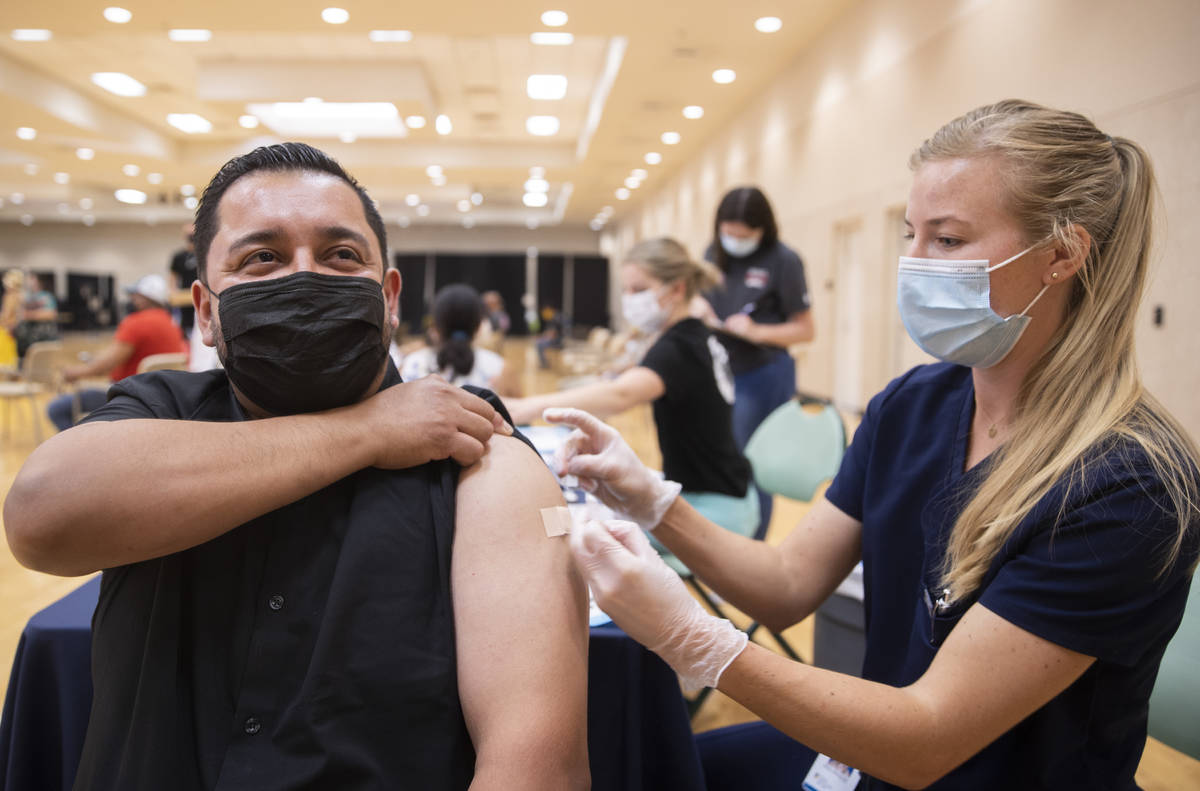 For the second day in a row, Nevada on Thursday reported the highest single-day increase in coronavirus cases in the past six weeks, according to state data.

There were 448 cases reported on Thursday, the largest single-day increase since May 12, when 464 cases were recorded, according to records maintained by the Review-Journal. That does not include increases following weekends or holidays, when cases are not recorded and therefore inflate the following day’s numbers.

The new cases on Thursday were one higher than the 447 reported Wednesday, which was previously the highest single-day increase in six weeks.

There were also 10 fatalities recorded on Thursday, the highest single-day increase since 11 deaths were reported on April 29, according to Review-Journal records.

The updated figures posted to the Department of Health and Human Services’ coronavirus website brought totals in the state to 330,810 cases and 5,664 deaths.

State officials have said that it is normal for daily figures to be higher than the moving averages due to delayed reports and redistributed data. State and county health agencies frequently redistribute the data after it is reported to better reflect the date of death or onset of symptoms, which is why the moving-average trend lines frequently differ from daily reports and are considered better indicators of the direction of the outbreak.

The state’s two-week test positivity rate, which essentially measures the percentage of people tested who were found to be infected with the virus, increased by 0.2 percentage points, reaching 4.3 percent.

The rate has risen more than half a percentage point since it hit a low point of 3.3 percent on June 9, according to state data.

As of Thursday’s report, there were 293 people in Nevada hospitalized with suspected or confirmed COVID-19 cases, which is 12 more than the day prior.

On Wednesday, Gov. Steve Sisolak noted on Twitter a recent rise in hospitalizations, adding that none of the people then hospitalized had been vaccinated.