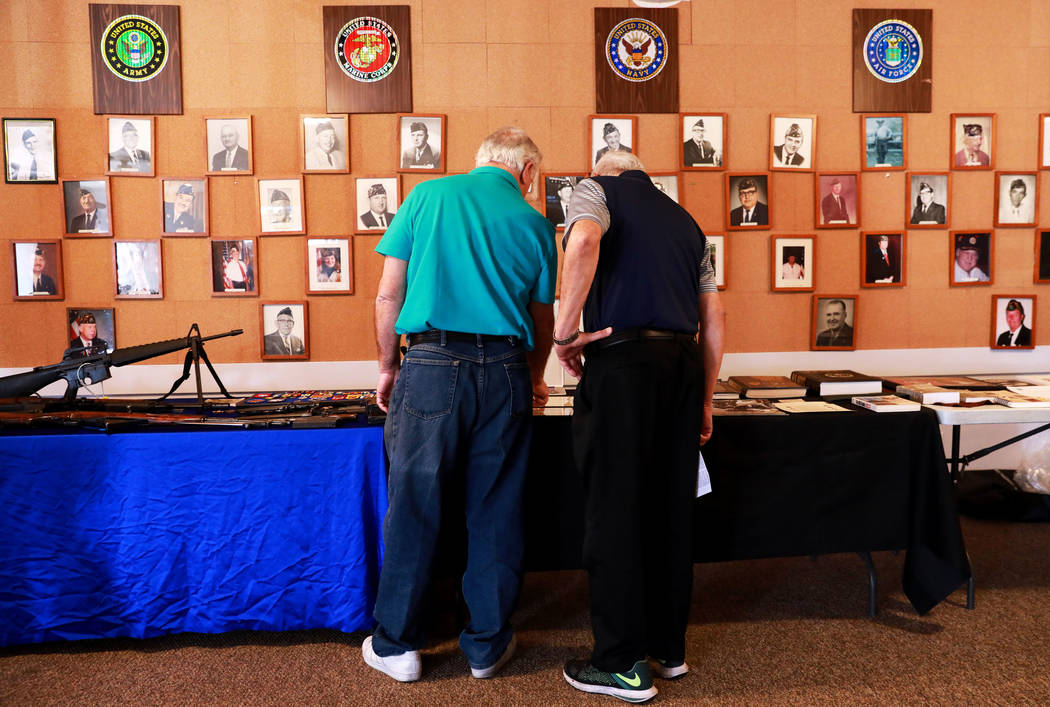 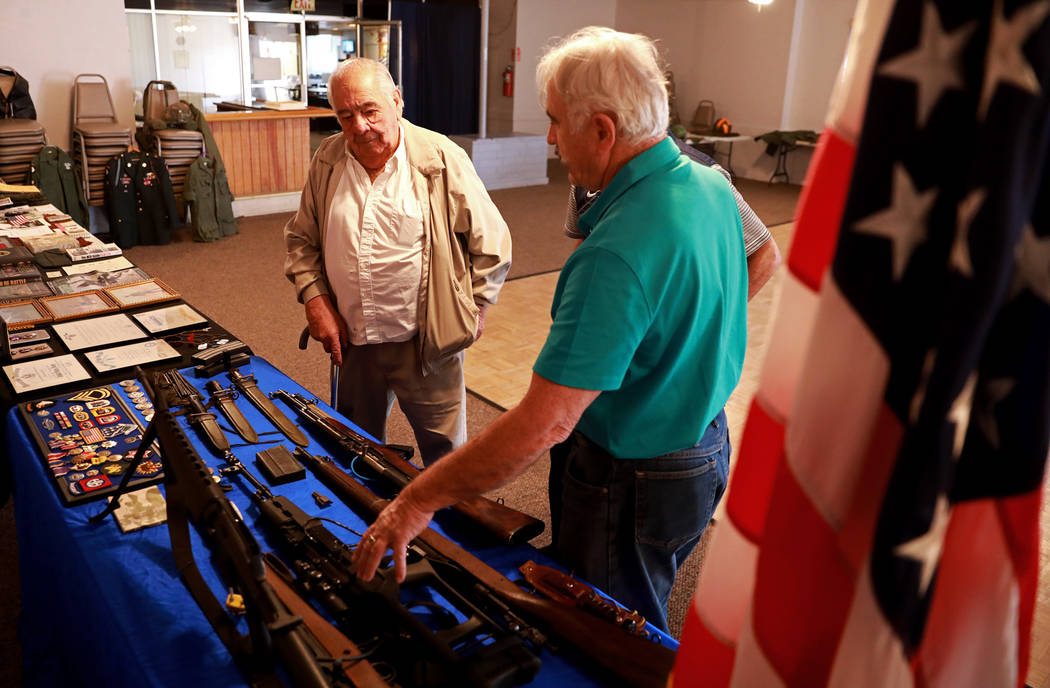 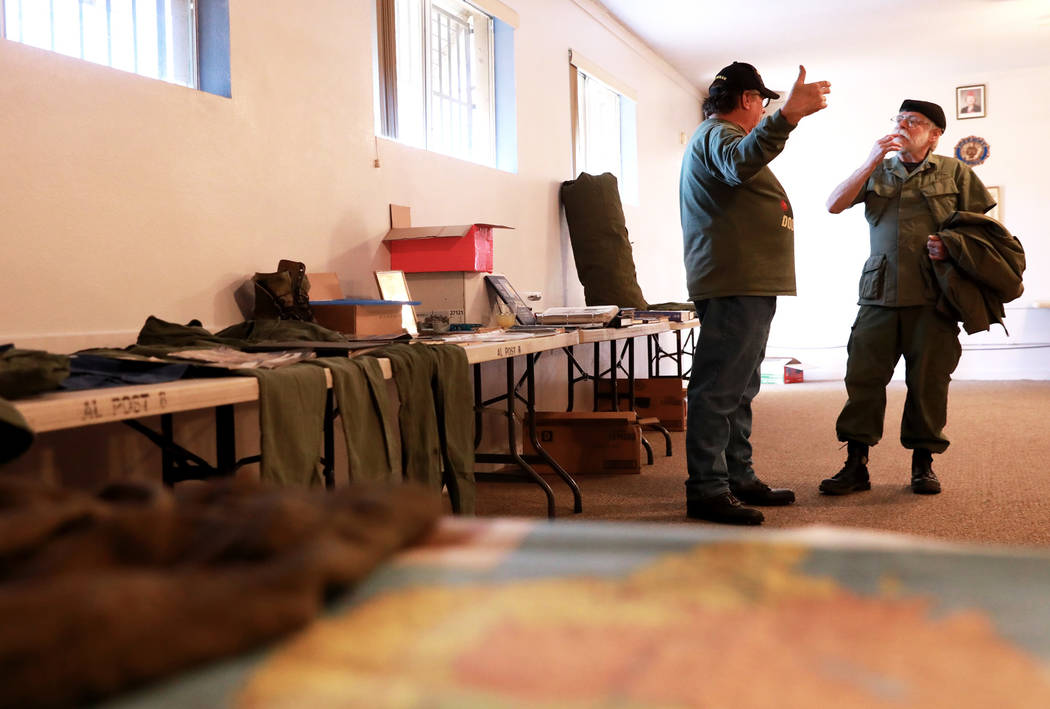 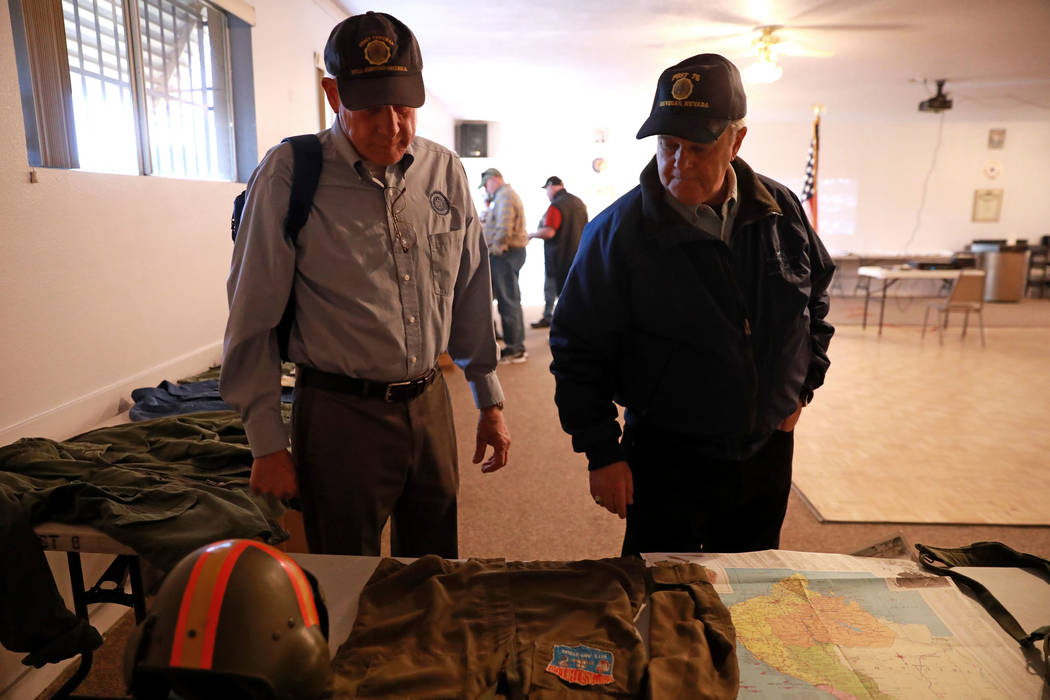 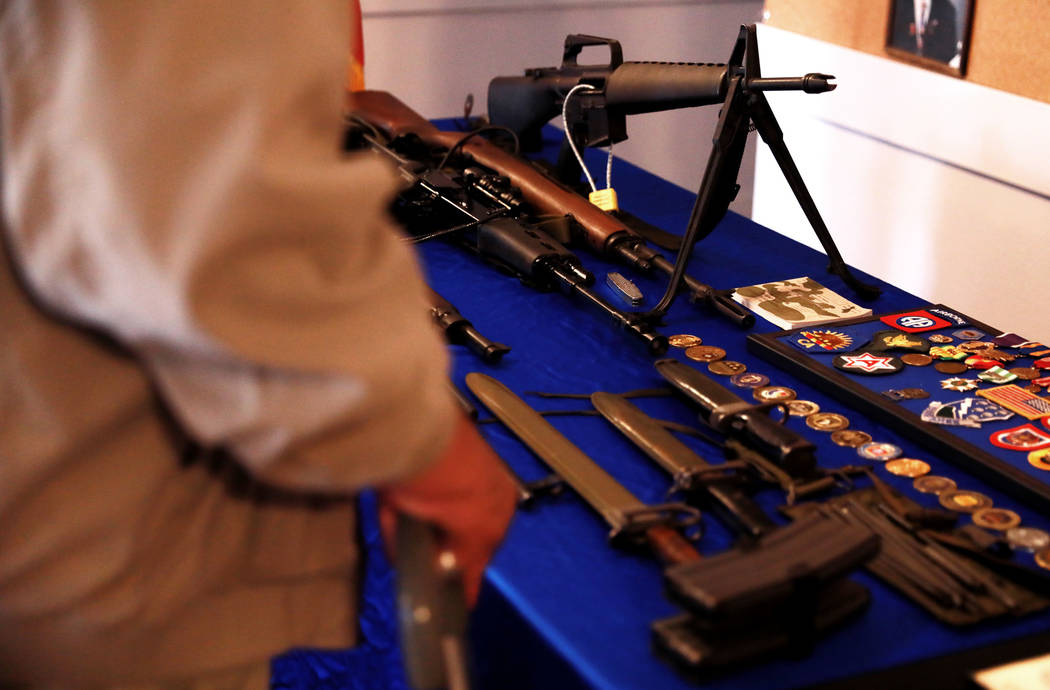 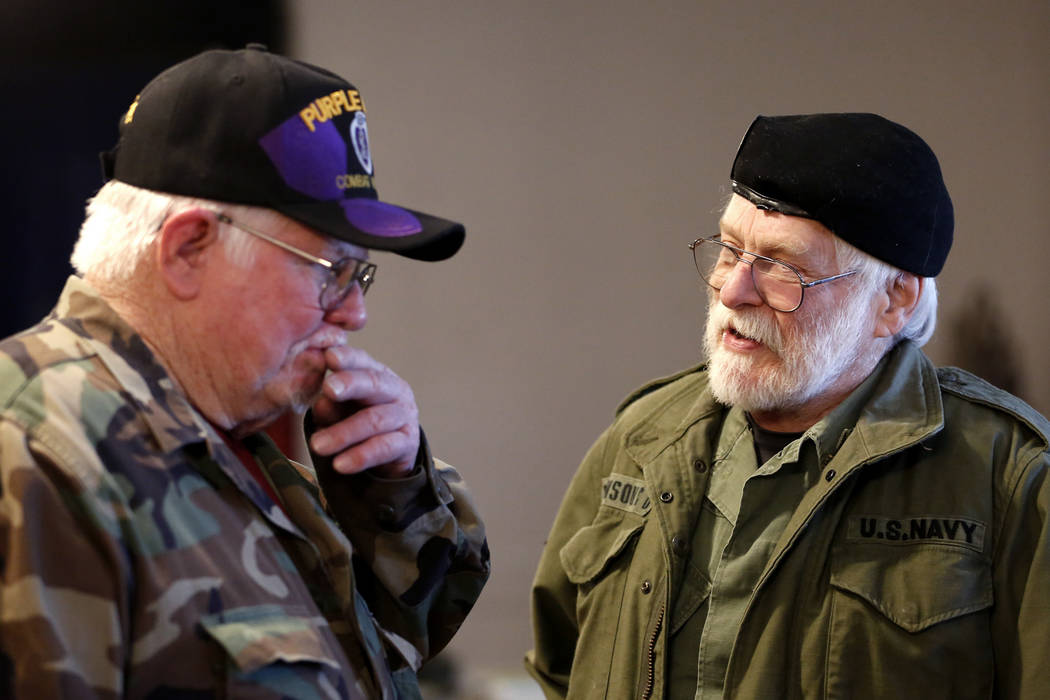 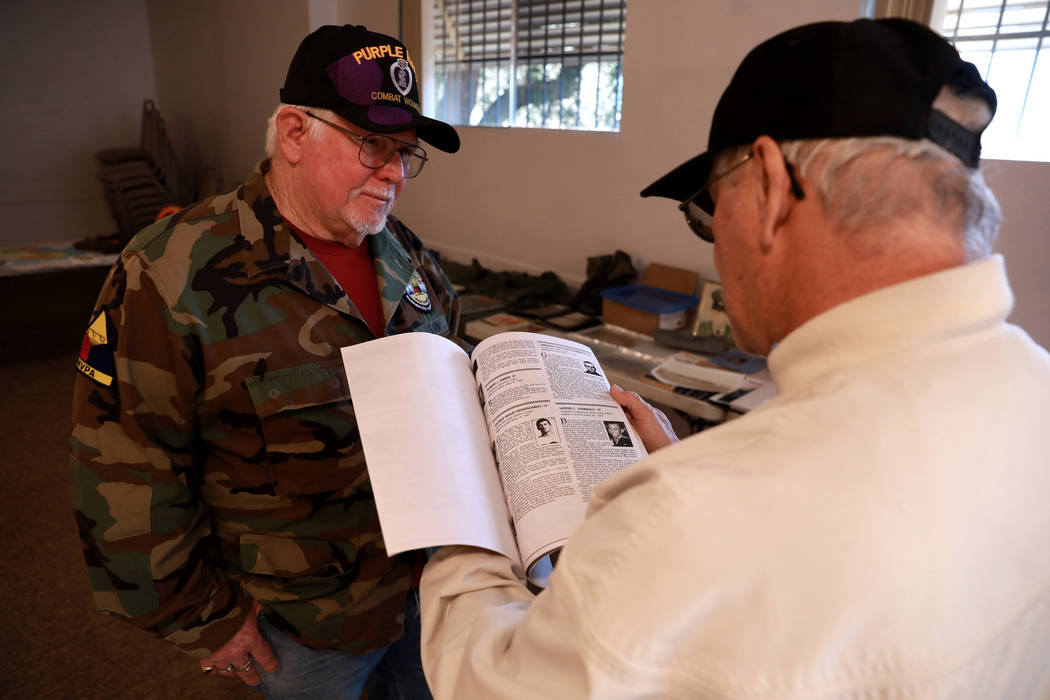 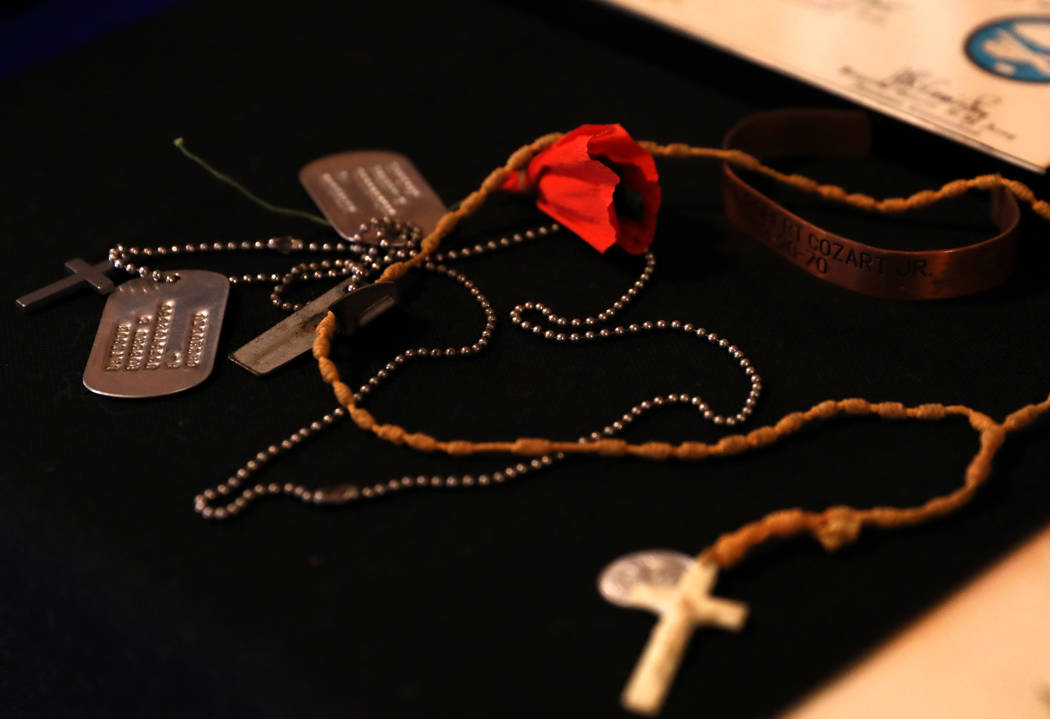 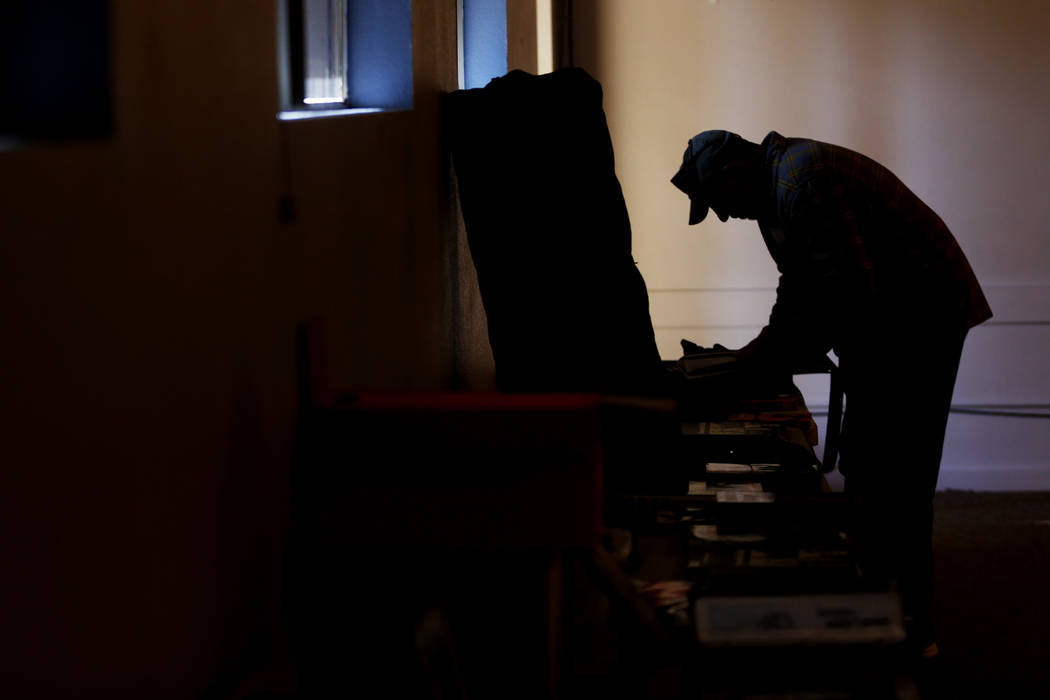 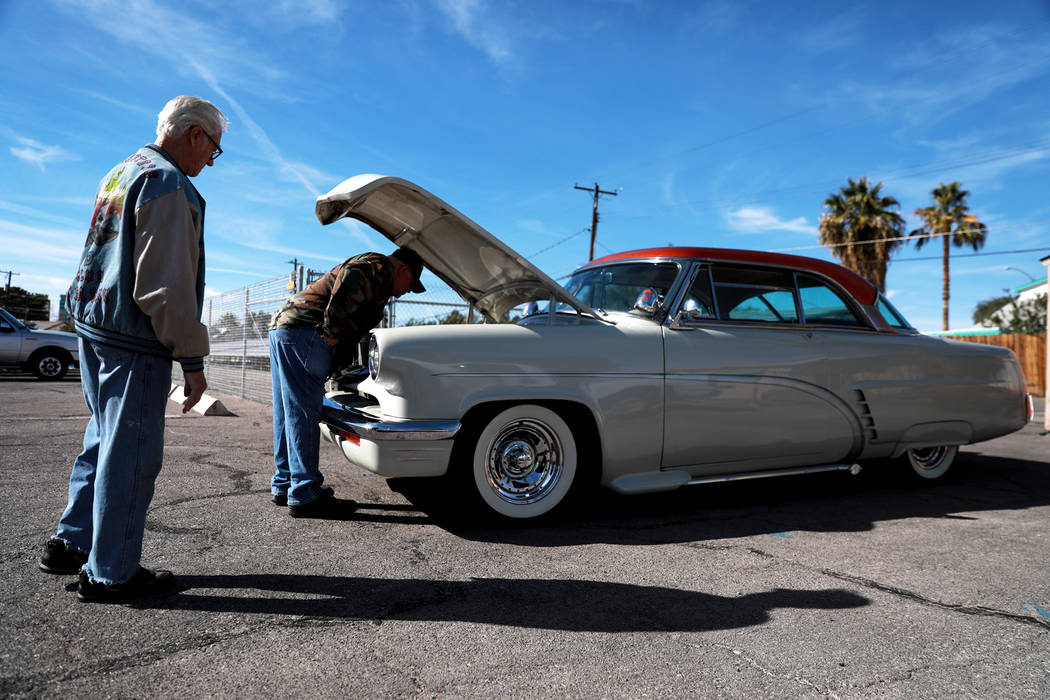 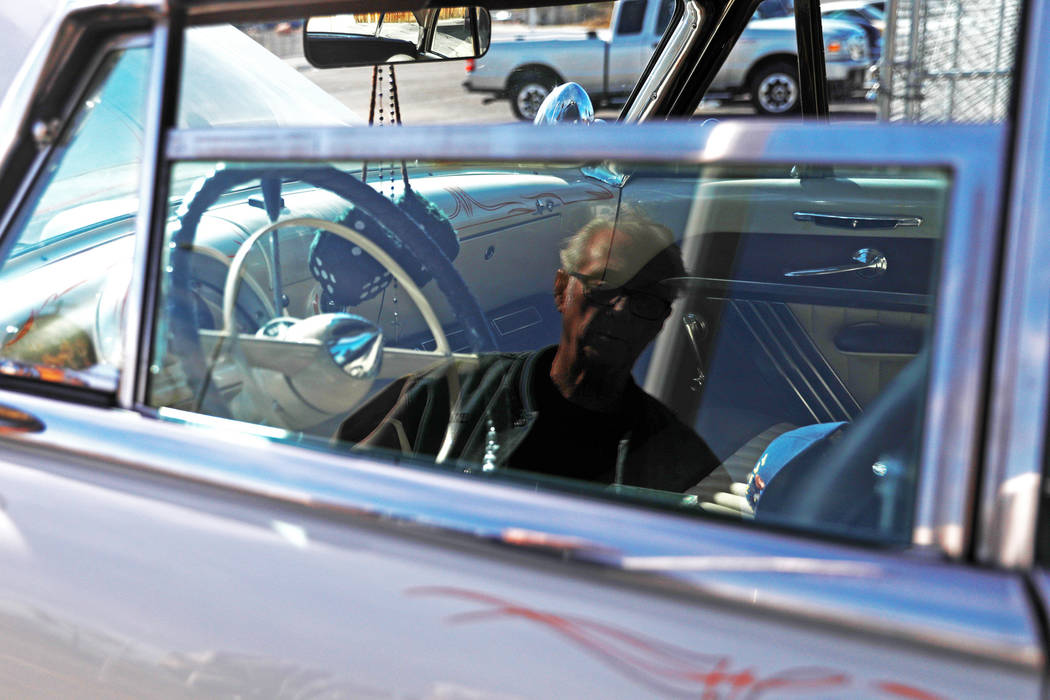 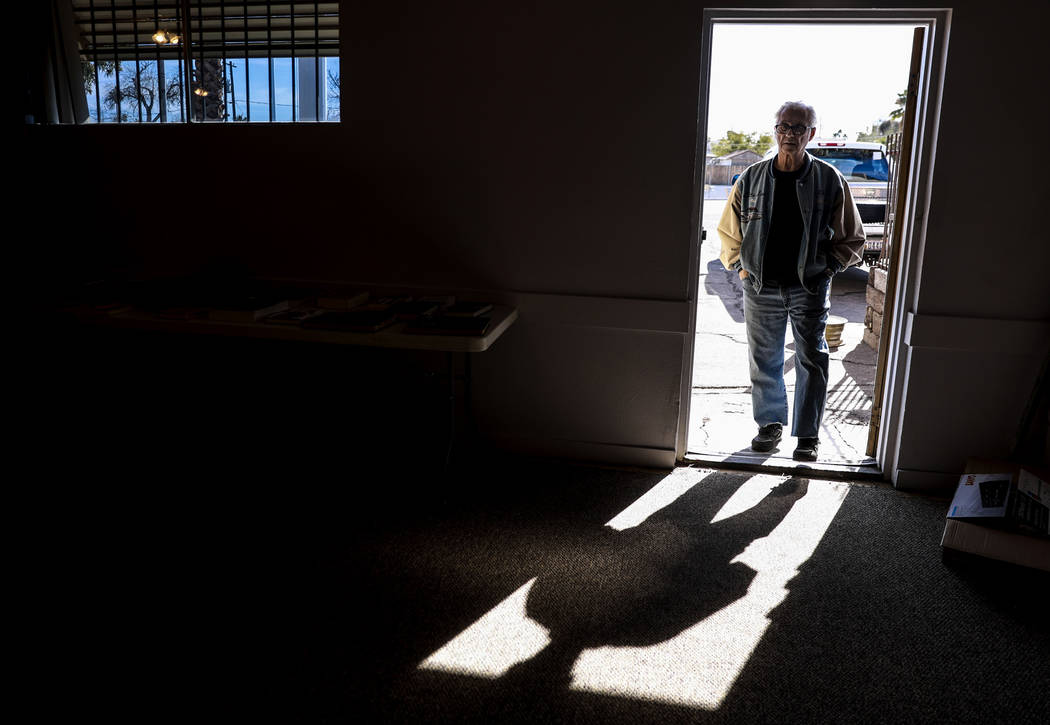 The Tet Offensive, an eight-month-long surprise attack launched by communist forces in Vietnam 50 years ago, remains fresh in the minds of many veterans who survived it.

Late last month, about 15 men filtered in and out of a back room at American Legion Post No. 8 in Las Vegas, perusing a Tet Offensive remembrance display of machine guns, olive-green uniforms and albums of photos spread out on tables.

The Tet Offensive, named after the holiday that starts the Vietnamese new year, was launched Jan. 30, 1968, during an unofficial cease-fire respecting the holidays, and lasted into the summer of 1968. It spanned 35 cities and killed 6,328 U.S. military personnel.

“It was a big thing. It changed the whole war,” said Bob Haygood, 73. “We didn’t lose the Tet Offensive. It was kind of a sneak attack on the Americans.”

Haygood, who organized the remembrance, as well as the ones marking the 30th and 40th anniversaries of the Tet Offensive, wore a dark camouflage Army shirt and a black hat with a purple heart embroidered on the front.

“I was actually on one of these,” he said, gesturing toward a gray plastic model of a Landing Craft Utility boat nestled between dozens of Haygood’s books and photo albums.

Haygood’s boat hit a mine on March 4, 1968, three months into the attack and just two days before his 24th birthday, and he was thrown overboard and sucked under the boat.

Haygood, who wore a 20-pound flak jacket, heavy combat boots and a belt with 150 rounds of ammunition at the time, managed to resurface, was medevaced out of the battle area with a head injury and eventually sent back to San Francisco to recover.

Mike Nole, 71, looked at the memorabilia quietly, clutching a folder of documents and a plastic bag containing a yellow identification card he received the day after the Tet Offensive was launched. The card, dated Jan. 31, 1968, enabled him to get in and out of the supply depot where he worked in Qui Nhon, a northern city in South Vietnam and the fourth city hit in the attack.

The documents, ID card and a few pins are all Nole has from the war. He had thrown his fatigues away before he returned home. Nole said he had gotten rid of his uniform because he was afraid of getting in trouble and also just wasn’t eager to bring them back with him.

While he was still in Vietnam, Nole had heard about the protests in the U.S. and dreaded returning home. When he returned to the U.S. and to his job as a stagehand at the Tropicana, Nole began to realize that he wouldn’t be celebrated for the time he spent in Vietnam.

“I got a letter from the governor, ‘Thank you for your service,’ and that was it,” Nole said. “I go back to work and some of the guys go, ‘Where you been?’ They didn’t even know I was gone.”

About a year after his return, when news of the My Lai Massacre surfaced in the U.S., Nole’s co-worker asked if he was a baby killer.

“That was it. I consciously made an effort to never tell anyone I was in Vietnam ever again,” Nole said. “And then I started forgetting things, and now, that’s my problem. I forgot so much, and now I’m trying to remember everything.”

Dean Johnson, also 71, said that although he was always proud of his service, he learned after 58 unsuccessful job interviews that the public had strong opinions about the war and, as a consequence, about the men who fought it. Johnson was a diesel engineman on Navy ships during the war and a truck technician when he returned to the U.S.

“When I stopped telling them I was a veteran, I got the next job,” he said.

Haygood said it’s important to keep telling the story of the Tet Offensive every 10 years because the attack is little more than a footnote in many public school courses.

“Most of the guys who were involved in it are no longer above ground,” said Haygood, who combed through a history textbook published in 2003 and was dismayed to find only two paragraphs about the attack.

About half of the hundreds of items displayed — including weapons, ammunition, training manuals, photos, badges and ribbons — belonged to Bob Davison, 72, who enlisted in the Army at age 22 and was sent to Vietnam as an infantryman with a rifle.

Davison said the remembrances also allow him to stay in touch with other veterans.

“There are things that we can only discuss with others who were there,” Davison said, describing the horrors he witnessed while roaming the jungle in search of enemy combatants. “War is obscene. You cannot discuss that with someone else because they just will not understand.”

Davison said symptoms of his post-traumatic stress disorder resulting from the Tet Offensive reveal themselves on the Fourth of July, in big crowds and even passing strange men on the street. Added to the physical and psychological symptoms of war was the pain that came from returning home to an ungrateful public.

Media coverage of the Tet Offensive was “the beginning of the end for public support for the war,” said Davison, who was injured in the war and received a Purple Heart. “It turned the population against our own troops.

“Korean War veterans are immensely proud. World War II veterans, the greatest generation,” he said. “We’re the first veterans to lose a war, and that eats at us almost every day.”