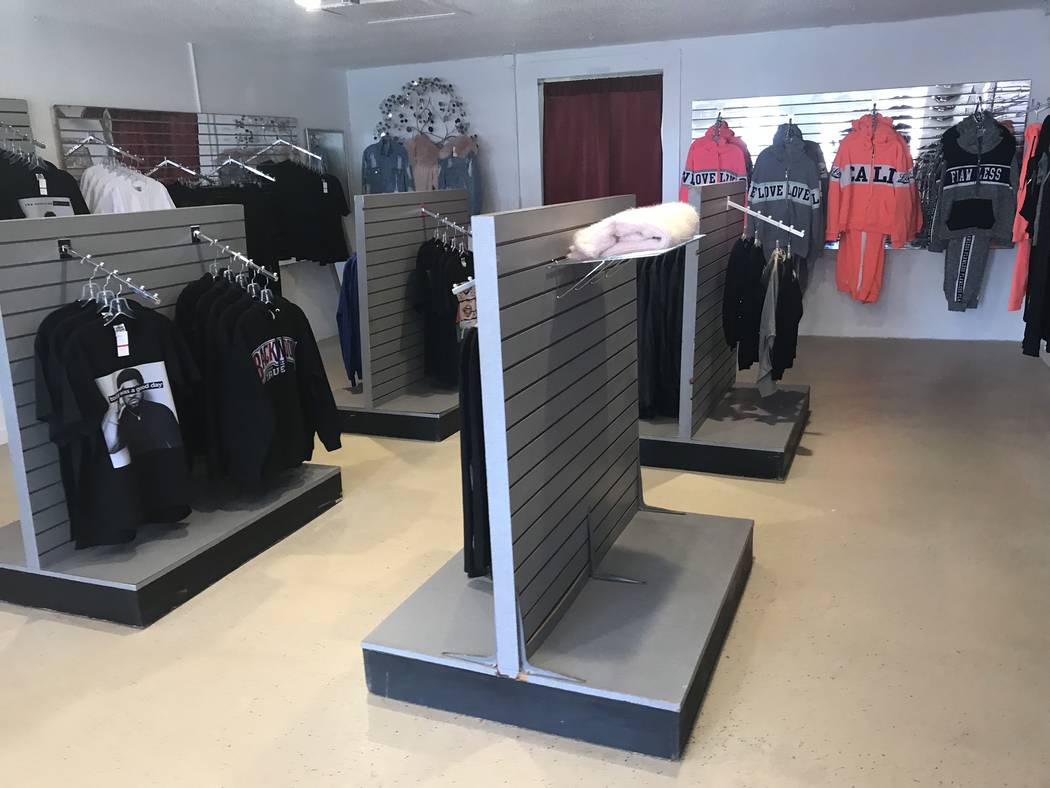 Jeffrey Meehan/Pahrump Valley Times Off the Street, a new clothing shop in Pahrump, is offering locals new options for apparel. The store, at 111 S. Frontage Road, Suite 7, is open 10 a.m. to 6 p.m., Tuesday through Sunday. 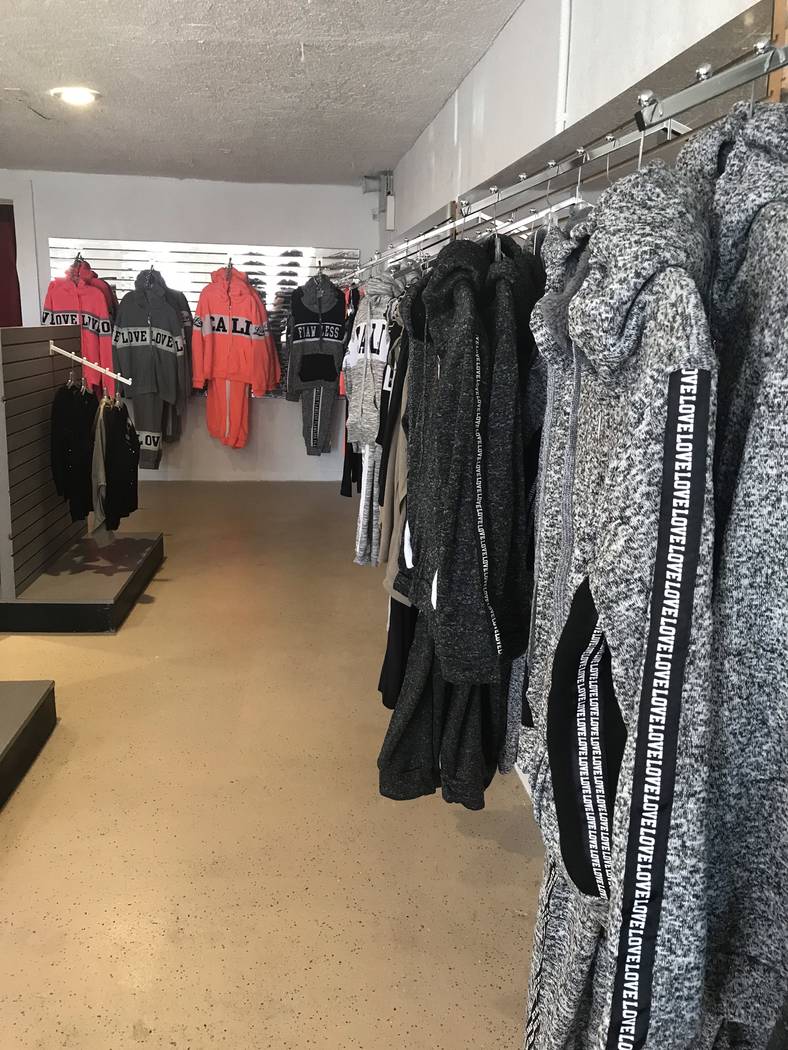 Jeffrey Meehan/Pahrump Valley Times Off the Street, a new clothing store in Pahrump, has several options for those cool-weather needs. A new spring line is just around the corner. 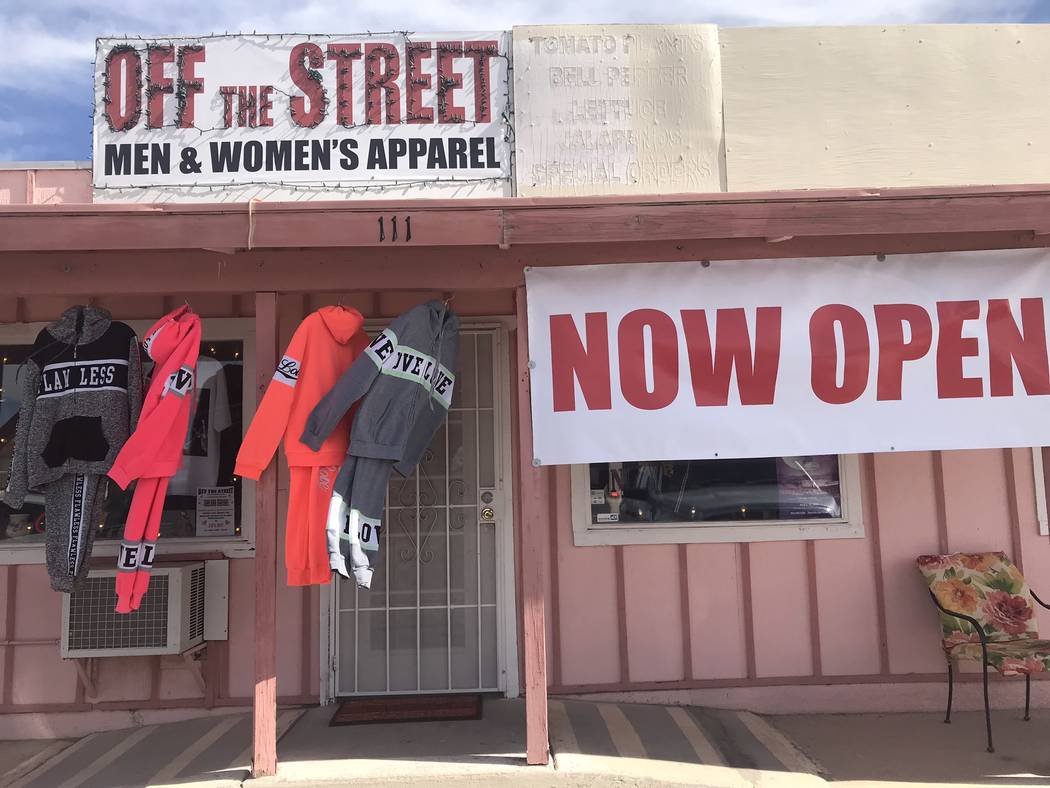 Jeffrey Meehan/Pahrump Valley Times The entrance of Pahrump's newest clothing store, Off the Street, on Feb. 15, 2019. 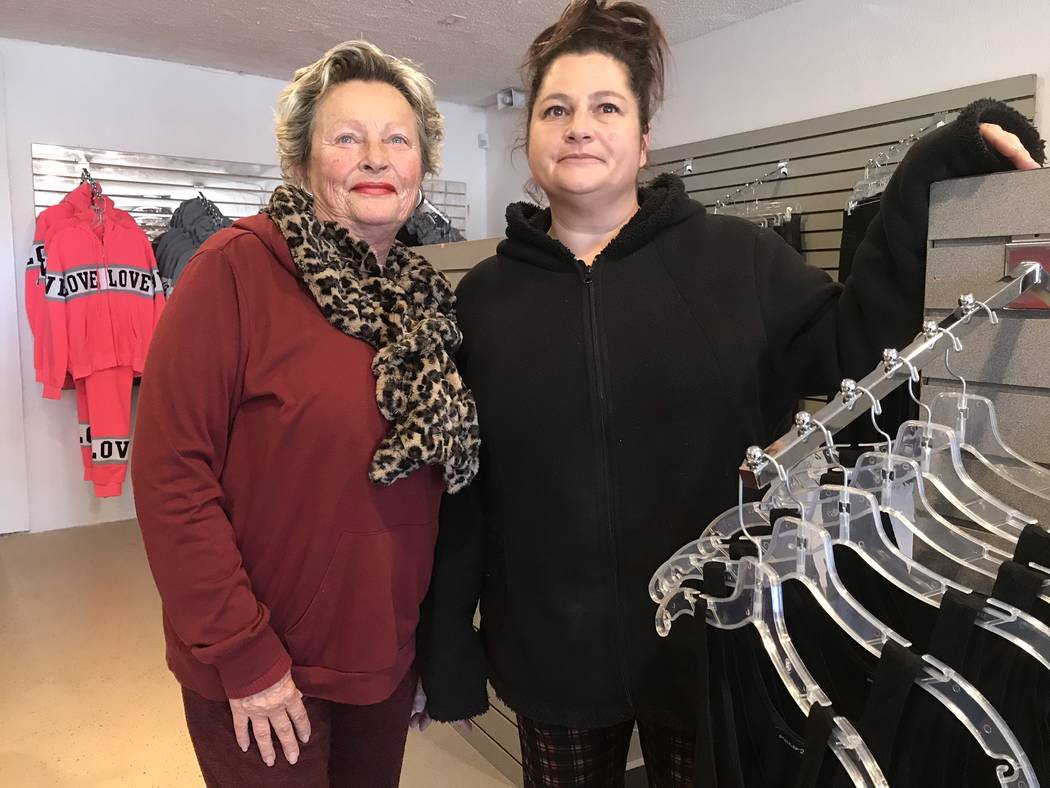 Jeffrey Meehan/Pahrump Valley Times Nicole McLaughlin (right) stands with her mother, Suzanne Robbins (left) at her newly opened clothing store Off the Street in Pahrump. McLaughlin opened the new store in February; her mother has been helping her get things set up in the new space.

A new clothing shop opened its doors in recent days in Pahrump.

Nicole McLaughlin, owner of a new retail clothing store named Off the Street, is ushering in a new option for area shoppers at an affordable price. The new store is located on the north side of town at 111 S. Frontage Road, Suite 7, near the corner of E. Basin Avenue and Highway 160.

“We just thought that Pahrump needed a clothing store,” McLaughlin said. “There’s not much out here but Walmart.”

McLaughlin said things have been picking up since opening the doors earlier this month in the store that focuses on clothing for men and women, along with young adults.

“When we originally started doing this, we were just on the street corner, just to see if people were going to like what we had or buy it before we took the next step,” McLaughlin said.

McLaughlin has worked in property management and as a Realtor in the area for the last several years.

“We’re excited,” said McLaughlin’s mother, Suzanne Robbins, who is helping her daughter get things going with the store. Robbins, who has also worked as a Realtor for many years in Southern Nevada, has had some past industry experience with owning clothing stores in the Las Vegas area in the late ’70s and early ’80s.

“We’re really excited about everything,” Robbins said. “It’s starting to feel like a store. People are coming in, and they’re coming back.”

McLaughlin said this is her first store but said she’s always wanted to open one.

Off the Street might have something of a competitive edge over online retailers as well.

“It’s hard to buy clothes online,” McLaughlin said. “You get it, and it’s not the right size—at least that’s the problem I have all the time.”

McLaughlin hopes to eventually expand and bring in more items.

“Eventually, we’d like to sell accessories and stuff like that,” she said. “But as for now, it’s just clothing. We want to get into shoes. We want to do all that, but it’s going to take the support of Pahrump for us to do that.”

McLaughlin is currently working on bringing in her spring line, though there’s still a lot of cool-weather apparel at the store, including warm-ups and hoodies.