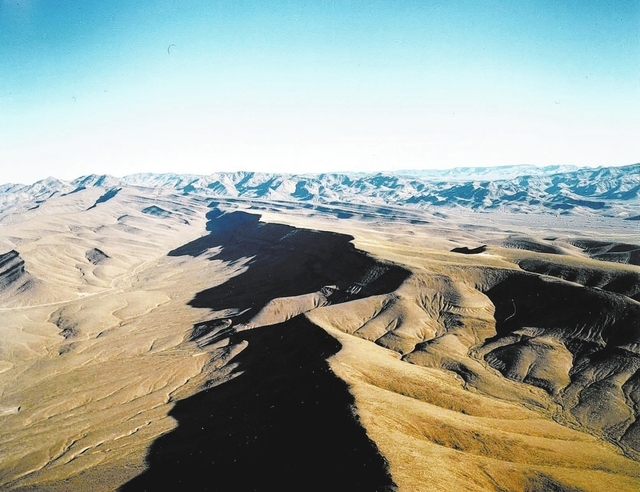 The Nuclear Regulatory Commission is planning two public hearings in Nevada this fall as it freshens up an environmental study of groundwater at Yucca Mountain.

The agency is eyeing September for the public sessions, a few weeks after a report draft is expected to be completed.

The report, a supplement to previous impact studies on the one-time nuclear waste site 100 miles northwest of Las Vegas, was announced formally Thursday in the Federal Register.

The Department of Energy assembled massive environmental impact reports on Yucca Mountain in 2002 and 2008 when it was bidding for a nuclear waste repository license.

But the DOE, which no longer is interested in the site, declined to perform a full groundwater update as requested by NRC analysts. So the NRC is doing the work itself.

Analysts plan to update the potential for radioactive material to seep into groundwater beneath the mountain where 77,000 tons of decaying nuclear plant fuel would be buried in corrosion-resistant canisters. While the odds that the Yucca site will be developed into a repository might be growing long, scientists say there is still much understanding that could be gained from the exercise.

The study also will serve another purpose: To help burn off what little money remains in NRC coffers for the Yucca program.

The agency is under court order to keep moving forward on the project, at least until its money runs out or until Congress approves more spending, which hasn’t happened for the past several years.

The NRC estimates the groundwater study will cost around $2 million. Coupled with administrative wrap-up and science reports that were finished and released in the fall, NRC documents show it will have spent $12 million or $13 million of the $13.5 million in its Yucca fund.

When the money runs out, and if Congress declines to spend more, the Yucca Mountain Project finally might get put on the back shelf to gather cobwebs — until it is resurrected.