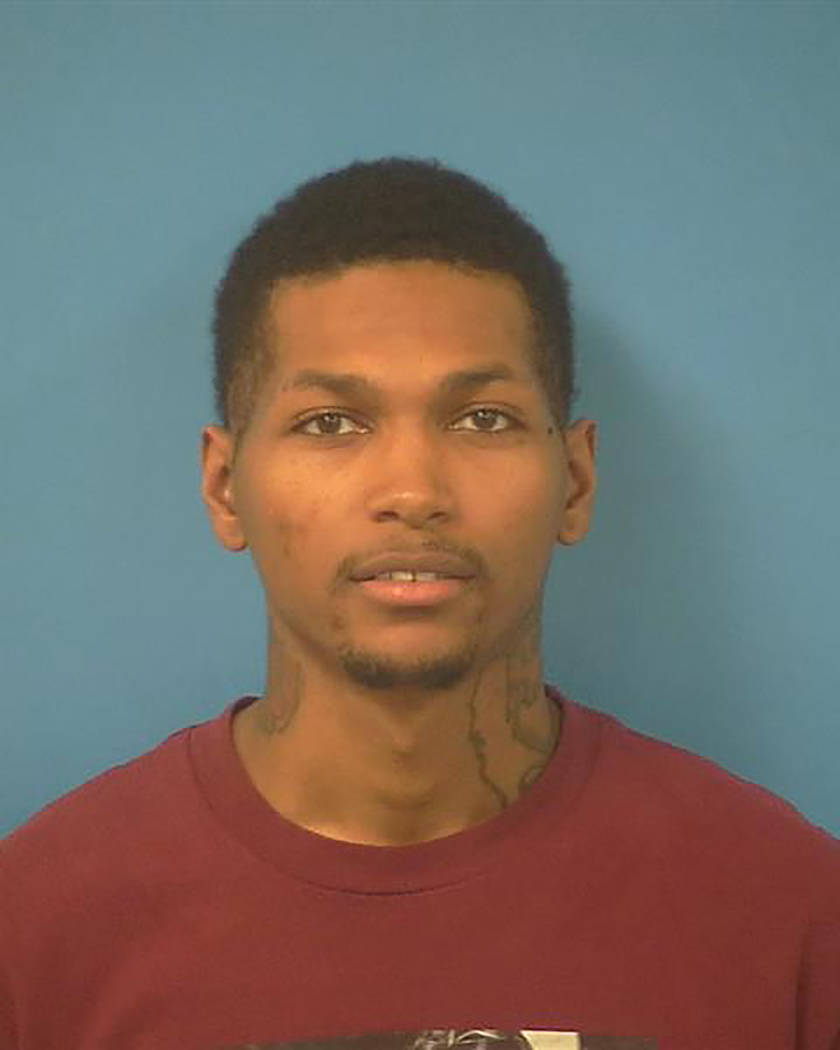 Special to the Pahrump Valley Times Shawndarro Marcel Thomas, 26, remains behind bars on attempted murder and domestic battery charges after a shooting at the Courtyard Apartments just before 12 p.m. on July 4. Thomas’ bail stands at $203,000.

A man shot during a July Fourth dispute is undergoing treatment at UMC Trauma in Las Vegas for life-threatening injuries received in Pahrump.

Nye County sheriff’s deputies were dispatched to the Courtyard Apartments on Dandelion just before 12 p.m. after reports of shots fired.

A sheriff’s office news release stated deputies made contact with the male victim, who sustained a gunshot wound to the upper chest, and a female at the scene.

“A female identified the man as Shawndarro Marcel Thomas, 26, who assaulted her physically before the shooting,” the release stated.

“The female and Thomas have a child together. The female victim was transported to Desert View Hospital for the treatment of her injuries.”

During the investigation, detectives, and deputies identified Thomas as the suspect, who had already fled the scene.

He was placed under arrest and transported to the Nye County Detention Center, where he was booked on attempted murder and domestic battery charges.