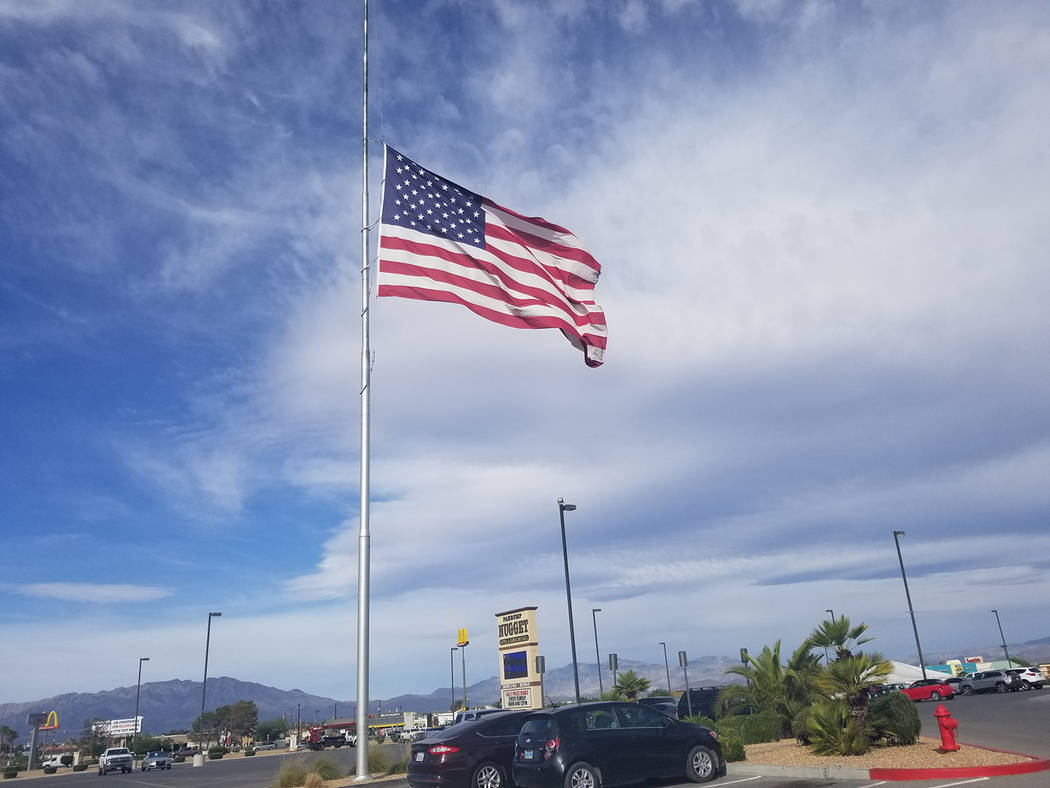 David Jacobs/Pahrump Valley Times An American flag is shown flying at half-staff in Pahrump on May 15 in honor of Peace Officers Memorial Day. 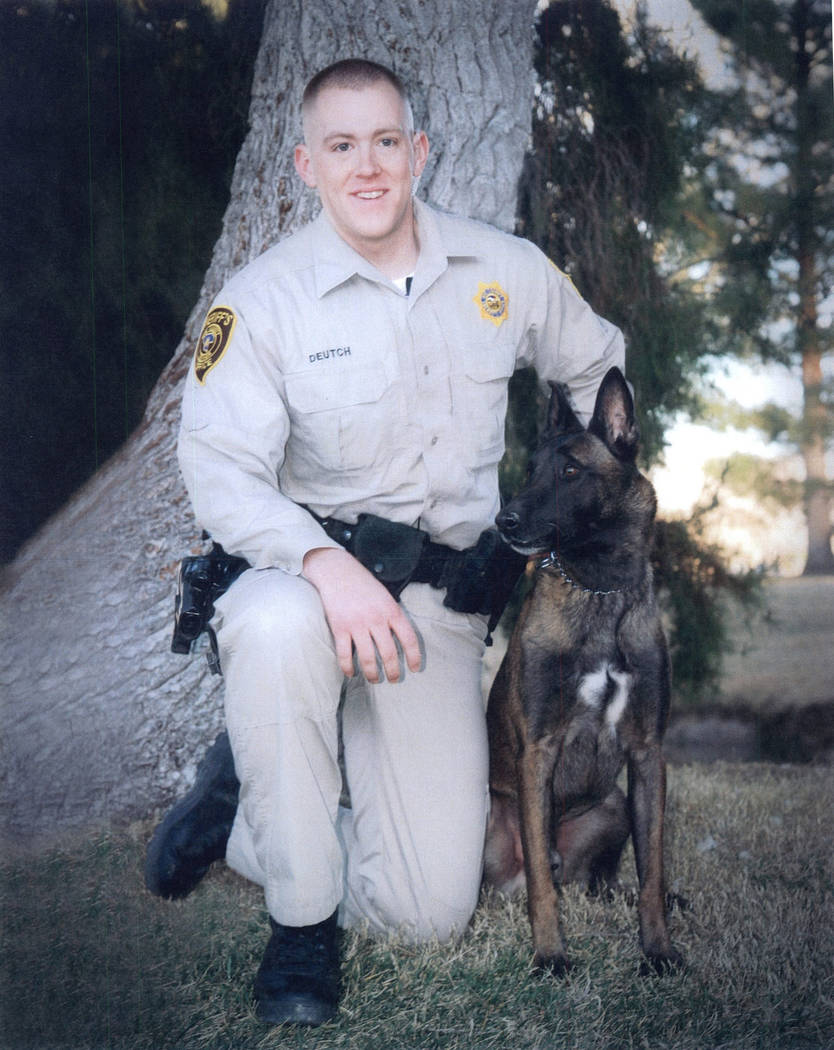 Pahrump Valley Times File Photo Next year will mark the 10th anniversary of the death of Nye County Sheriff's Office Deputy Ian Deutch, who was killed in the line of duty will on April 26, 2010 while responding to a domestic violence service call at a local casino. On Wednesday of this week, Nye County Sheriff Sharon Wehrly ordered all Nye County Sheriff’s Office deputies to wear their Class-A uniforms and shroud their badges in honor of fallen Nye County officers as well as fallen officers across the nation.

With flags at half-staff around the local community, Pahrump, like many other municipalities across the country, observed National Peace Officers Memorial Day on Wednesday, May 15.

The day, according to the National Law Enforcement Officers Memorial, is set aside to honor the brave men and women who made the ultimate sacrifice.

Since the first known line-of-duty death in 1786, more than 21,000 U.S. law enforcement officers have made the ultimate sacrifice, according to the agency.

Since August 31, 1867, eight Nye County law enforcement officers have died in the line of duty.

It’s been more than nine years since a Nye County Sheriff’s Office deputy lost their life in the line of duty.

On April 26, 2010, Ian Michael Deutch, while responding to a domestic disturbance call at a Pahrump casino, was ambushed by a man shortly after exiting his marked patrol vehicle.

The incident began when deputies were dispatched to answer a 911 call from a woman who said her boyfriend was driving close behind and shooting at her car, as she tried to flee.

Deutch, 27 at the time, was slain on his second day back on the job after returning from a tour of duty in Afghanistan with the Nevada National Guard.

Though he was wearing a protective vest, Deutch was killed after being shot three times with an assault rifle, where at least one round penetrated the vest.

The shooter was killed by a fellow deputy who returned fire.