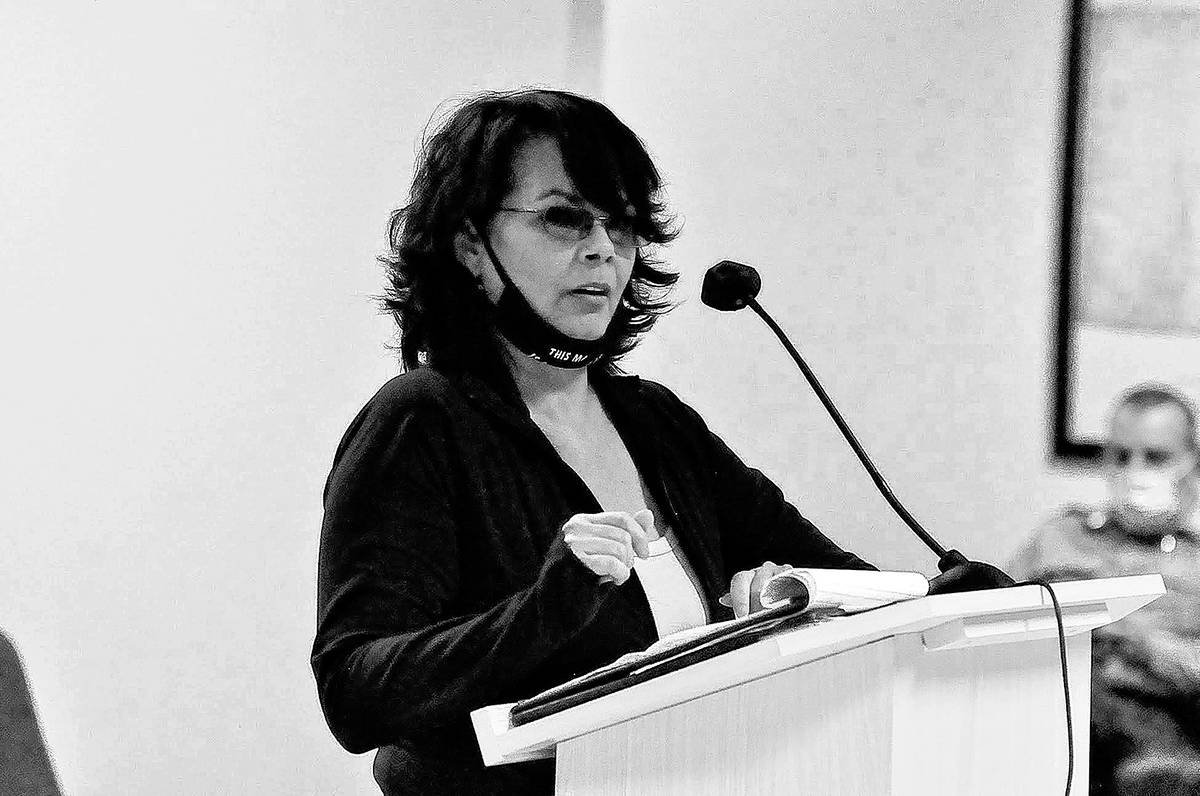 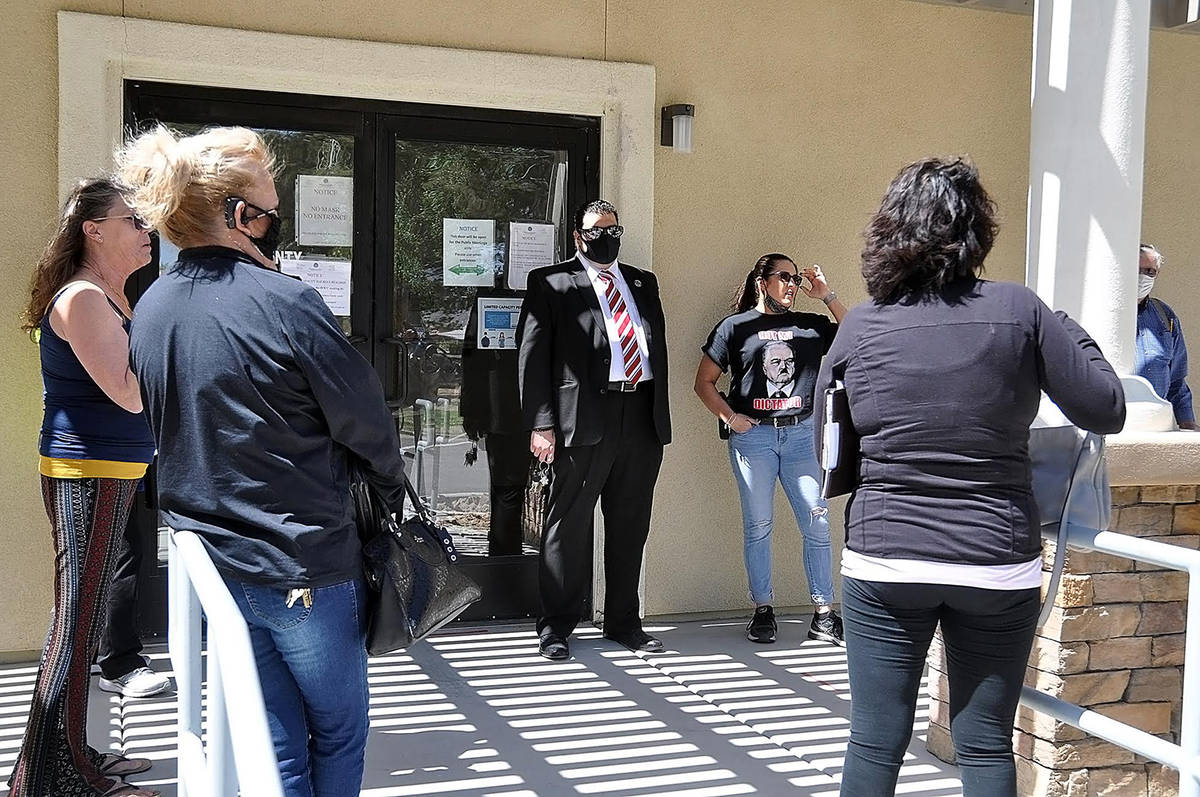 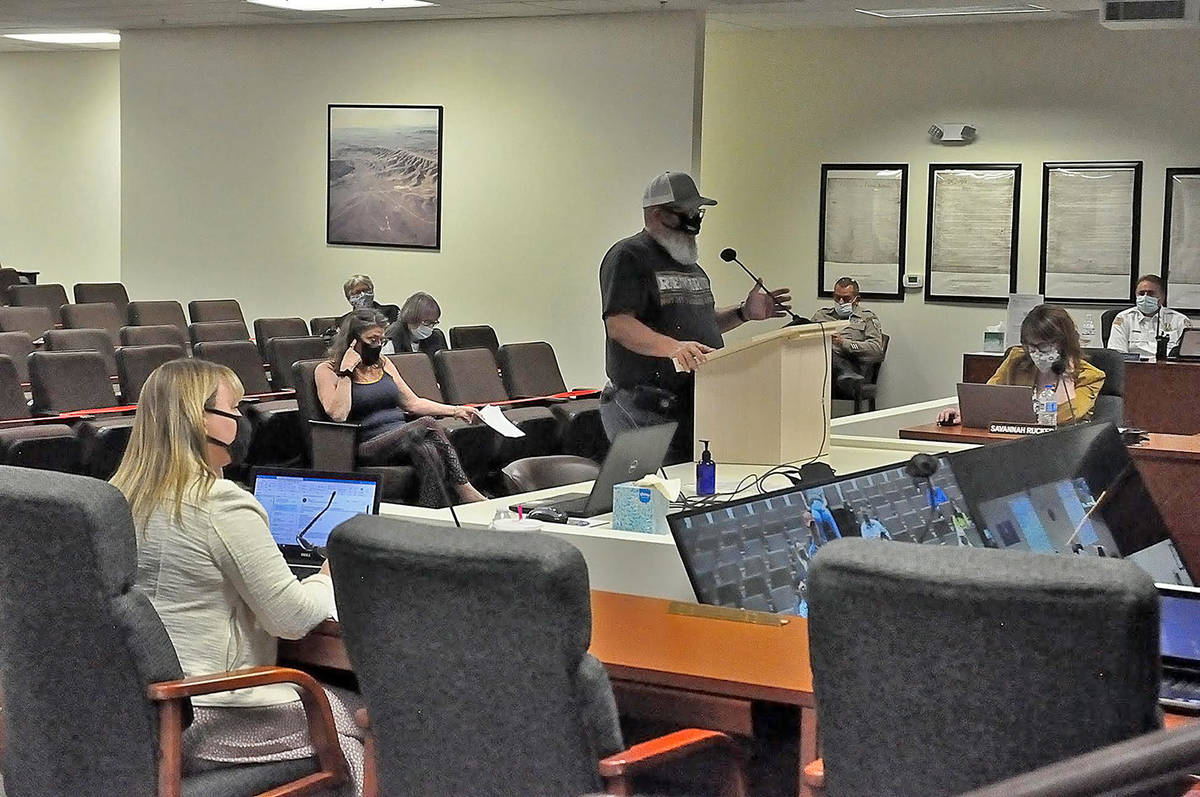 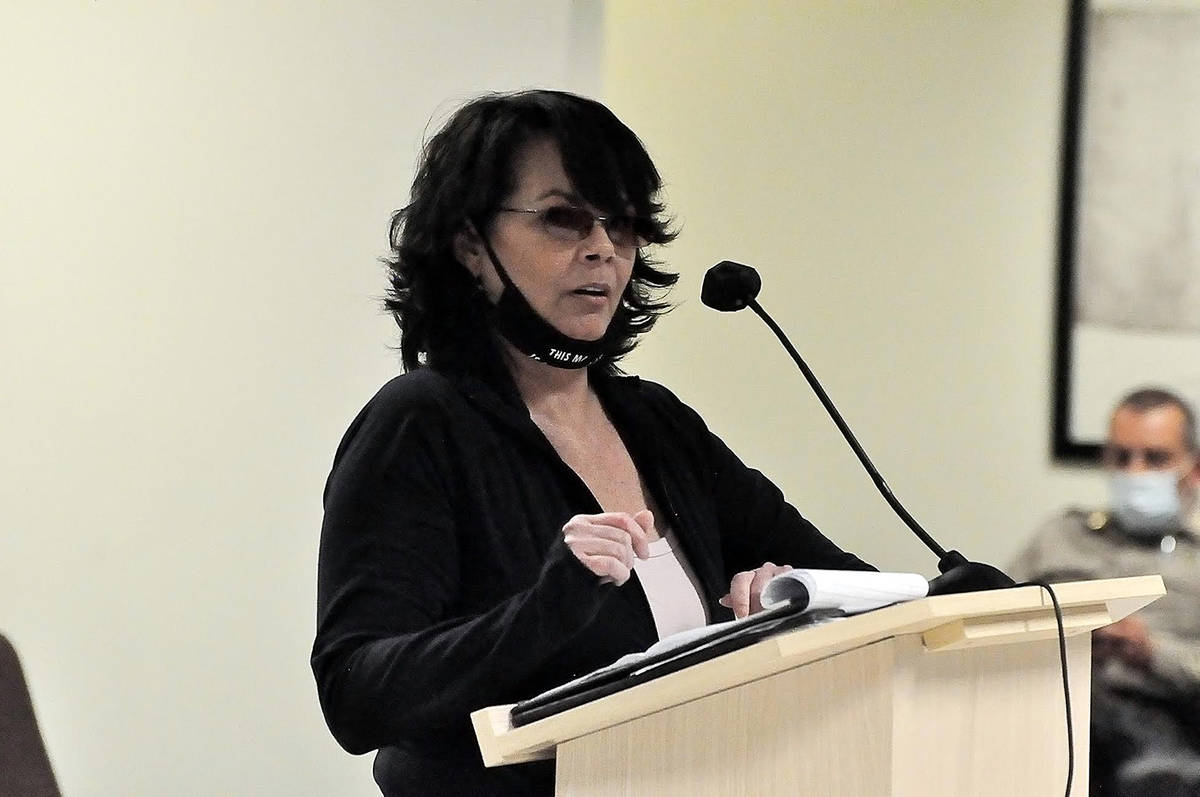 As approved, the agenda item was to, “1) Fully reopen Nye County to 100% occupancy; 2) Based on CDC guidelines, recommend but not mandate mask wearing in Nye County. Nye County will not violate a citizen’s constitutional right if wearing a mask is against their religion, or they are exempt per the governor’s directives.”

The action has led to a wave of confusion as residents and business owners question just what it means to them, and county officials grapple with determining how to implement the decision.

One of the main points of confusion centers on the mask issue. The county commissioners’ decision to allow people to choose whether or not to wear a mask flies in the face of Nevada Gov. Steve Sisolak’s statewide mask mandate, which has been in place for more than a year and which the governor’s office has announced will continue to remain in place for an undetermined time period.

Many have interpreted Tuesday’s action by the Nye County Commission to mean that businesses in Nye County should now cease to require masks upon entry. However, that is not the case. The item appears to give businesses the ability to choose, but it does nothing to shield them from liability if they decide to go against the governor’s mandates.

It is important to note that businesses can still require patrons to wear masks while at their locations. Businesses are private property and business owners have the right to refuse service to anyone so long as that refusal is not based in discrimination against a protected class. A good example of this is the commonly seen, “No shoes, no shirt, no service” policy. There are no laws that dictate that a person must wear such items to enter a business, but the business has the right to make it a requirement if they so choose. Residents need to keep in mind that even with the commissioners’ decision regarding the mask mandate, if they enter a business, they must comply with that business’ policies, including any related to masks and face coverings. Their other option, of course, would be to take their business elsewhere.

In addition, Nye County Commissioner Frank Carbone made it quite clear that just because commissioners voted to reopen and allow people to go without masks, that does not mean liability for businesses is suddenly gone, or assumed by the county. He pointed out that in the event that OSHA inspectors were to visit a location in Nye County where mask wearing is not being observed, or one in which there is more than 50% occupancy prior to May 1 when commissioners will have control over capacity limits per the state’s Roadmap to Recovery plan, OSHA officials can issue a fine to the business owner for violating Sisolak’s emergency mandates, or even shut the business down. Any fine issued, Carbone reiterated, would not be the responsibility of the county but of the business owner.

As for Nye County Commissioner Leo Blundo, who called for and sponsored the agenda item, he said he feels the intent behind the commission’s action is quite clear.

“The spirit of the intent of this item was the people’s desire to see their local governing body was willing to listen to them and stand up for what they wanted,” Blundo told the Pahrump Valley Times. “It’s not the government’s job to suppress the people but rather, to be an advocate for the people. We as the Nye County Board of Commissioners have authority over Nye County. There is nowhere in NRS that states we do not. When you make edicts and the Legislature has had opportunities to address the situation and has failed the people in not doing so, it becomes unlawful and it is our duty to stand up for the oath of office we took as commissioners.”

Blundo emphasized that the intent of the item was the stand up for the wishes of the people of Nye County, adding, “The continued complete shutdown of some Nye County businesses and partial shutdown of others, kids being out of school, healthy people being ‘forced’ to wear a mask, is not good for the community’s morale, nor our local economy… We need to be open, people have a right to choose how to responsibly care for their health and a right to make a living and our kids need to be in school full time, getting an education.”

Proponents of the action, including Battle Born Patriots Nye County Lead Dee Mounts, former Nye County Commissioner Dan Schinhofen, attorney Joey Gilbert and residents Sue Quale and Amanda Nichols, all of whom were involved in getting the item heard, hailed it as a great triumph for the community. Over the course of the marathon meeting, dozens of area residents came forward to speak in support of the action, many of whom asserted that they believed the governor’s mandates were not legal in the first place. Accusations of “dictatorship” came thick and fast as public commenters aired their grievances and they were obviously overjoyed with the unanimous vote to approve.

Others, however, have expressed concerns about the legality of the move, including the Nye County District Attorney’s Office.

Before the item was opened for discussion on Tuesday, Nye County District Attorney Chris Arabia explained that it had not passed legal review. He emphasized that this has nothing to do with his personal opinion on the topics at hand, he was simply concerned with the apparent lack of legal backing for the move. Nye County Manager Tim Sutton agreed, adding that he too was reticent as he also didn’t feel the commissioners have to authority to go against the governor’s mandates.

He wasn’t the only one to express some hesitation either, with commission chair Debra Strickland stating that she was concerned the action would prove difficult to administer. Carbone noted that businesses which decide to ignore Gov. Sisolak’s emergency mandates can still be fined by OSHA and commissioner Bruce Jabbour chimed in to state that he was well aware of the near impossibility of challenging such fines, as he himself had tried to fight an OSHA fine and failed.

However, in the end all five commissioners voted in favor of the item.

“Businesses understand that OSHA can still come in and cite them if they are unhappy with a business’ occupancy level or anything else. Citizens understand that a business can require them to wear a mask to patronize their business. But, the people of Nye County now know that their local elected body stands with them and will fight for them and their constitutional rights. It is time to get back to normal as we all knew it 390 days ago,” Blundo stated.

It is still unclear as to whether the action taken at Tuesday’s meeting means that those visiting Nye County offices, such as planning, licensing, the recorder’s office, administration, etc., are no longer required to wear masks, or if county employees will no longer be required to wear masks. Similarly, it is currently unknown whether the Nye County Commissioners’ Chambers will be opened to 100% capacity, without blocked off seats, something that became a point of contention on Tuesday after several members of the public were made to wait outside the building due to the 50-person limit.

When asked by the Pahrump Valley Times on Wednesday about these particulars, Sutton responded, “We’re still looking into how to implement the BoCC’s decision yesterday.” He assured that an update would be provided once more details are determined.

At the same meeting, Nye County commissioners also gave their approval to a resolution calling on the Nevada State Legislature to terminate the declaration of emergency in Nevada. This item also drew a plethora of public comment, all of which was heartily in support of the resolution.

“Be it further resolved that NRS 414.070 confers upon the governor or the state Legislature the power to declare, and the power to terminate, an emergency under said chapter,” the resolution reads. “It is the opinion of the Nye County Board of County Commissioners that the best interests of Nye County would be served by the Nevada Legislature passing a resolution terminating the state of emergency.”

Though there is little likelihood of this happening, as Republican members of the Democrat-controlled Legislature have already repeatedly attempted to have such a bill come up for a hearing without success, commissioners voted unanimously to approve the resolution so as to make Nye County’s position on the matter clear.

Those interested in viewing the discussion and public comment made during the meeting can do so by visiting www.nyecounty.net and clicking on the “Meeting Center” link. The video is for the Tuesday, April 6 commission meeting. The resolution is item #32 and the item regarding fully reopening and the mask mandate is item #33.