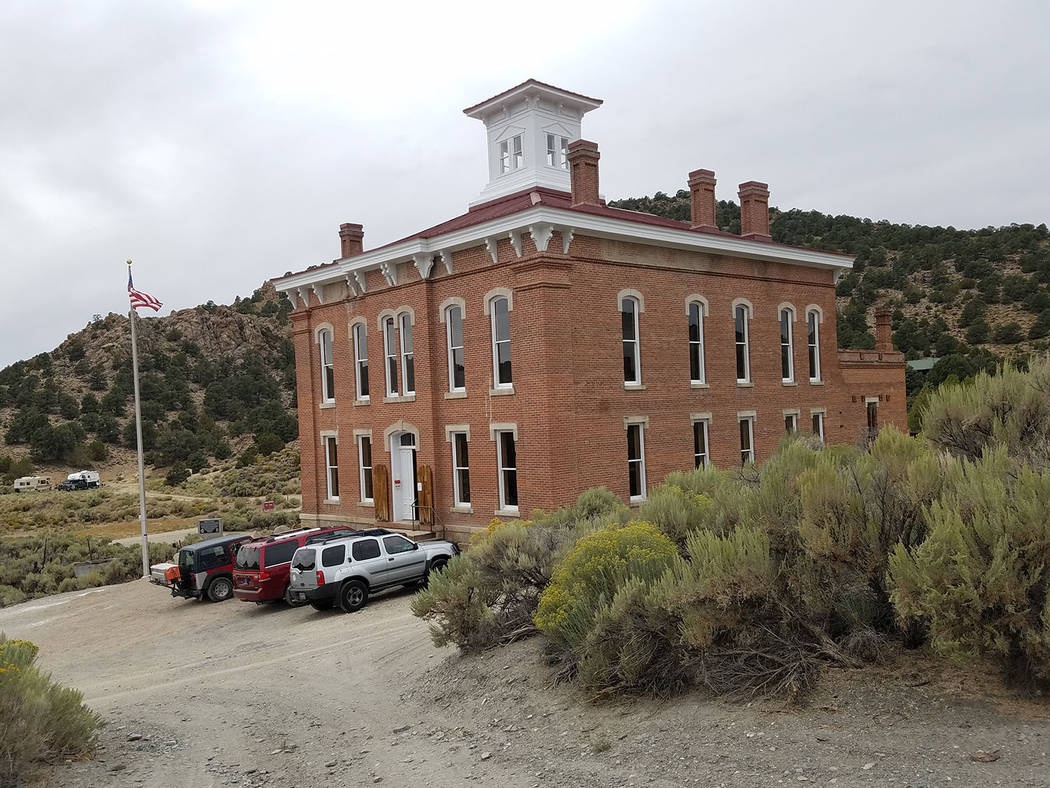 David Jacobs/Times-Bonanza A look at the historic Belmont Courthouse in Nye County. Belmont is along former Nevada Highway 82. 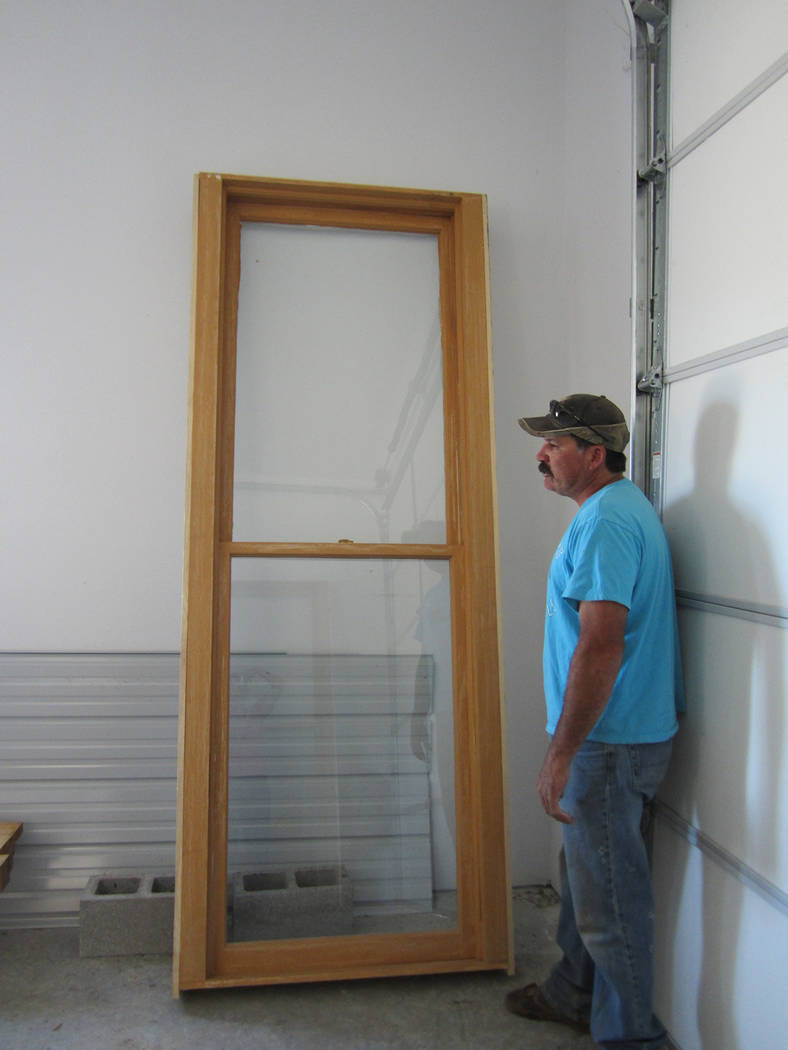 Special to the Pahrump Valley Times Period replica windows, including the one pictured, have been installed at the Belmont Courthouse as part of the ongoing restoration project. A $52,000 contract was recently approved for stabilization and repair of the structure. 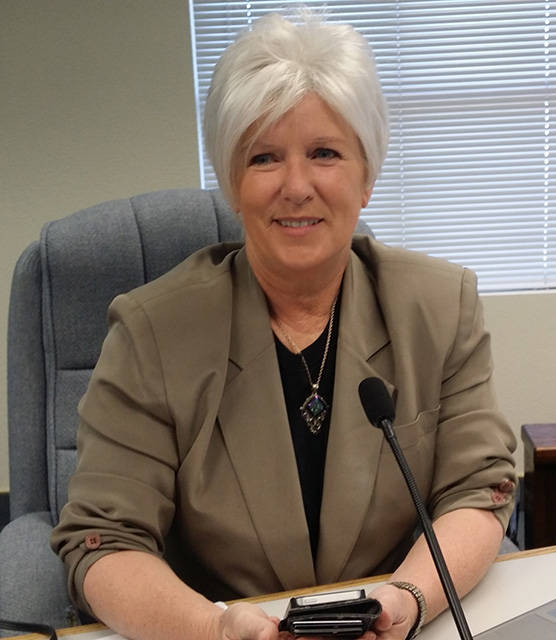 The Belmont Courthouse will soon see construction on a restoration project following Nye County approval of a contract with Ben F. Dotson Construction Inc., based out of Fallon, Nevada.

The contract totals $52,218 to be funded from the Nye County Capital Improvements fund and includes stabilization and repair of the existing structure.

“Many years ago the park service was the authority charged with preservation of the courthouse,” Wichman explained of its history.

“The roof was leaking and many of the windows were broken and some doors wouldn’t close securely. The residents of the town were desperately trying to preserve and protect the building.”

Wichman said the park service was unable to secure the funding necessary to fix the roof so the building was eventually returned to Nye County’s ownership.

The commission then approved a request to replace the roof, with the design and materials approved by the State Historic Preservation Office, a project that was ultimately completed.

However, there was still much work to be done to return the building to its original glory and that was a main motivating factor behind the formation of the 501(c)3 organization the Friends of the Belmont Courthouse, Wichman detailed.

The nonprofit began fundraising efforts to restore the windows and doors to protect the building from damaging weather and Wichman was appointed as the commission liaison for the organization.

“All restoration efforts are done to the specifications and approval of the State Historic Preservation Office,” Wichman stated. “The 501C(3) uses the services of that office’s recommended engineer for structural renovations.”

Wichman noted that with the publishing of various writers in travel and tourism outlets, the popularity of the tour of the courthouse has increase exponentially and that has created a need to ensure the structure is properly stabilized.

“With that popularity growing, it is the responsibility of the county, as the owner of record, to make the structure as safe as possible for the visitors,” Wichman said. “This contract will be the first action beyond protecting the building from the weather.”

Wichman also noted that the staircase within the courthouse, which is the dominant view when entering the building, will also be restored.

“The State Historic Preservation Office and the recommended engineer approved the restoration plans for that staircase to ensure it is structurally sound to continue the tours,” she said.

As for the future, Wichman said the Friends of the Belmont Courthouse hope to eventually renovate room by room and furnish with period pieces to represent an interpretation of how it may have looked in the active years.

“They have gathered photographs and documents that offer some clues to that end… We are all very excited to have a successful bidder and look forward to the finished staircase.”