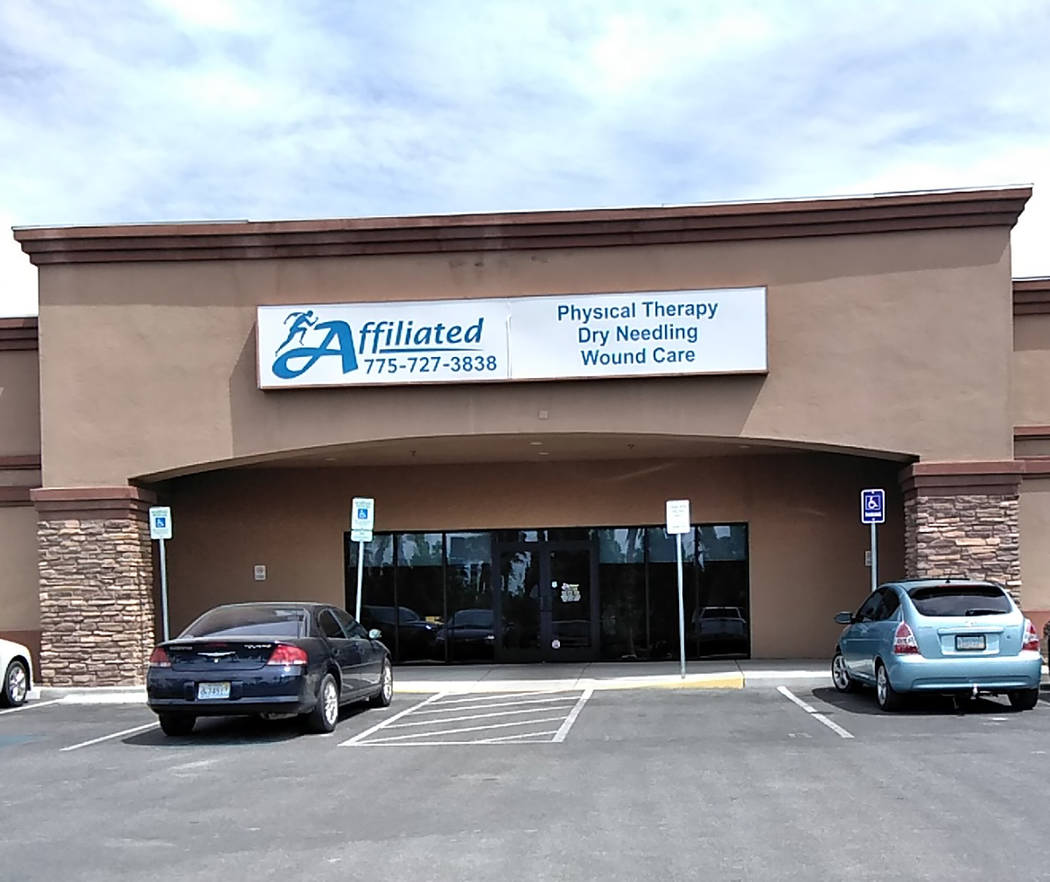 Selwyn Harris/Pahrump Valley Times The Nye County Sheriff's Office has issued a warning regarding a local phone scam where the residents are threatened with legal action over and overdue bill. The caller claimed to be associated with Affiliated Therapy in Pahrump. Affiliated Therapy officials said the facility never solicits payments over the phone, as all payments are facilitated via the postal service.

If you receive a phone call from a person claiming to be a representative of Pahrump’s Affiliated Therapy, looking to collect a payment, the Nye County Sheriff’s Office says it is a scam.

“The caller claims to be with Affiliated Therapy and tells recipients of the call that they have a billing debt and attempts to collect payment,” Horak noted. “Additionally, the caller said the debt must be paid right away or it will go to court. This is a scam and if you receive one of these calls, you should ask as many questions of the caller as possible, but don’t pay any money.”

Horak went on to say that Affiliated Therapy does not bill anyone in that fashion.

Described on its website, Affiliated Therapy, at 2250 E. Postal Drive in Pahrump, provides a wide variety of physical therapy services to its patients.

Affiliated Therapy Chief Operating Officer and General Manager Sean Hastings said he learned about the scam after front desk employees began receiving phone calls from area residents inquiring about the past due bills.

“They were asking us about the claim over the telephone,” he said. “They were saying that the caller told them they had a past due bill, and if they didn’t pay it immediately, they would be referred to collections and possibly sued. The scammers were essentially creating a scare tactic.”

Additionally, Hastings noted that the proper billing processes are never handled over the phone.

“We actually use a billing company out of Wyoming, who handles all of our billing matters,” Hastings said. “We do have an in-house team in Las Vegas that handles other issues, but most of the bills would come from Wyoming. They would not call people on the phone for payment, but rather the bill would come in a letter form, via the postal service.

“If somebody did have a question, we also have a phone number on the statement that comes through the mail. We basically wanted to let the general public know that this is going around. As of Monday, April 15th, I have not heard of any further incidences.”

Anyone with additional information regarding the phone scam is strongly urged to contact the Nye County Sheriff’s Office at 775-751-7000, or sheriff@co.nye.nv.us.