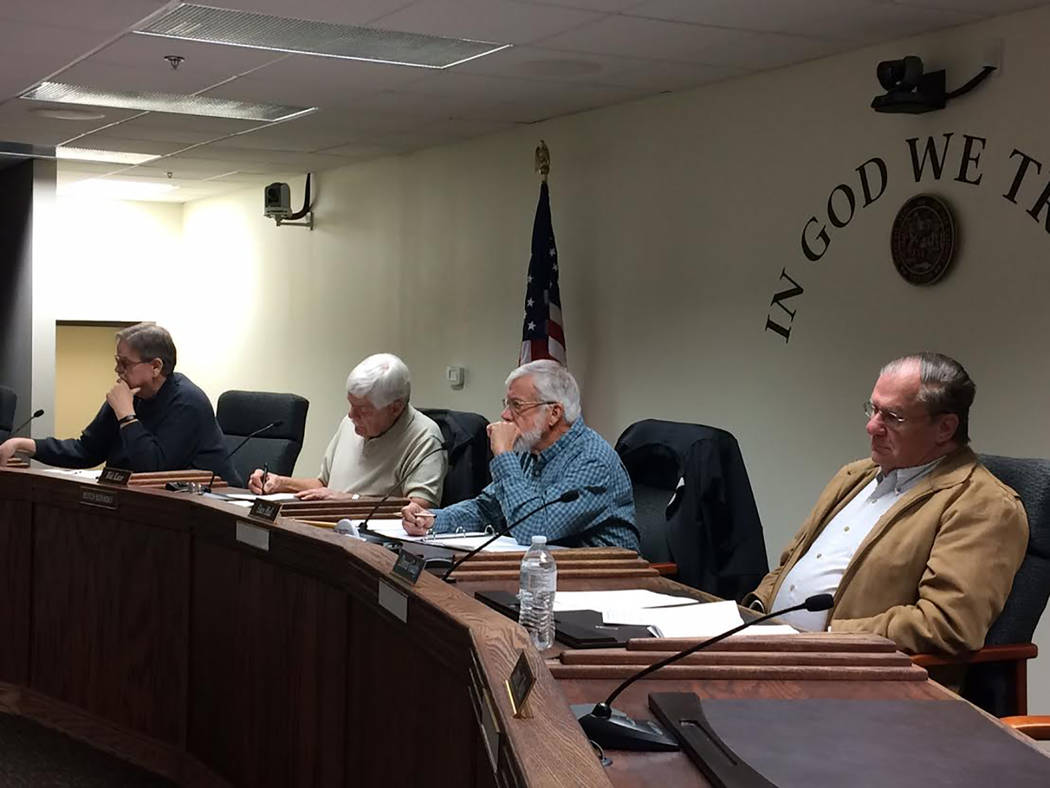 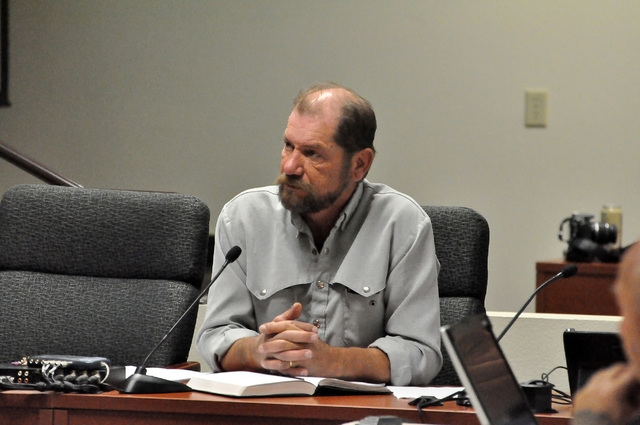 The Nye County Water District Governing Board has adopted the newest version of the Basin #162 Groundwater Management Plan, which addresses the water issues in the Pahrump Valley.

The GMP has been described as a “living document” that changes alongside the ever-changing water situation. With the addition of new information, projections and figures, the plan is adjusted to reflect the approach the water district believes is best for ensuring a sustainable local water supply.

One of the main revisions made to the GMP is contained within “Table 3,” an informational table that details water rights and use commitments in terms of future conditions.

This table was created by Nye County Water District Governing Board General Manager Oz Wichman, using the most current information available to the district. Projecting to the year 2068, Table 3 estimates an annual 6,660 acre-foot water deficit given the existing and projected parameters in the valley.

Wichman provided a reiteration of the work that has been done on the GMP since it was initially adopted in 2015 and noted that he was now calling for the board to hone in on what he felt were key proposals for the future, what Wichman termed the “meat and potatoes” of the plan.

According to Table 3, the water district has determined there are a total of 62,926 acre-feet of water commitments in the valley, including those for current domestic wells, subdivisions and commercial projects, as well as those for potential growth in each of these sectors.

However, not all of this total is expected to be utilized in the next 50 years.

The table details that there are roughly 11,000 acre-feet of water rights dedicated to current projects that will likely never be pumped, based on average consumption rates. In addition, there is the potential for 8,174 additional acre-feet of over-dedication. Information provided to the board explained that this number was calculated as two-thirds of the 12,262 acre-feet of water rights currently held by utilities that have not yet been dedicated by recorded file maps or for commercial projects.

Over-dedication in terms of domestic well use was also included in the table. While domestic wells are entitled to pump up to two acre-feet of water per year, the water district, along with numerous other entities, has consistently used a 0.5 acre-foot annual pumpage estimate for all domestic wells.

With a projected 2,000 new domestic wells requiring water rights relinquishment under Nevada State Engineer Order #1293 in the next 50 years, Wichman calculated that the over-dedicated amount would run to about 3,000 acre-feet. The projected over-dedication amount for new domestic wells that do not require relinquishment was reported at 2,840 acre-feet.

Taking the 62,926 acre-feet of committed acre-feet estimate and subtracting all of the current and projected over-dedication amounts, the adjusted water commitment came out to approximately 35,000 acre-feet.

With a perennial yield of 20,000 acre-feet, this leaves the projected deficit at 6,660 acre-feet.

To address this deficit, the GMP proposes several actions. Wichman said he had narrowed down the pool of possibilities to what he believed the board should focus on going forward.

Population limits were one thing that Wichman said was imperative to keep in mind. As determined by the amount of deeded land in the Pahrump Valley, the community could grow to nearly 500,000 people. However, water resources are not nearly enough to support such a massive population and the more conservative estimate of a population cap of 80,000 is now being used. This would allow for up to 198 gallons of water per day per person, as well as roughly 2,000 acre-feet of water to support irrigation.

Recharge in the form of Rapid Infiltration Basins for stormwater runoff and wastewater is another item Wichman said was a priority. The proposal of using RIBs, however, has been one that has divided the community in the past as some question the safety of such systems.

Tracking attrition would also help keep the GMP up to date and improving the Desert Research Institute water model of the local hydrographic area would help to provide more accurate figures, Wichman advised.

Nye County Planning Director Darrell Lacy said he too believed the water board should adopt the new version of the GMP but that would only be a step in the effort. “This is a plan and for us to get close to that (water balance) we’ve got to implement that plan with ordinances and others things to put some teeth into it,” Lacy said.

Establishment of ordinances relating to proposals contained in the GMP must be done by the Nye County Commission, which is the only entity with the authority to approve additions or amendments to county codes. However, there was no discussion during the meeting regarding whether any of the items contained in the newest version of the GMP will go before the commission for consideration in the near future.