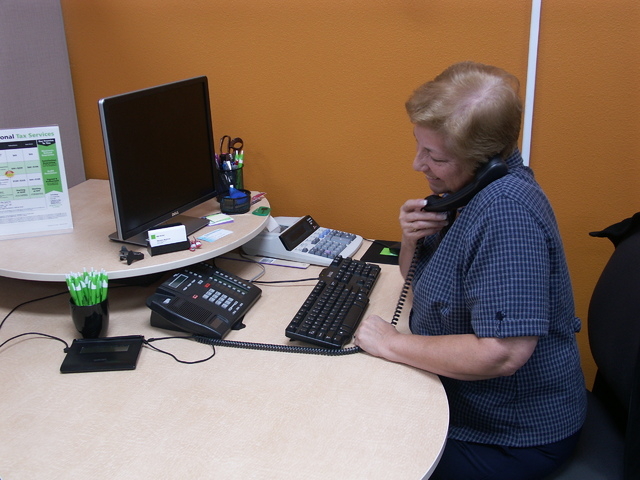 Americans filing tax returns this year can expect some major changes due to the Affordable Care Act, commonly known as Obamacare.

Local tax advisor Mercedes McAllister with H&R Block said the Act has changed the landscape of both health care and taxes. She noted there are now penalties attached to most families and individuals who don’t have health insurance this year.

A penalty could mean refunds might be reduced, or families and individuals could pay more if they owe taxes at the end of the year.

“The penalties can start from as little as $95 per taxpayer,” she said. “For instance, a husband and wife with two children it will be $95 for the husband and $95 for the wife. It will be half of the $95 for each one of the children, or one percent of the annual gross income, whichever is greater. The penalty kicks in only if they don’t have insurance.”

Taxes must be filed by April 15.

McAllister said certain exemptions can also be applied for if the family or individual qualifies.

As it pertains to the Act, there are two categories of exemptions that families and individuals may qualify for: those you claim when you file a tax return and those that you apply for with the health insurance marketplace for marketplace exceptions.

“You must complete an application and mail it to the health insurance marketplace,” she said. “If you meet the eligibility requirements you will receive an exemption certificate number that you will need when you file your tax return.”

“Maybe you have or will have a short gap in coverage for less than 3 months or maybe you have income below the filing threshold,” she said. “These are examples of tax return exemptions. Marketplace exceptions include hardships you may have endured as an actual medical and personal circumstance.”

McAllister said simple documentation such as identification, social security card as well as any dependent’s social security information and birth certificates is needed to file.

“Birth certificates should be provided especially when a person has been married once or twice,” she said. “We need to see the last names. From there, we ask them for all income documents from all jobs, social security, retirement and investment related documents.”

McAllister also noted that some documents received via the U.S. Postal Service tell the recipient if there is important information relating to taxes inside the envelope.

“If it says important tax documents on the envelope, bring it with you because we may, or may not need it, but you never know,” she said. “If they have their own business, we always tell them to bring all of their receipts because even if we don’t need it, we’ll tell you whether or not we do, or don’t require it.”

McAllister said if the required documentation is incomplete, delays and problems can ensue as a result.

“If for instance, they don’t have all of their medical receipts, we ask for whatever they have and then we set up a second appointment.”

McAllister said she would then make a list of what is needed when the client returns for the second appointment.

“If they go to their physician’s office, they can get a copy of what they have paid out,” she said. “The pharmacies will also give you a copy of what you have paid out over the year. Churches can get you a copy of contributions. As far as any of the other charities, unless they can actually get a hold of that charity, the charity would have their cancelled checks and get copies of them.”

Susan Wondra from the Pahrump Community Library said local residents can receive tax preparation assistance every Friday beginning next month until the middle of April. She recommends calling 775-537-4009 for an appointment.

“Starting Feb. 6 through April 10, a volunteer working through AARP, assists low income and senior citizens to file their tax returns here at the library,” she said. “Everything is filed electronically and all they need to do is have all of their tax information ready.”

Wondra said the library will be receiving tax forms soon, but the IRS will not be sending out instruction booklets in a change to save cost at the federal agancy.

“If an individual wants a booklet, they can call the IRS and they will send out a booklet to that person’s home,” Wondra said.

“I had an individual who let his sister do his taxes and he ended up waiting eight weeks,” she said. “He told me he wanted me to help him, but the forms were already submitted to the IRS so there was nothing I could do for him.”