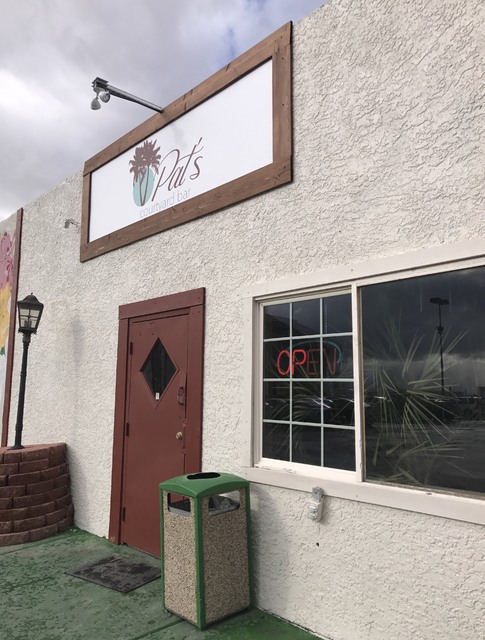 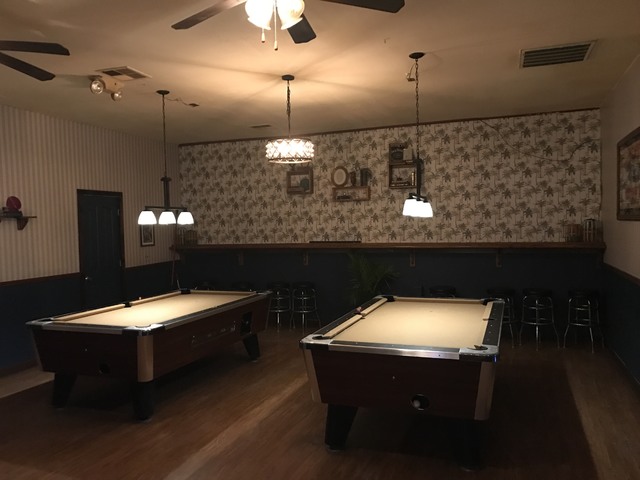 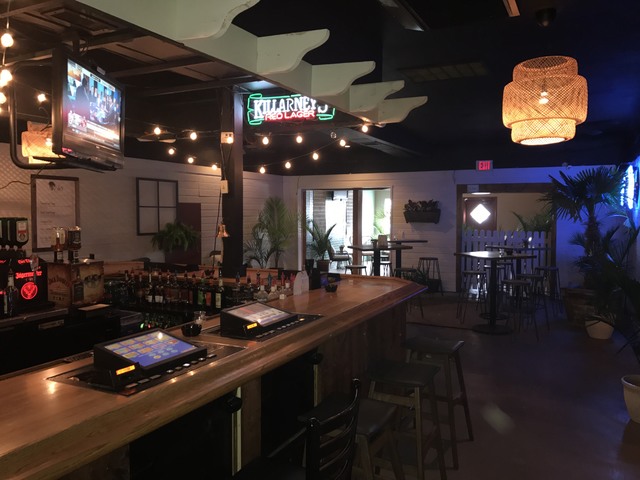 The bar area was touched up, new seating and decor was added and the lighting was made slightly brighter to create a more welcoming feel. Mick Akers/Pahrump Valley Times 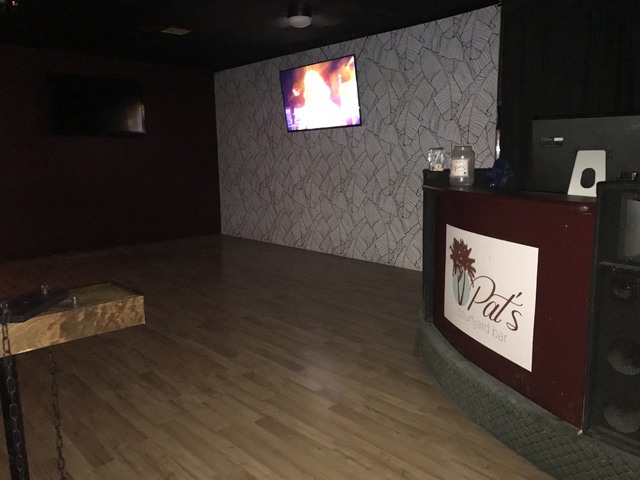 Now that the television crews from Spike TV’s “Bar Rescue” are gone, Russ Rodgers, owner of the newly renamed Pat’s Courtyard Bar is now gushing about the new look for his business.

Formerly known as Paddy’s Pub, the longtime nightlife staple in town was remodeled as part of Bar Rescue, Episode 133. The filming for the show began Jan. 9 and went through Jan. 12, when a grand reopening celebration to show off its new digs took place.

Bar Rescue seeks out bars that are in need of an update and usually features owners that are struggling financially. Host Jon Taffer goes in and creates a plan and the owners and staff must go along with his vision or the show won’t go through with the remodel.

Rodgers is unable to speak directly about that show, so a date for the airing wasn’t made available, but he did say he is pleased with how the remodeling of the business turned out.

Rodgers said the most noticeable difference when you walk in is the lighting. Compared to Paddy’s darker appearance, Pat’s, located at 1700 Pahrump Valley Blvd., is well-lit, showing off the new decor spruced up with foliage all around the establishment.

“The decor is lighter, airier and it’s light instead of dark,” he said. “It’s a little more tropical. We are going with the courtyard theme. It’s welcoming and yet we haven’t lost our fun appeal.”

To keep the fun vibe, the dance floor was expanded and a new sound system and new televisions were added to ensure those who want to be a little more active have the chance.

“We’ve got a kickin’ dance floor, we’ve put up new video screens,” he said. “During the day we’ve put in a new sound system and you get the app ‘Orange Door’, and you put in, ‘Hey, I want to hear Elvis Presley’s Heartbreak Hotel.’ It communicates with our system and it will play the video and the song.

“So you’ve got a jukebox that doesn’t cost you anything and you don’t even have to leave your seat,” Rodgers said.

Rodgers mentioned that the system features over 50,000 songs, so customers of all ages and walks of life should be able to find something they want to listen to while enjoying their drinks.

With the expanded dance floor, side railings were installed to give bar-goers a place to set their drinks down, while they dance the night away.

In addition, the bar’s pool tables were refelted, to ensure a fun, quality experience will be had. A cafe area was also added in the back to give customers a place where they can sit down and enjoy their meals.

Although any drink that a customer might want is still available at Pat’s with their full bar, they now feature a signature cocktail menu.

Consisting of libations like Pahrump and Honey, Courtyard Cola and Russ’ Lemonade, Rodgers said he thinks the drink menu will help those patrons who might be indecisive on choosing a drink.

“It’s more welcoming and for people that don’t necessarily have a drink it opens up their horizons on something new to try,” he said.

The bar is set to extend its hours and open at 11 a.m. to serve the lunch crowd. That time change is tentatively set to take place Jan. 30.

Since the remodel, Rodgers said that customers have been impressed with the new look, except for a few regulars who didn’t feel any changes were warranted.

“We do have several of the diehards that miss the old bar, but we take that as a compliment,” Rodgers said. “Almost to a person, the reaction has been overwhelmingly positive.”

Rodgers said along with the remodel they are aiming to reach a slightly different demographic, but are still there for those who want to let loose.

“We’re shooting for a slightly older crowd, but we’re not going to lose our fun,” he said. “The younger people are going to be able to come in and have just as much fun as they’ve ever had.”

The change of their target demographic had to do with a pair of issues.

“There was a conflict, not that they wouldn’t have liked it in here, but there was this rougher, younger crowd that may have kept some people out,” he said. “Also, the economy has been hurting over the last few years and we have to expand our customer base.

“We didn’t old-up the place, and we’re just boring, no. We’re still edgy, best pool tables in town, a lot to do. Karaoke, we’ve got a lot to do.”

Rodgers said that he is pleased with the remodel and he is eager to welcome in new and old customers alike.

“I’m very happy,” he said about the changes. “Change is always tough to go with, you’re comfortable and it takes you outside your box… we feel excited.

“One longtime customer said, ‘Russ, you blew me away. I don’t feel like I’m in Pahrump. Not that it’s a slight on Pahrump, but he felt transported to somewhere else. All I want is somebody to come in and take a look, we’ll have you after that.”