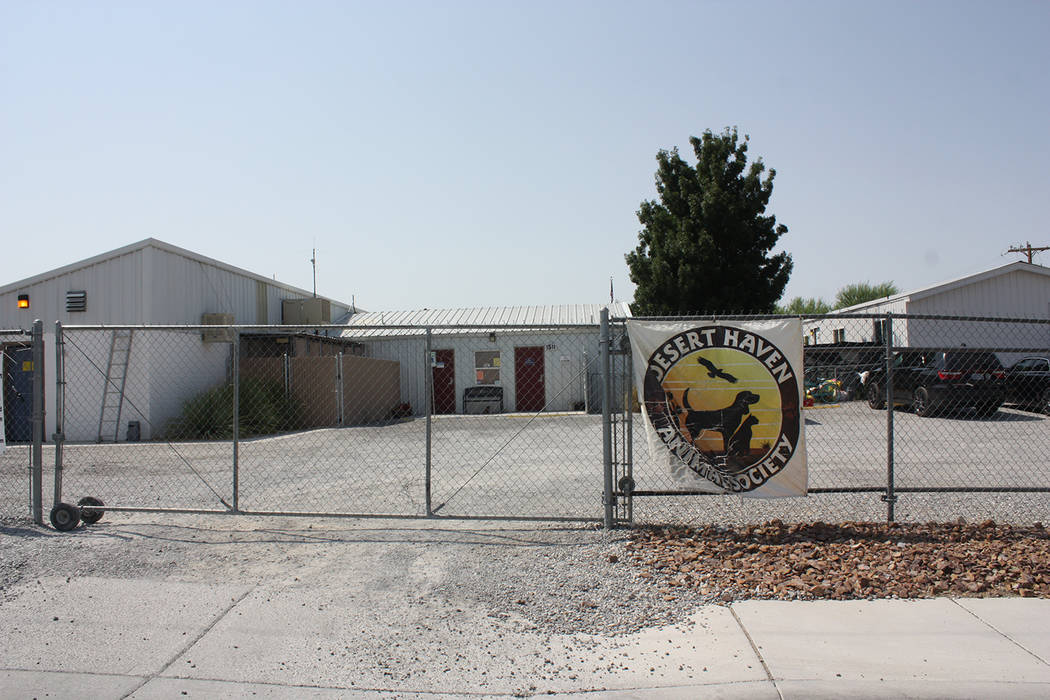 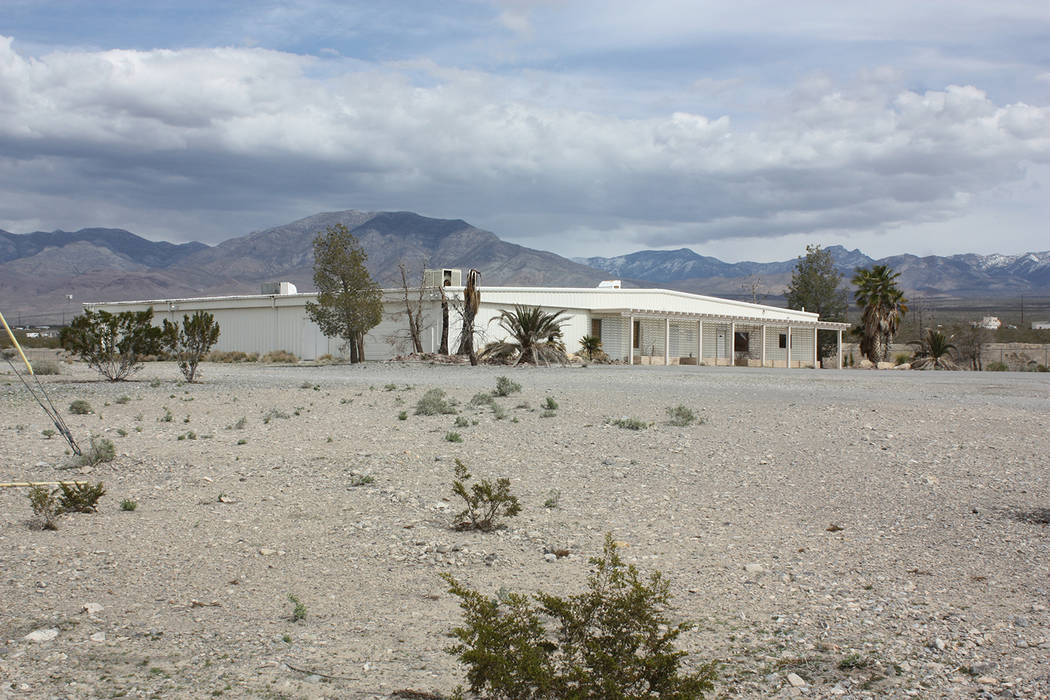 Robin Hebrock/Pahrump Valley Times This photo shows the property the county recently began looking into as a possible option for a new animal shelter facility in Pahrump.

The first of the monthly status reports from Desert Haven Animal Society following the conclusion of the investigation into the shelter operation was presented at the most recent Nye County Commission meeting.

Desert Haven Animal Society, the organization contracted to run the county-owned shelter, reported that it has begun to implement many of the recommendations that came as a result of the investigation.

However, Desert Haven board members reiterated the desperate need for more funding and a new shelter facility in order to adequately and fully address all of the shelter’s issues.

As of the April 16 meeting, the organization was shown to be losing roughly $11,000 a month and was struggling to bring in additional funds to boost the operation. At present, Desert Haven receives just a $50,000 subsidy per year from the county.

Nye County Commissioner Leo Blundo seemed dismayed at the amount of money being lost each month and he went straight to that point, asking what Desert Haven was doing to address its financial issues.

Desert Haven board member Ellen Arntz explained that fundraising is key but it can be difficult in a small town. Moreover, the negativity surrounding the situation has created problems in the fundraising sector as well. “At this point in time we’ve come to the decision that unless we can obtain more funding from the county, this project is not going to go any further,” Arntz stated.

Tina Trenner, who recently joined the organization in an attempt to aid the recovery of the operation, added, “We are definitely looking for big contributors that can help us with a chunk of money but quite frankly the county needs to step up because $50,000 is not enough to run that.”

Nye County Commissioner Donna Cox agreed, noting that when the county last had a contracted operator running the shelter, the subsidy had been more than $200,000.

Blundo remarked that the opportunity to delineate Desert Haven’s exact needs was right around the corner. The county has put out a Request for Proposal for the contract to operate the shelter. This will provide Desert Haven and any other entity interested in operating the shelter the chance to draft a proposal outlining exactly what they would need to properly run the animal shelter, including an outline of any estimated county subsidy that would be required.

As for the status report itself, Desert Haven went through and addressed the investigation report point by point, explaining the actions that have or need to be taken to correct any problems.

Many parts of the building are in need of repair, including the small doors connecting the interior and exterior of the dog kennels and portions of the ceiling which have been damaged from leaks. These items, the report from Desert Haven states, are in the hands of the county as the county owns the building and is responsible for its upkeep. There is also an infestation of mice, a problem that Desert Haven representatives were obviously frustrated by.

On the issue of lack of proper housing of felines, Desert Haven detailed that is it unfortunately unable to fix this problem, as there simply is not enough space available to provide for the veterinary style crates that are recommended for housing. However, the organization did note that it will be providing cats with “hiding houses” to reduce stress on the animals.

The same held true for the dog kennels, which were found to be overcrowded at certain times and in which igloo-style dog houses were being utilized. The answer, once again, was a need for more space, although Desert Haven said, “…in the interim, the shelter is properly cleaning the igloos, removing them from the runs each day and replacing them in the evening to be utilized by the animal during the night.”

Many other facets of the shelter operation were discussed in the status report, which can be reviewed online at www.nyecounty.net under the agenda for the April 16 commission meeting. The next status report is scheduled to be presented at the commission’s May 21 meeting.

Anyone interested in submitting a proposal to operate the shelter can view the bid package at bit.ly/2ZDm7R5