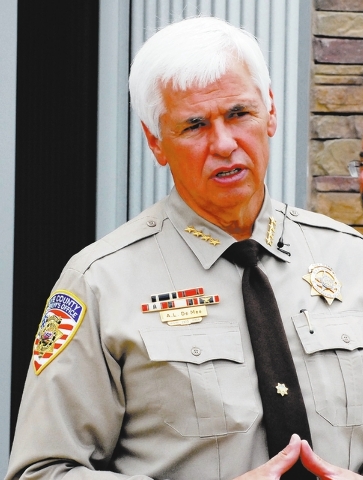 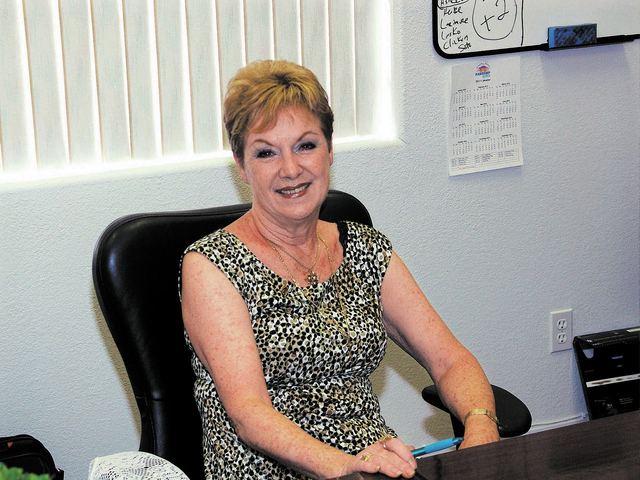 Nye County Sheriff Tony DeMeo has a message for Town Board Chair Harley Kulkin: Need help? Call 911, like everyone else.

“If there’s an inkling of disruptive or rowdy behavior during town board meetings, call the sheriff’s office. We are free.” DeMeo said.

The sheriff’s suggestion came after learning about Kulkin’s desire to appoint a constable/code enforcement officer to keep unruly audience members on the straight and narrow during regular town board meetings.

The chairman authored an agenda item seeking support for his request from fellow board members.

Though the item passed 4-1 on Tuesday evening, it may still be a tall order to fill according to both DeMeo and Pahrump Town Manager Susan Holecheck.

On Wednesday Holecheck said part of the origin of appointing such a position came about long before she was hired as Pahrump’s top administrator.

“One of my goals and objectives which happen to be the same as our previous town manager focused on a graffiti ordinance which is a good idea but when you think in terms of ordinances, you have to think how do we get there? If you have such an ordinance, who would enforce it? And who’s going to do it?” she said.

Holecheck was referring to the exact nomenclature of the position which according to DeMeo cannot be termed a constable due to local statutes.

The sheriff also said the town board may legally hire an individual only if the person is presently certified in law enforcement.

“What they can do by law is hire a police chief who is a category one certified police officer. You can’t have anybody operating as a police chief without certification because it would then place the town against the Nevada Revised Statutes,” he said.

Holecheck, meanwhile, was more focused on issues and activities that occur outside of town board meetings as it relates to code enforcement. She also frowned on the term “police chief” as it relates to the position.

“You have to think in terms of three different things. If you want something like a graffiti ordinance or if you want to really watch the business licensing and you want that enforced better, who is going to do it and what are you going to call him. Will that be a code enforcement officer? Are you going to call him Chief of Police? Honestly, I don’t think I want to give somebody a title of Chief of Police and have them going out looking for nuisance weeds or whatever. The intent of putting that item on the agenda was not to scare people,” she said.

After more than three months on the job, Holecheck also noted that town board meetings have been quite civil and even enjoyable in her eyes as of late.

“I have to honestly say that since I’ve been town manager, I find that the board meetings are great. We have had some laughs. The attendees mean well and I have found them to be very respectful and there’s just not a problem. I have heard that board meetings in the past have been unruly. Whether we need someone there to monitor someone’s conduct, I just don’t see that happening,” she said.

Additionally, the town manager said the recent restructuring of how board meetings are conducted may also have contributed to what she said is a more polite and civil audience.

She pointed to the fact that unlike fairly recent past meetings, attendees are now allowed to provide their respective opinions following each agenda item.

“Now that they know they can come forward and give public comment and they really feel like they are being heard and that’s important to them,” she said.

Now that the item was approved by the board, Holecheck said the next step will be taken by town staff to determine how it will be implemented and most importantly, when.

She also said that county officials will be involved in the process.

“The item only passed by the standpoint that the board directed me to now look at these things and come back with a recommendation. I would recommend that we hire a code enforcement officer on a part-time basis. I would imagine by March, our Director of Finance Michael Sullivan will begin putting together figures for next year and that’s why it’s important for him to know ahead of time if we are thinking about adding staff.

The town manager also said once the numbers are tallied it will still take quite a bit of time before anything moves forward with the proposal.

“We of course need time to notice and look for that person, conduct the interviews and we want the person to work with the county in training and learn what the town and county would be responsible for in terms of overlapping job duties. This whole process is going to take some time,” she said.