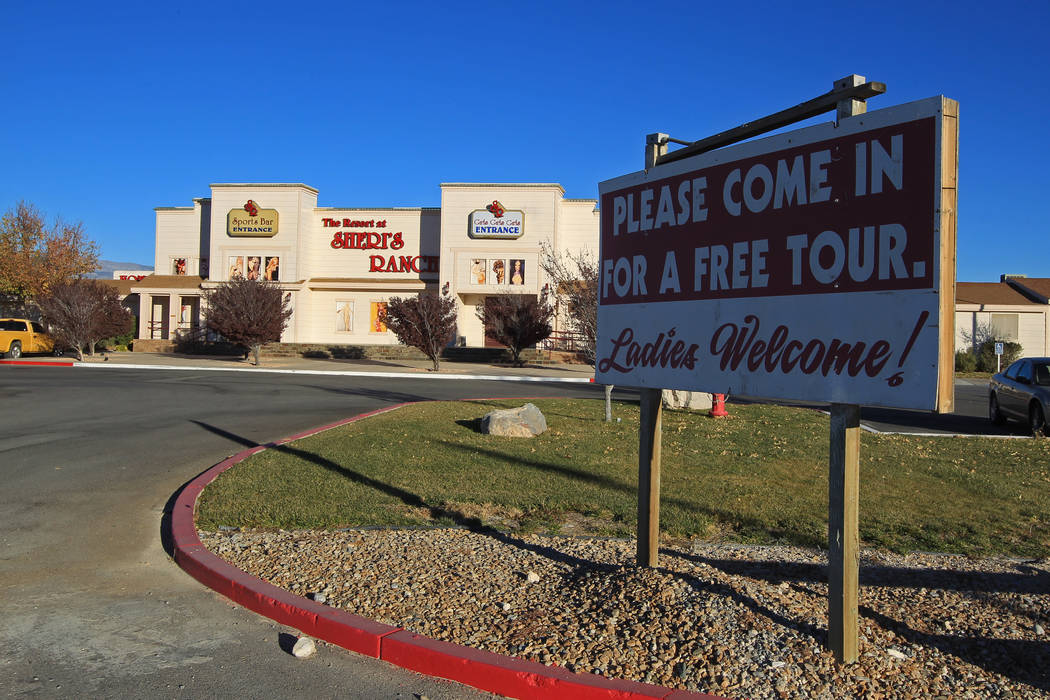 Two former sex workers filed a class-action lawsuit last month against Sheri’s Ranch in Pahrump, claiming that the brothel should have treated them and other women as employees instead of independent contractors.

The plaintiffs, who say they worked at the brothel in recent years, contend that Sheri’s Ranch violates state and federal law by classifying women who work there as contractors, which prevents them from collecting minimum wage and overtime pay.

The lawsuit poses a potential legal challenge to the business model of Nevada brothels while state lawmakers are considering a ban on the houses and activists are bringing another federal lawsuit questioning their legality and claiming that some workers are being trafficked through them.

Brothels in Nevada typically classify sex workers as independent laborers, requiring them to split half of their gross earnings with the house, including tips.

The plaintiffs in this lawsuit also claim that Sheri’s Ranch is violating the federal Fair Labor Standards Act by taking 50 percent of the workers’ tips.

“We think all workers who are employees who are controlled by their employers and who are economically dependent on their employers are entitled to the protections of the Fair Labor Standards Act and state minimum wage and overtime laws,” said Nicholas Conlon, a New Jersey-based employment attorney working for the plaintiffs.

“And we’re committed to fighting for those protections.”

The practice of classifying sex workers as independent contractors has helped owners curb overhead expenses as sex workers are not paid hourly salaries.

Under the terms of their contracts, they merely are paid half of whatever they earn from each sex act they perform — minus expenses, including the cost of meals, daily rent at the houses and the cost of a mandatory weekly medical exam, among other things.

The suit said that such expenses deducted by Sheri’s Ranch are actually unlawful “kickbacks” to the house because the costs incurred benefit the brothel.

Aaron Shaw, director of marketing for Sheri’s Ranch, said the brothel had no comment on the lawsuit at the time the lawsuit was filed.

Chuck Muth, a spokesman for the Nevada Brothel Association, also declined to comment on the lawsuit’s implications for other Nevada brothels.

Many former brothel workers across the state complain that deducting the cost of rent and meals from their pay causes them to quickly end up in debt. “They get really big into debt. That’s why they can’t leave the brothels sometimes,” said Jennifer O’Kane, a former sex worker who said she had held jobs at Dennis Hof-owned brothels in northern and southern Nevada from December 2010 to May 2011.

She said she also was the madam of the Calico Club in Battle Mountain from November 2011 to October 2016.

“They have to pretty much stay until they pay off their debt,” O’Kane said.

Conlon said the courts assess six factors to determine whether a worker qualifies as an employee under federal law. One critical factor is the amount of control exerted over the worker by the business in question.

As evidence of the brothel’s control over sex workers, the lawsuit cites a requirement by Sheri’s Ranch that the women remain locked down on the property for one to three weeks at a time, unable to leave the premises.

Aaron Shaw, director of marketing for Sheri’s Ranch, said the brothel had no comment on the lawsuit at this time.

Chuck Muth, a spokesman for the Nevada Brothel Association, also declined to comment on the lawsuit’s implications for other Nevada brothels.

Conlon said the lawsuit is not intended as a broad challenge to all Nevada brothels.