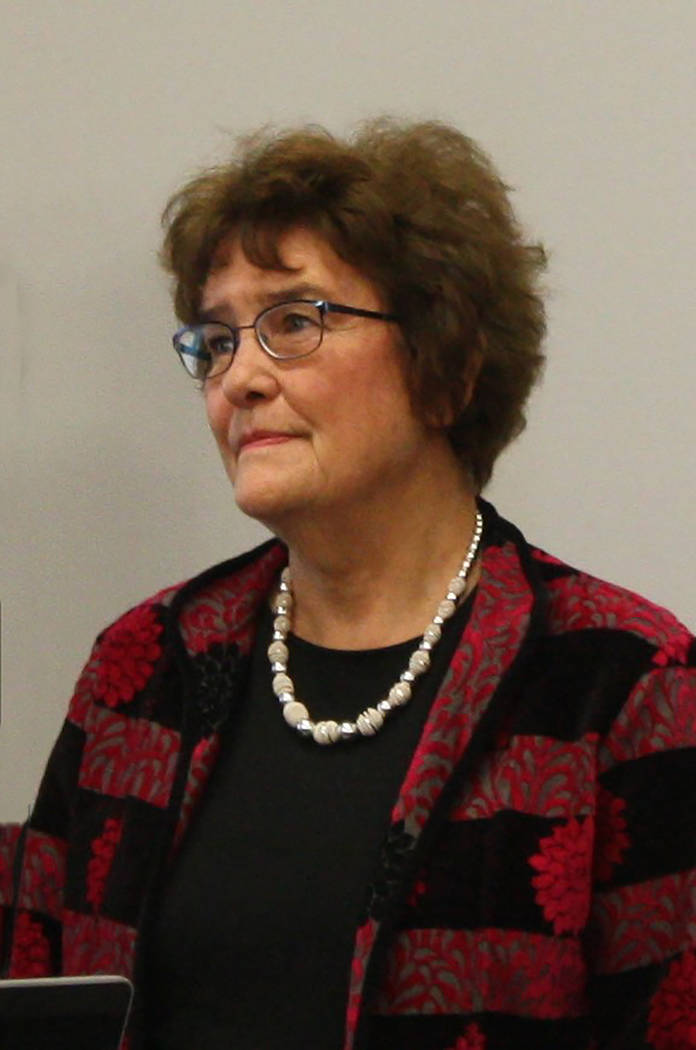 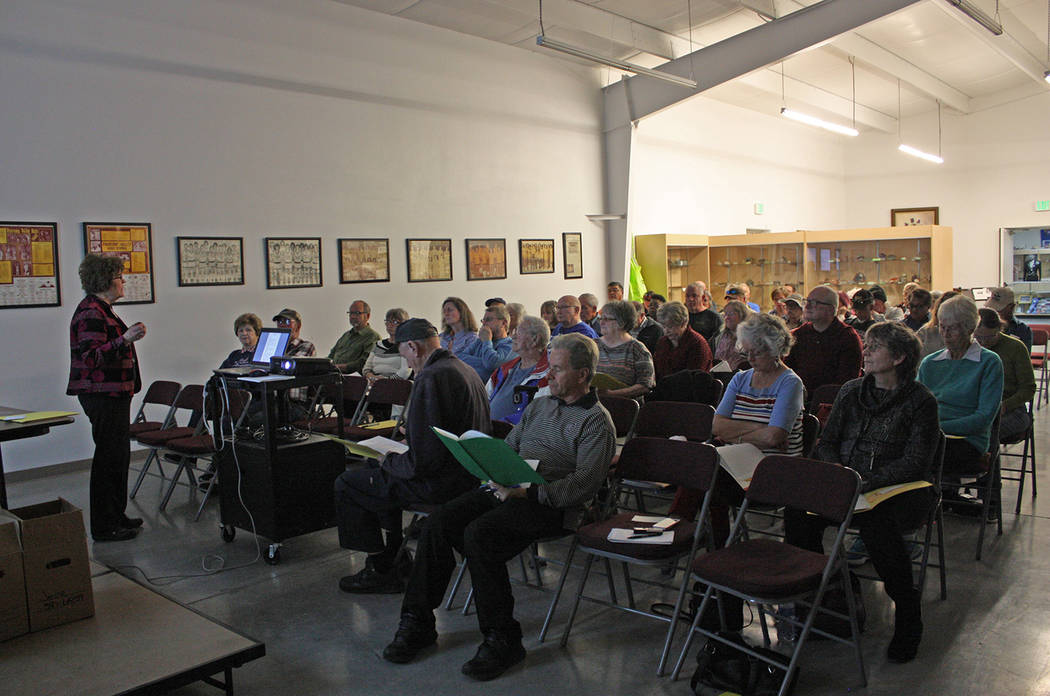 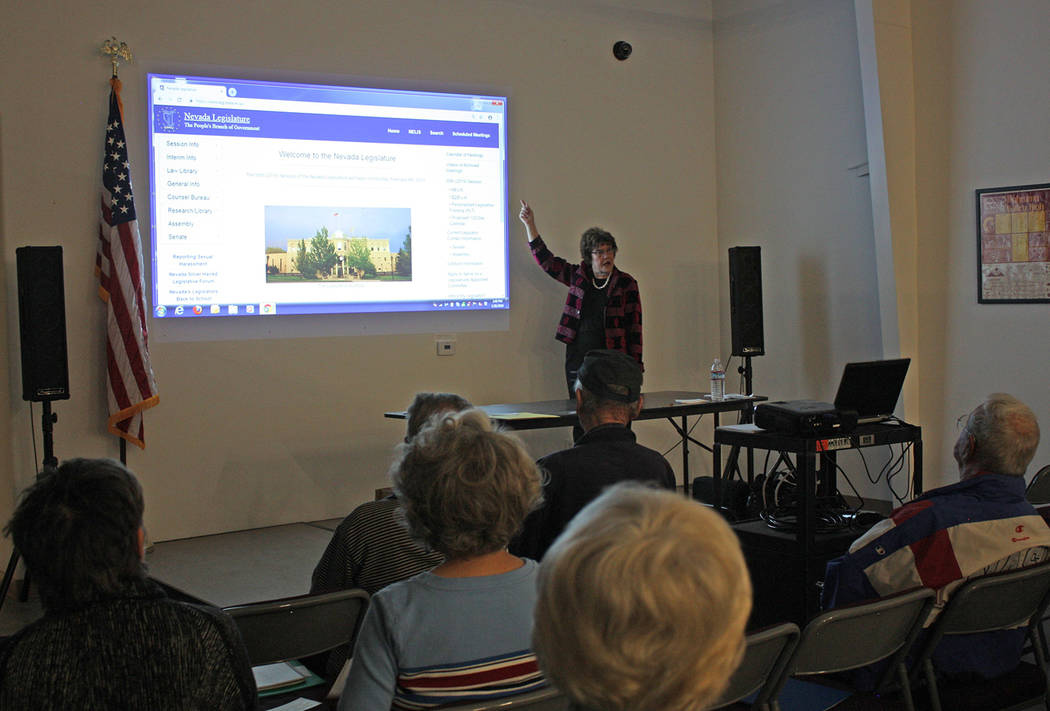 Robin Hebrock/Pahrump Valley Times Janine Hansen is pictured teaching Citizen Lobbyist Workshop attendees how to navigate the Nevada Legislature's website, which is filled with useful information for those wishing to be involved throughout the 2019 Legislative Session.

Nevada Families for Freedom State President Janine Hansen hosted the event, providing residents with an overview of how ideas for legislation become the bills that then have the potential to ultimately become laws.

To start, Bill Draft Requests are submitted to the state, with legislators, the governor and other state elected officials, counties, cities, legislative committees and more able to put forward the proposals.

The Legislative Counsel Bureau then reviews the requests and creates the actual bill language that will be considered and assigns each bill a label and a number.

The bills are then passed off to the legislative branch that will hear them first, either the State Senate or the Assembly. The bill undergoes a first reading and is assigned to a committee.

That is where the power of position comes into play, Hansen stated, with the chairman of each committee able to decide whether a bill will be heard in the future. If they do nothing, the bill simply dies. If they wish to see it move forward, then they will set a hearing date in which testimony from proponents and opponents will be taken.

During the committee hearing, Hansen cautioned all who plan to testify before the Legislature that proper conduct is very important, as the legislators will not hesitate to terminate a person’s comment period.

If a bill is called for a vote and meets with a “do pass” in committee, it then goes to the House floor for a full vote. Once again, this is a point at which a bill can meet with its end, as bills are only voted on if called up by the speaker of the assembly or the senate majority leader. If the bill originated in the Assembly, that body votes on the item first and if it passes the Assembly floor, it is then sent to the Senate, and vice versa.

Deadlines are a major factor for citizens to consider as well, with Hansen detailing several key dates for this year’s session.

Hansen said there are a variety of ways for citizens to stay informed and involved as the legislative session moves forward, with one of the most powerful tools the Nevada Legislature’s website, www.leg.state.nv.us

This is where residents can find details on all of the bills proposed and learn if they have been scheduled for hearings or votes or have been amended in any manner. Residents can even sign up for personal legislative tracking for up to 10 bills for free and can purchase access to tracking for many more if they wish.

The website also allows citizens to watch committee hearings live and submit written testimony on any given bill, even if they do not wish to testify before the Legislature in person. For those who do want to speak at hearings, they can attend in Carson City or participate via teleconference from the Grant Sawyer building in Las Vegas.

Phone calls and emails are also key tools, Hansen said, with every single communication from the public helping guide lawmakers as they work to address Nevada’s future.

Contact information for all legislators is also available on the website and she encouraged people to utilize whatever methods they can to make sure their voices are heard.

“Out of 100 people who get upset about a particular issue, how many do you think make a phone call or send an email? One, maybe two. So every time you make a phone call, every time you send an email, you represent 100 people,” Hansen said, stressing the importance of involvement. “You have power, especially as you gather other people together. Don’t ever think you are not critical to this.”