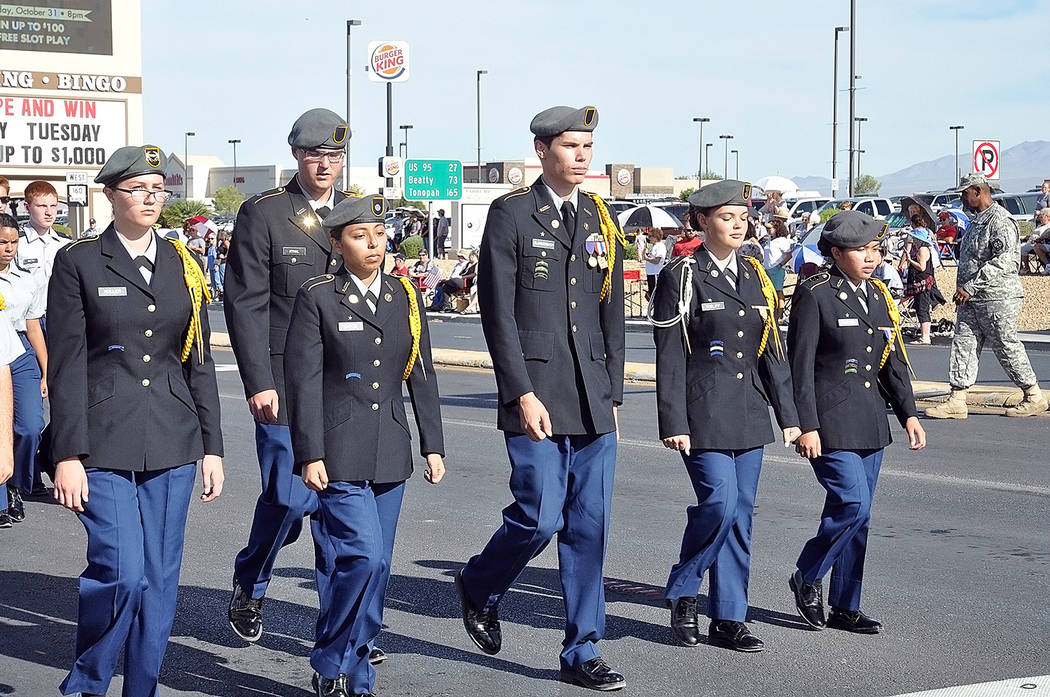 Horace Langford Jr./Pahrump Valley Times Members of the Pahrump Valley High School JROTC maintain their ranks as they march in step along Highway 160 during Saturday's Parade. 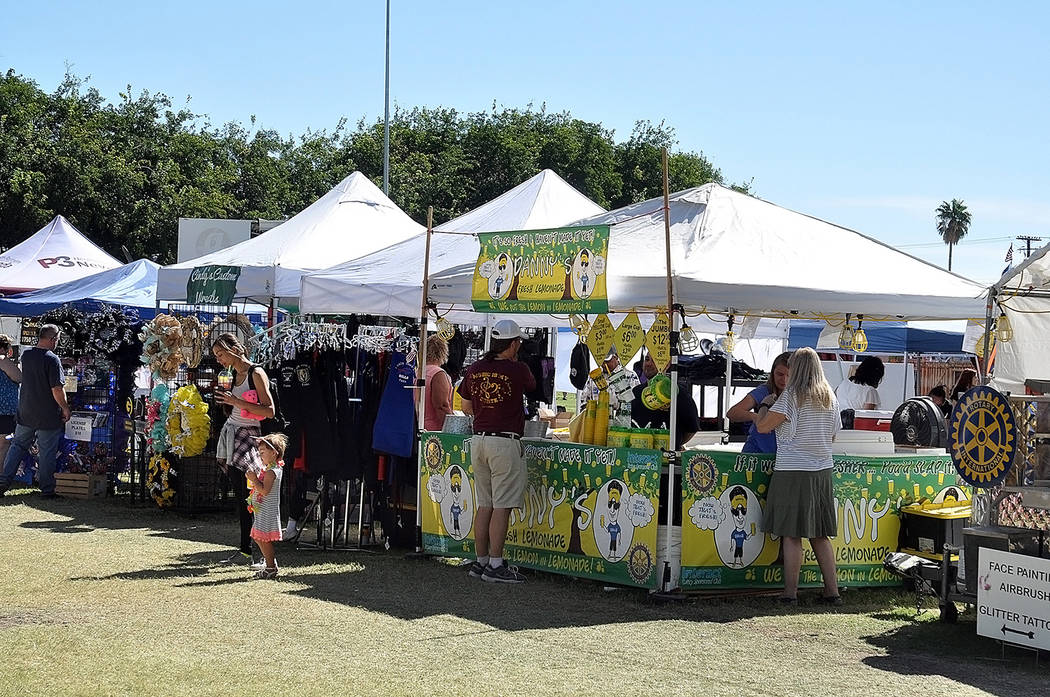 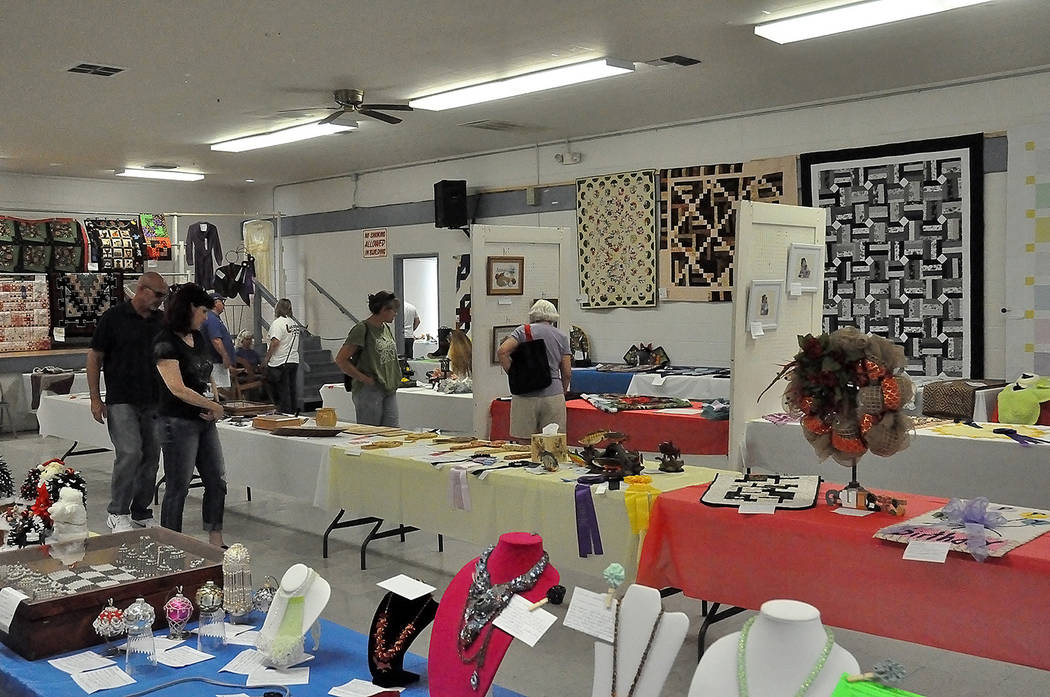 Horace Langford Jr./Pahrump Valley Times There were no shortage of arts and crafts to peruse over inside the Bob Ruud Community Center during the Pahrump Fall Festival. While many of the works were made by local crafters, the event also attracts artisans from out of town. 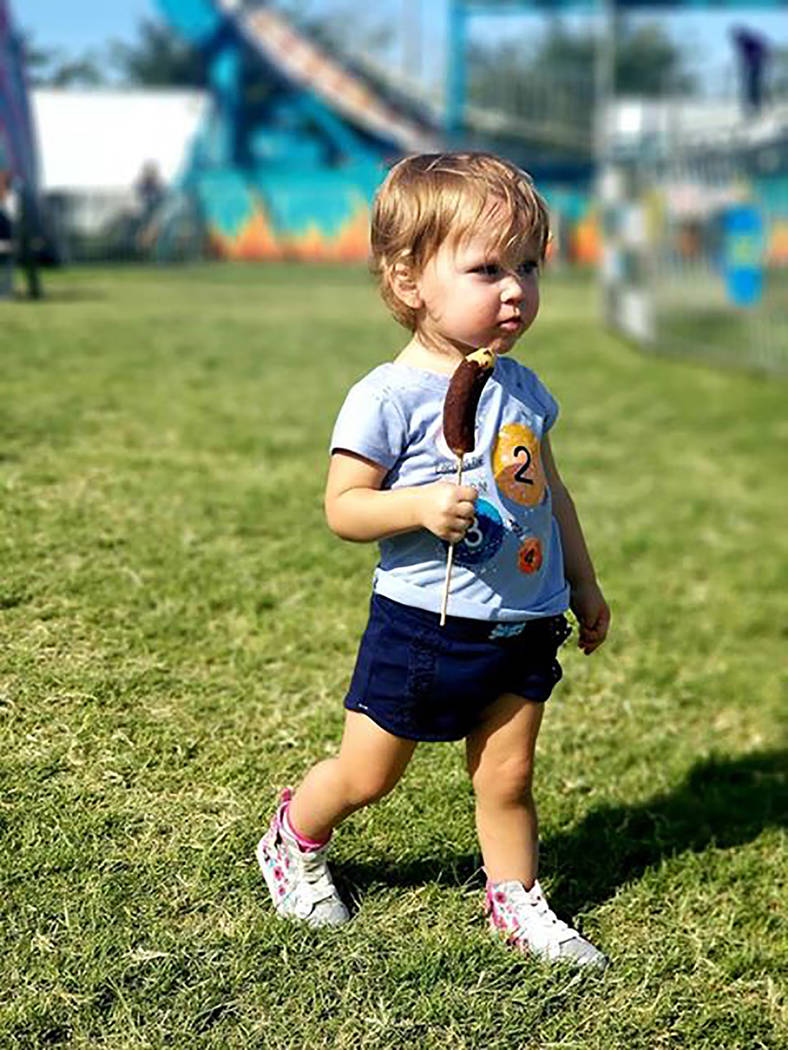 Danielle Veliz/ Special to the Pahrump Valley Times Aryanna Wabsis, 18 months, is enjoying her third chocolate covered banana of the weekend at the Pahrump Fall Festival as shown in this Sept. 30 photo. The event was in Petrack Park.

Notably, each day of the event had its own theme, with Thursday’s Sept 27 kickoff being “Locals Night.”

“I think history has proven that we’re somewhere between 25,000 and 35,000 attendees, give or take, for the weekend,” he said. “I think it depends on the year, the economy, the weather, and all of the other factors. That’s the expectation, but the hope is this year’s lineup, with the additional draws, will help to swell that, and maybe we’ll stay at the top end, or maybe exceed it. If we can do that, then our community and our nonprofits benefit the most.”

As Erwin mentioned, those who do visit the Pahrump Fall Festival from out of town, help to boost the local economy.

One such visitor arrived in the form of one of the many vendors who set up shop in the park.

Schelin is the operator and conductor of the Jupiter Express train for children.

The kiddie ride is a replica of one of two steam locomotives which made history at what’s known as the Promontory Summit, during the famous Golden Spike ceremony, commemorating the completion of the first transcontinental railroad.

“This is our second time coming to the Pahrump Fall Festival,” Schelin said. “The Jupiter Express is very popular. We have three trains that are all identical, and it’s designed after the continental railroad trains. It’s the same color scheme and same graphics. I really think that it’s worth the time and effort to come out here from Las Vegas. We love coming out here, because it’s very relaxing and it’s a lot of fun. It’s just a nice family event.”