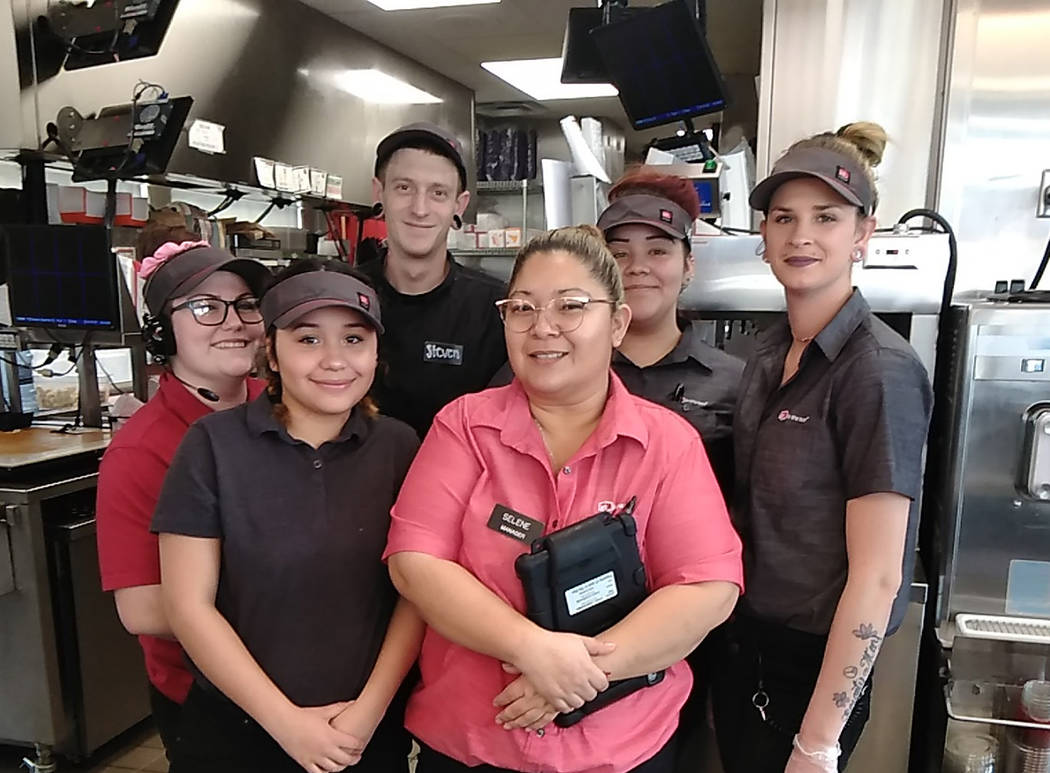 Selwyn Harris/Pahrump Valley Times Pahrump Jack in the Box Manager Selene Suascegui, center and crew are preparing for a possible onslaught of customers for the businesses "Super Jack’d Monday Box" offer, the day after Super Bowl Sunday. Jack in the Box corporate officials learned that last year, 13.9 million employees called in sick after the 2018 Super Bowl matchup, which led to an estimated $3 billion in financial loss for American companies the Monday after the game.

Pahrump’s Jack in the Box location is rolling out a special offer to Super Bowl fans.

As stated in a news release, Jack in the Box is operating by “different rules,” with what’s being dubbed Super Jack’d Monday, the day after this year’s matchup between the New England Patriots and the Los Angeles Rams.

According to a news release, Jack in the Box corporate officials found that 13.9 million employees called in sick after the 2018 Super Bowl matchup, which led to an estimated $3 billion in financial loss for American companies the Monday after the game.