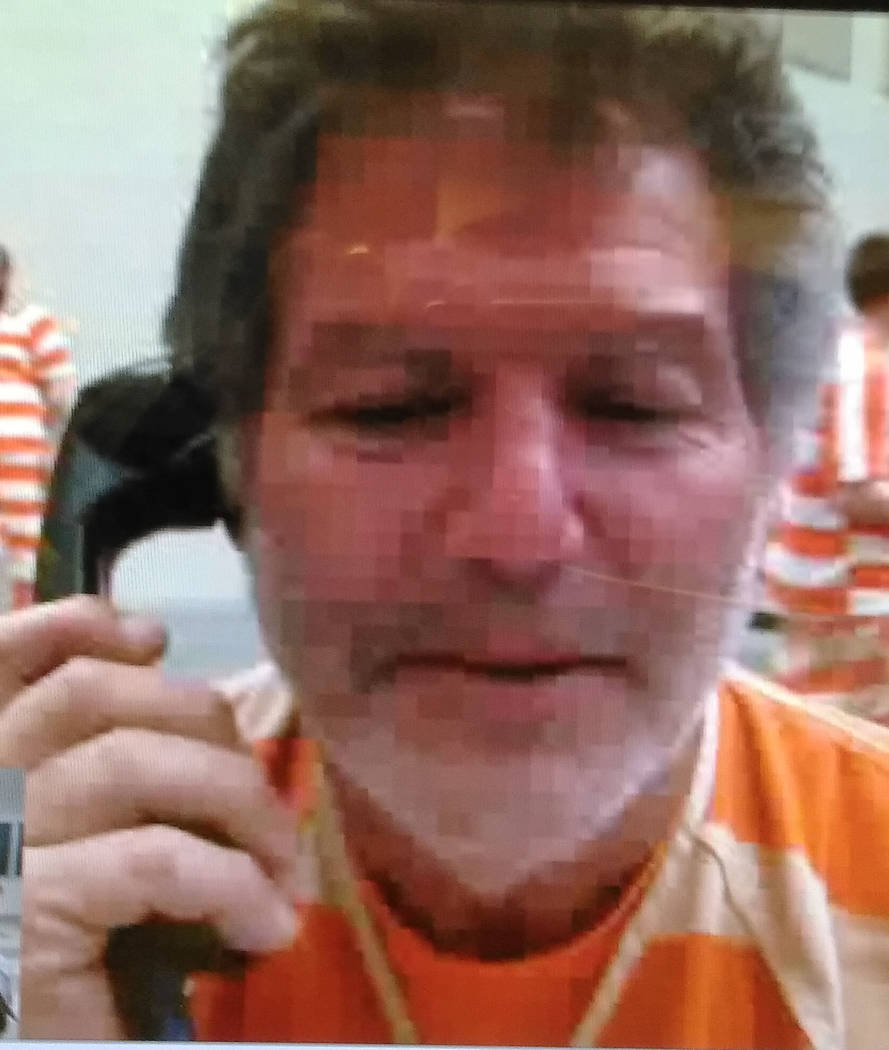 A candidate for Pahrump justice of the peace was arrested this week and charged with violating a civil court order.

Richard Francis Hamilton, 60, was taken into custody just after 10 a.m. on Monday at the Nye County Courthouse.

The order, related to a civil property hearing, was issued by Pahrump Justice of the Peace Kent Jasperson.

Per the court’s case summary, Hamilton allegedly refused to allow a woman who was living on his property to retrieve all of her belongings after the individual moved out of the residence last year.

The summary stated that Hamilton, in turn, filed a temporary protection order against the woman in an effort to allegedly circumvent the judge’s December 2017 court order allowing for the woman to retrieve all of her property from the home.

Arrangements with the court’s bailiff were made for the woman to retrieve the remainder of her belongings last month. Hamilton, who disputed his arrest, is scheduled to appear back in court Tuesday morning Feb. 20.

“According to them, I am in violation of a civil court order issued by Judge Jasperson,” Hamilton said as he remained confined in the Nye County Detention Center in an orange and white striped inmate jumpsuit.

“In my opinion, that civil statute does not apply to me, so essentially, I am being held against my will for something that I did not do,” he said. “According to the court, I am charged with not obeying a court order, which was to let a woman into my residence that I evicted her out of. They put out a warrant for my arrest three weeks ago.”

Additionally, Hamilton said he feels that he has more than met his obligations in relation to the case.

“I’ve already let her come in there with a deputy to retrieve her belongings,” he said. “She came back again and trespassed on my property when I had a restraining order against her. The judge didn’t agree with that, so he issued a court order to let her back in, but I have the house rented out. I don’t live there, so I just can’t let somebody in a house that I have already rented out to someone else, so I was in violation of a court order because I did not let her in again.”

In Nevada, the penalties for civil contempt of court include up to $500 in fines and/or 25 days in jail.

Despite his plight, Hamilton remains optimistic and hopeful for a favorable outcome.

“I think it will eventually all shake out because this is a stunt that they created, not me,” he said. “I believe 25 days is the max they can hold me for contempt of court with my particular case because there is no bail on my crime. I’m doing fine. I’m not having any problems here. It’s all going to work out. I just don’t want anyone to worry about my situation. I will eventually be proven innocent because I did not violate any rules.”

Regarding his run for Pahrump justice of the peace, Hamilton appeared to be upbeat and confident.

He acknowledged that he does not possess all of the qualifications or experience that are typically common among candidates running for that position.

The 2018 primary election is June 12. The general election is Nov. 6. Pahrump justice of the peace is a non-partisan seat.

“As far as my arrest affecting my candidacy for justice of the peace, I guess it will give me more publicity than money can buy,” he said. “I have learned a lot by being a courtroom observer and watching court proceedings over the years. I may not have any law enforcement experience, but I do have common sense.”

Monday’s arrest was not the first encounter Hamilton has had with the Nye County Sheriff’s Office.

Roughly seven years ago in Nye County, Hamilton was arrested on several drug charges after more than 70 marijuana plants weighing more than 50 pounds, were discovered in various stages of growth on his property. The haul had an estimated street value of $200,000. Deputies also found several firearms on the property.