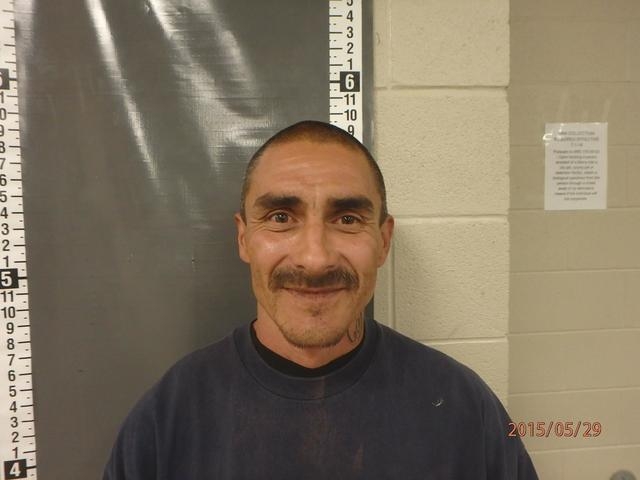 Alfred Gonzales, 41, was arrested after a string of incidents that included domestic assault and discharging a firearm where a person might be endangered, among others.

Gonzales first committed domestic battery against his former fiancée at a residence on the 4000 block of West Gerald Street, then returned to the residence and fired several shots into her automobile, police said.

Nobody was injured in the home from the gunfire.

Police responded to the scene after receiving a call about a man discharging a gun several times into a parked car, but a search for the suspect turned nothing up, as Gonzales had already fled the scene.

Later on Friday night, sheriff’s deputies were dispatched to the 2000 block of W. Wilson where Gonzales had allegedly threatened the residents there with his gun, however he fled the area prior to deputies arriving.

Following that incident, police and the Pahrump Valley Fire and Rescue Service responded to an unresponsive female on the 6000 block of Vicki Ann Road, and it was originally determined that she was under the influence of an unknown substance and was transported to Desert View Hospital.

Police later identified that the woman had fallen unconscious after Gonzales went to the residence and threatened her with his handgun.

After the string of events, sheriff’s deputies were continuously searching for Gonzales and his vehicle was spotted at the convenience store on the corner of Highway 372 and Linda Road.

Additionally, Gonzales is a convicted person and he is prohibited from possessing any kind of firearm.

This investigation is continuing and anyone with information regarding this case is requested to contact the Nye County Sheriff’s Office immediately at 775-751-7000, Detectives Fowles and Eisenloffel or by email at ncso_detectives@co.nye.nv.us.