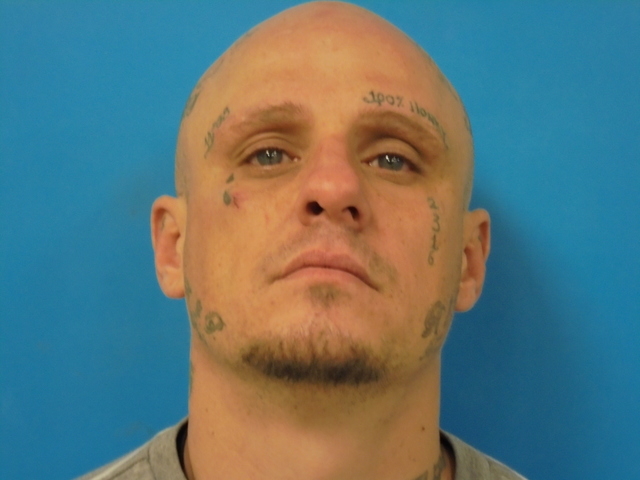 Well-known recidivist Donald Richard McFadden will serve 10 to 25 years in state prison after being labeled a habitual criminal and pleading guilty to felony meth trafficking.

Nye County Deputy District Attorney Kirk Vitto was able to impress upon Judge Robert Lane that McFadden, 34, was a natural candidate for a habitual criminal designation when sent to the Nevada Department of Corrections.

He is currently at High Desert State Prison near Indian Springs. He was previously released from that facility in late 2013.

The District Attorney’s Office pursued the “habitual criminal” label because of his numerous run-ins with local police, going back more than a decade.

He served at least two previous sentences in state prison, according to state inmate records.

The most recent arrest of McFadden in January occurred at a residence along the 3000 block of Irene Street and he was preliminarily charged with four counts of criminal contempt warrants, possession of methamphetamine, possession of drug paraphernalia and resisting/obstructing arrest. The sheriff’s office received a tip that McFadden was at the residence.

While arriving on the scene, responding deputies observed McFadden attempting to flee out of the back of the residence.

After failing to stop upon deputies’ orders, detectives at the rear of the residence were able to apprehend the fugitive without further incident.

McFadden was found to be in possession of methamphetamines and drug paraphernalia upon being taken into custody.

McFadden was previously arrested on a felony arrest warrant out of Tonopah for failure to pay child support and possessing methamphetamine.

At the time, former Pahrump Justice of the Peace Ron Kent gave McFadden one last shot to prove he was a law-abiding citizen, telling him he “owned the key to his jail cell.”

Pahrump Public Defender Jason Earnest was unable to persuade Lane this time to give his client some leniency during the sentencing hearing this month.

Earnest argued for 24 to 72 months, but Vitto argued for a sentence of a habitual criminal, while seeking a recommendation to life in prison with the possibility of parole.