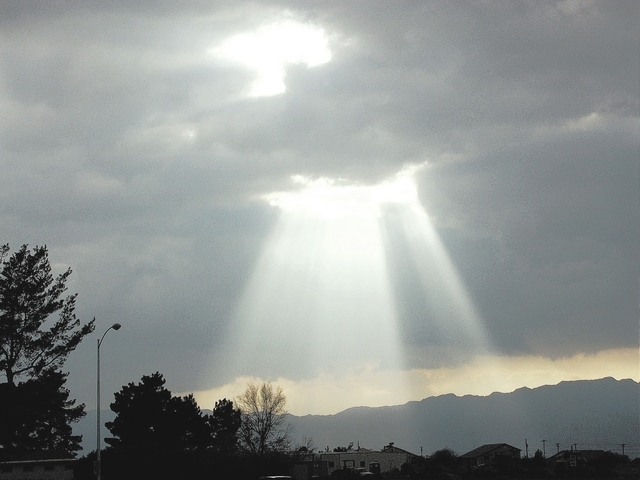 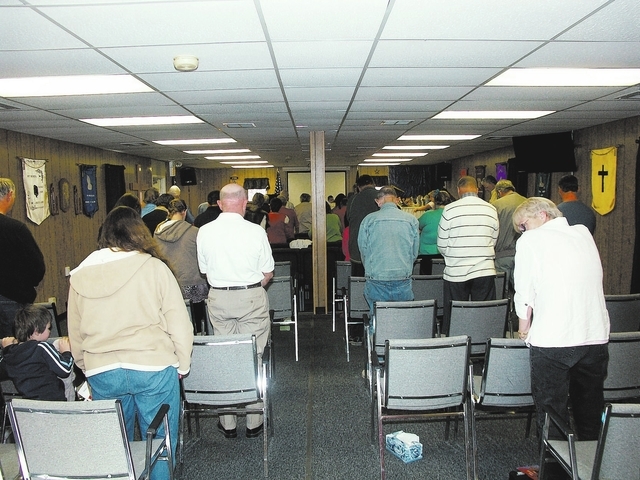 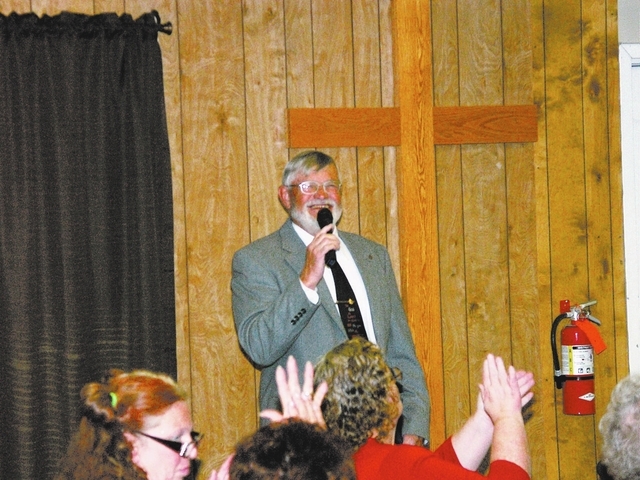 There’s something that seems to be missing this Christmas, some local pastors say.

Spiritual leaders at more than 30 churches in town say they planned holiday services to help congregants recapture the true spirit of the holiday.

Fairbairn and his wife will have an especially busy week as they are volunteering their time to serve the free Christmas Day community meal at Nye Communities Coalition today.

On the issue of Christmas services, the pastor said his church normally sees a higher number of attendees when the holidays arrive each year.

“You always do just because it’s something that they feel obligated to do. It all goes back to the fact that the family unit is not what it used to be and when that happens, we all suffer. Our previous generations grew up with the values instilled in the home,” he said.

Fairbairn said as a whole, society needs to get back to what’s important in people’s lives as they strive to move forward and succeed.

“We have lost that personal touch where we used to write letters and things of that sort. We now live in a society of convenience,” he said.

The First Southern Baptist Church on Fehr’s Way held its 28th annual Christmas service on Tuesday as well. The church has more than 300 members in its congregation.

Reflecting on the true meaning of the holiday spirit, Pastor Ron Trummell believes that Christianity is under attack.

“It has been for quite some time. It’s not popular in the mainstream and right now the estimates published by various scholars say the State of Nevada has about 5 percent Christians and the rest are non-Christians, which by our definition means they are lost and not worshiping God. That’s a real problem for society. It bothers me greatly but we do what we can,” he said.

The pastor turned hopeful when the discussion turned to the number of churches in Pahrump.

“When I first came here 28 year ago, there was just the community church, the Assemblies of God and our church. I think that was about all at the time,” he said.

Trummell said his church is actually responsible for the creation of other houses of worship in town.

“Our church has planted nine churches in and around the valley. We intentionally divided and multiplied rather than trying to create one big church. We would have preaching points in several locations in the valley. There were never desires to have the biggest church, just the church that made sure people had access wherever they might live for their own convenience,” he said.

Additionally, the pastor said churches are doing the best they can to recapture and disseminate more interest in faith and the true holiday spirit to non-believers.

“It’s certainly not Christmas lights or who has the biggest decorations around their house. It’s pretty and interesting but that’s not what Christmas is all about. I think just trying to share the love of God is really what it’s all about. God sent his son to save us. I know a lot of people don’t like that kind of terminology anymore but it’s their loss and it’s sad,” he said.

Floyd Banks is a deacon at First Southern Baptist.

Banks said this week he chose to become a member of the congregation after two years of searching for the right church in town.

“In 2008, my wife and I started going to all of the different churches in town. We went to about 13 during our first circuit and looked at another six on the next circuit but this one was the first we visited,” he said.

Banks say he thinks the meaning of Christmas has been lost in western culture.

“I think it’s commercialism. We start Christmas shopping before Halloween. But the main reason is we as a country are turning our faces away from God. It’s becoming so politically incorrect nowadays to mention the word ‘God.’ I have an atheist friend whom I am working on, just posted on his Facebook page that he is sick of people trying to take Christ out of Christmas. He told me he doesn’t believe in Christ, but it’s Christmas,” he said.

When asked whether she believed Christmas has lost its true meaning, her reply was a simple no.

“I happen to think people have less interest in the true meaning of Christmas. There are so many other things that distract them. There’s so much television, video games and other activities that pretty much distract you. There is Santa Claus that has become so popular and in some ways it’s taking the place of the baby Jesus who in most of our tradition is the true gift of Christmas,” she said.

The pastor noted that unlike many other houses of worship in town, Christmas does not necessarily draw a higher number of visitors to her church.

“We have a larger attendance at Easter than we have during Christmas time because a lot of our people go away to a warmer climate. We still have a good attendance, but it’s not as large as other times of the year,” she said.

Pastor George Ferguson of Freedom of Praise Ministries said the act of exchanging gifts over the holidays is symbolic of what the three wise men brought forth when Jesus was born.

In Christian tradition, the men or kings who visited Jesus after his birth, came bearing gifts of gold, frankincense and myrrh.

“Don’t get me wrong, I love gifts. I love Christmas trees and all of the festivities, but the true meaning is because of the birth of our savior who was sent to save us so we could have an eternal life. We are getting back to the real meaning of the holiday by having people who regularly attend church, go out and take the message of Christ to everybody else,” he said.

Ferguson, whose congregation is more than 120 members strong, recalled past Christmases as a child when times were lean for he and his family.

He said his memories of the time are still fond even though his family did not have much money for Christmas.

“We had a Christmas tree in our house but there were no gifts. The next year, God blessed us with gifts. We were taught it’s not about the gifts and the giving but it was about Christ and we as a society need to somehow bring that idealism back,” he said.