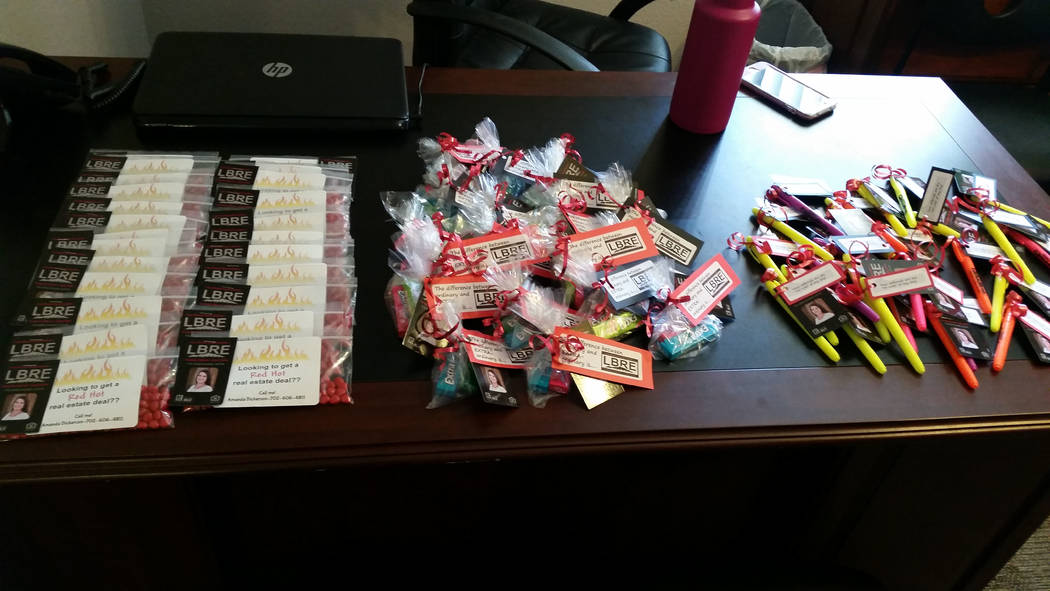 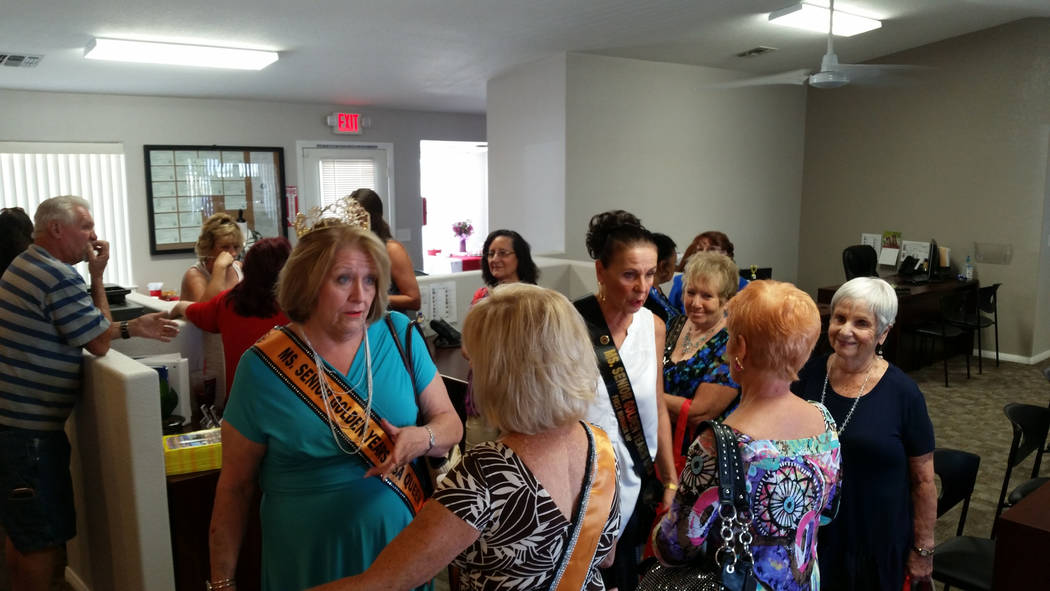 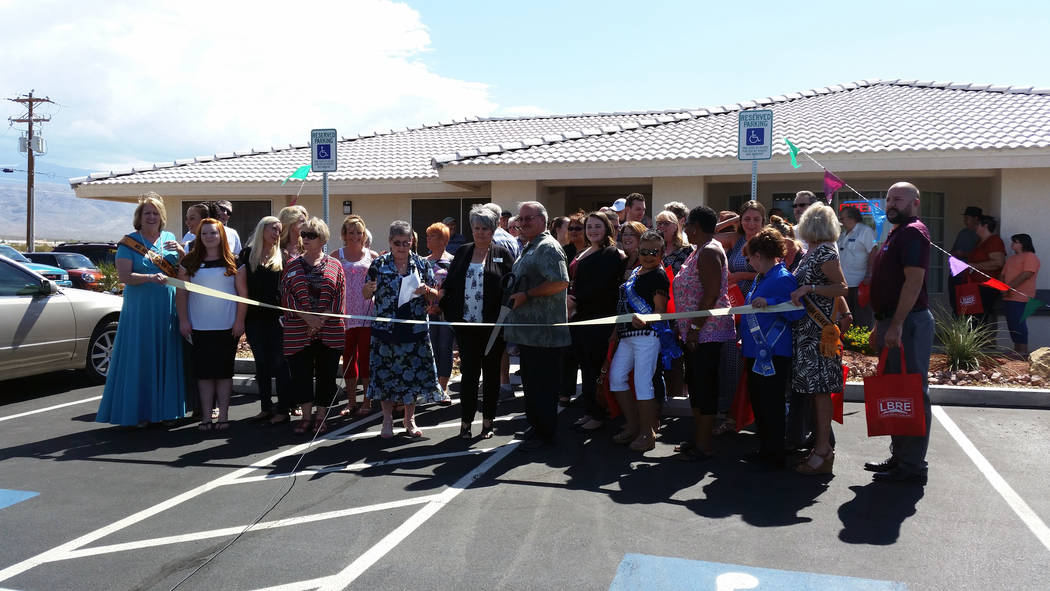 Lisa Bond Real Estate More than 200 joined Lisa Bond and her team for a five-hour open house event and ribbon cutting on Aug. 24. The real estate company is located at 3130 S. Highway 160, just east of its old location at 2091 S. Highway 160. 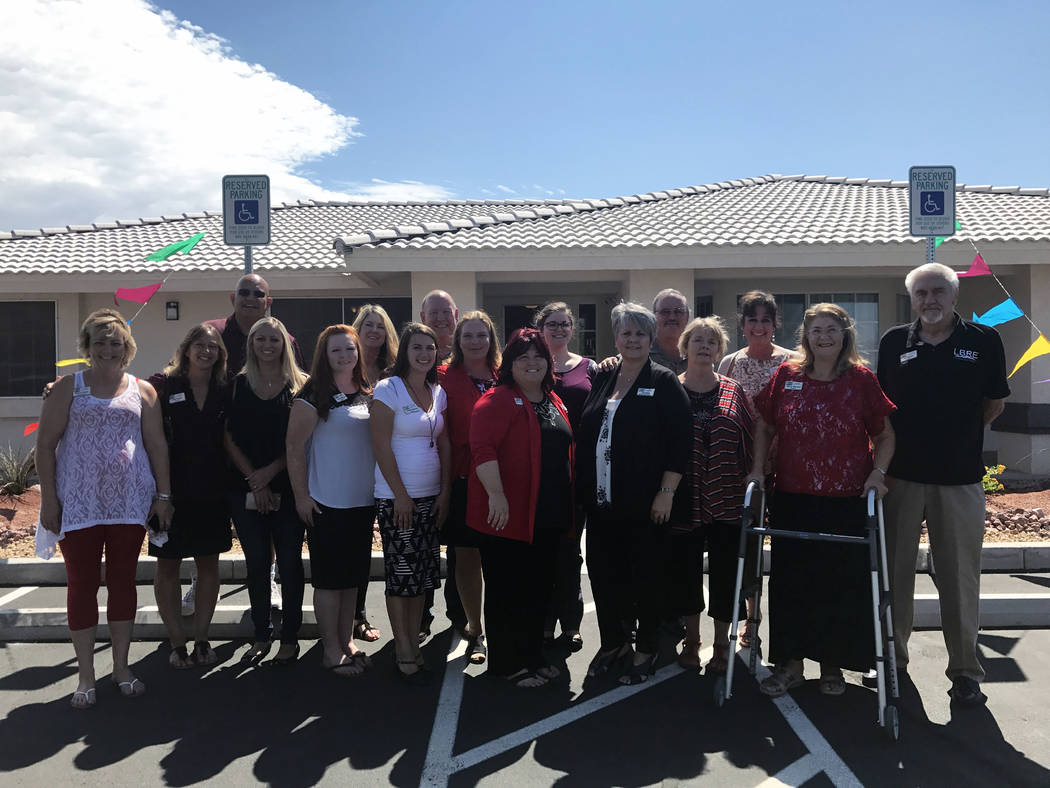 The staff and owner Lisa Bond of Lisa Bond Real Estate are settling in after moving to a new location in August.

Bond is now at 3130 S. Highway 160, just east of Homestead Road, in a more than 2,500-square-foot property, which she recently renovated to fit her needs. Bond was previously located at 2091 South Nevada Highway 160.

The renovation project lasted about seven weeks Bond estimated. She closed on the property that once housed a Century 21 and Liberty Tax office in May, Nye County property records show.

Bond said the building is 600 square feet bigger than her last office.

On top of a bigger footprint, Bond’s team has also grown since her launch in January 2015.

Including her, there were about four others when she started out. Today, she has a staff of 15, including four property managers. Bond is also seeking three more agents, she said.

This is not, however, Bonds first moves in the business. She began her career some 17 years ago in Las Vegas and started in Pahrump in 2004. She was born in Nebraska and came to Las Vegas in the late ‘80s from New Mexico.

Before opening Lisa Bond Real Estate, Bond worked in the industry locally as a broker, including for I Realty Properties, whose portfolio she acquired.

On the sales side of the house, Lisa’s sales have been going well, she said.

“We’ve already exceeded our sales from last year so far this year, and we’re not even done with the third quarter,” she said.

Bond said she’s seen an increase in property values but a lower inventory this year.

“Across the board, everybody’s inventory is low,” she said. “We have more buyers than sellers.”

A similar scenario has been reported at the national level for the past several months.

Inside the numbers, more

Closer to home, the Greater Las Vegas Association of Realtors has reported a low inventory for some time.

“The demand for housing continues to exceed supply,” said the 2017 GLVAR President David J. Tina in a news release from the association. “At the current sales pace, …Southern Nevada still has less than a two-month supply of existing homes available for sale. A six-month supply is considered to be a balanced market. The supply is even tighter for lower-priced homes, condos and townhomes.”

Bond has had some business in Las Vegas, along with Pahrump, Beatty, Goldfield, Tonopah and Amargosa Valley.

Bond said her office also helps with the Desert Greens community in Pahrump.

Bond sees her office set apart from some of the others with her high-tech equipment.

“We have a virtual private network for our agents that work from home, and we also have encrypted email,” she said.

This allows agents to work offsite and still secure client’s identities and information, she added.

In celebration of her new space, Bond held a ribbon cutting ceremony on Aug. 24. She estimated more than 200 people stopped by for the roughly five-hour event.

Bond said there were giveaways, drawings, finger foods and drinks for a guest list that included local brokers, vendors, agents, along with lenders, title companies and local business people I attendance.