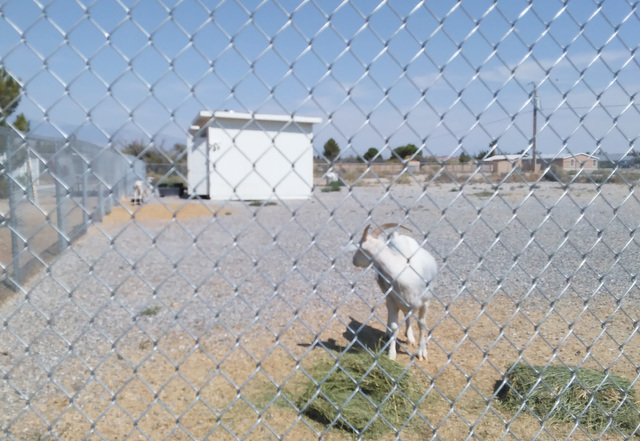 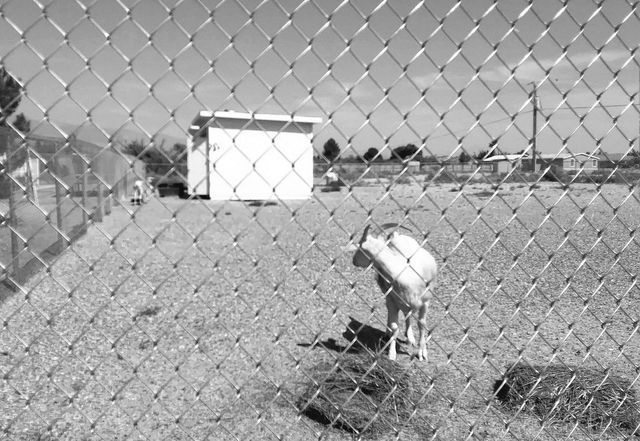 A Pahrump man was cited for 21 separate counts of animal cruelty after 21 animals allegedly died of dehydration on his property on July 25.

Nye County Animal Control was dispatched to a residence along Prairie Avenue just after 3 p.m., after receiving a call from a concerned citizen.

“We received a call that there were a lot of animals on the property with no water, particularly a dog,” Animal Control Officer Susan Ryhal said. “Upon my arrival, the dog had water because the concerned citizen had actually given the dog water. They had a legal right to be on the property.”

She noted two goats were also on the property, both without food or water.

The owner of the home eventually arrived on scene. Nye County Sheriff’s Office has not returned a request for the man’s name by press time.

“The owner told me that he had been gone for three days and he admitted that the last time he had been home was the prior Friday,” Ryhal said. “He also admitted that he did not make arrangements for anyone to take care of his animals in his absence.”

The property, Ryhal said was equipped with what was described as an ‘aviary-type’ enclosure.

“At least they did have shade,” she said. “It was a very nice enclosure, but the animals were left without water. There were also dead mice in there as well as in the swimming pool. It would be accurate to say that all 21 animals that died actually suffered before their deaths. I am not a vet and I can’t say whether they died from lack of water or heat exhaustion, but the ambient temperature outside was approximately 107 degrees, and the animals had no water anywhere.”

Ryhal advised that pet owners should provide water to their pets daily,” especially during the summer months.

Failure to do so may result in citations.

“You cannot confine an animal and not provide it with water,” she said. “The law says that you have to provide them with sustenance. It’s also important to understand that water can evaporate, especially during the summer months. That’s why it’s important for pet owners to make sure their animals have enough water to last until they can check on the animals again.”

Ryhal also said she’s familiar with the owner, who has never previously had issues with animal control.

“This person is known to take care of his animals quite well and to be quite honest, it was a little bit of a surprise to me,” she said. “It’s probably the last property that I would have suspected to be part of an animal cruelty charge.”

Additionally, Ryhal said the owner appeared to be very remorseful in the wake of the incident.

“This particular owner was upset about the whole situation,” she said. “There’s no doubt that he loves his animals, but whatever was happening personally that kept him away for three days and not make arrangements for someone to care for his animals, created this whole situation. I wouldn’t be able to say how long the animals were without water, but when I checked there was no water in their bowls. They were as dry as dry could be.”

Ryhal also said she witnessed how parched the surviving animals were by their actions on that afternoon.

“The goats actually left the hay that the owner gave to them and ran for their water bucket when the owner arrived at the residence,” she said. “They kept going from the fence to the water bucket several times until he turned the water on and provided them with water. It indicated to me that they were obviously very thirsty.”

As a result, the owner is facing more than $13,000 in fines for the 20-plus animal cruelty citations issued to him.

Regarding another animal-related issue in the valley, Ryhal said animal control officers are receiving fewer calls about pet owners leaving their animals inside vehicles while going shopping.

“We are still getting calls about people leaving their pets inside hot cars, but it has become a weekly occurrence and not daily anymore,” she said. “It looks like some people are perhaps starting to understand the importance of that, but we do still get those calls.”

Ryhal mentioned a recent call where animal control was dispatched to Walmart after dispatchers received reports of what appeared to be an animal inside a hot vehicle.

“There was a person who left a stuffed animal inside their car and rolled up their windows at the Walmart parking lot,” she said. “Another officer responded to that, but the person who did it thought it was funny. It was completely intentional because he stepped back and watched and waited for animal control to show up. It does seem like a waste of county resources for something like that. The person thought it was funny, but it was not funny to us at all.”