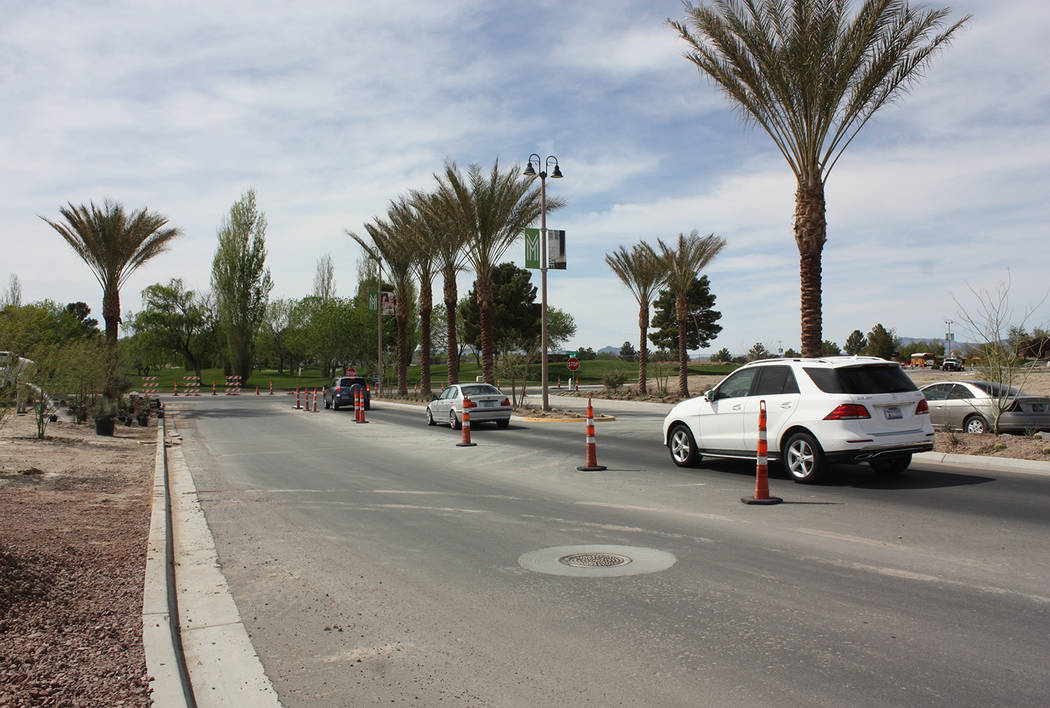 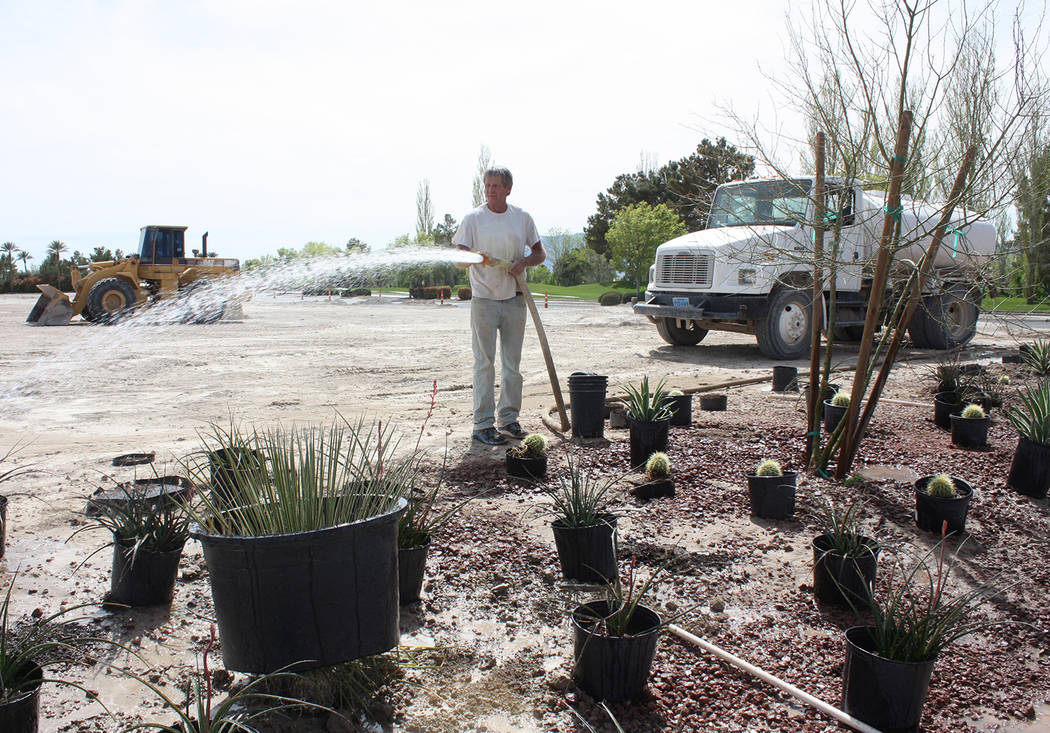 Robin Hebrock/Pahrump Valley Times Landscaping was a part of the construction that took place on Mountain Falls Boulevard. A work crew member is shown watering the plants down prior to their placement along one of the main entrances to the Mountain Falls master planned community.

Road construction on Mountain Falls Boulevard has been taking place intermittently over the past few months, with the stretch of street extending from Nevada Highway 160 into the master planned community the subject of a cone zone off and on for several weeks.

That project now appears to be at its culmination.

“We paved the intersection today,” William Lyon Homes President James Gomez briefly reported on April 3, when contacted for information regarding the project.

“With the relentless rain delays we’ve experienced this year, this project took more time than was originally planned.”

Requests for further information were not responded to as of press deadline.