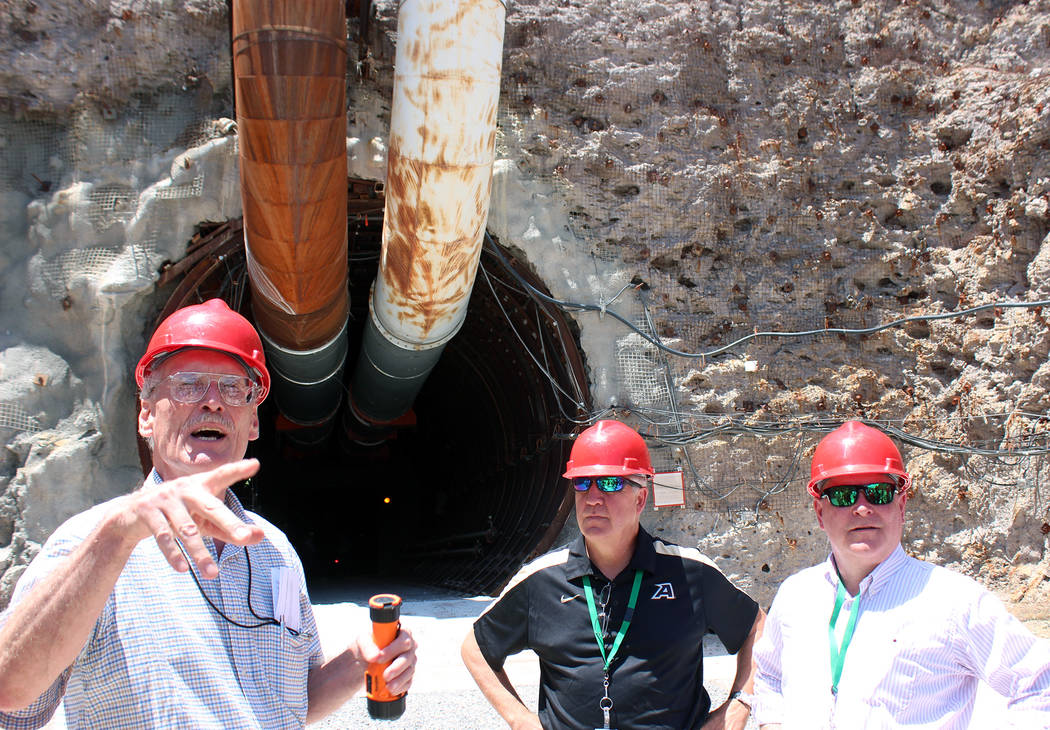 Jeffrey Meehan/Pahrump Valley Times William Boyle, U.S. Department of Energy geologist (left), stands next to Rep. John Shimkus, R-Ill (center) at the south portal of the Yucca Mountain site in Mercury on July 14, 2018. Shimkus spearheaded legislation to move Yucca closer to becoming the nation's nuclear waste site in the U.S. House of Representatives, which passed the House in May. 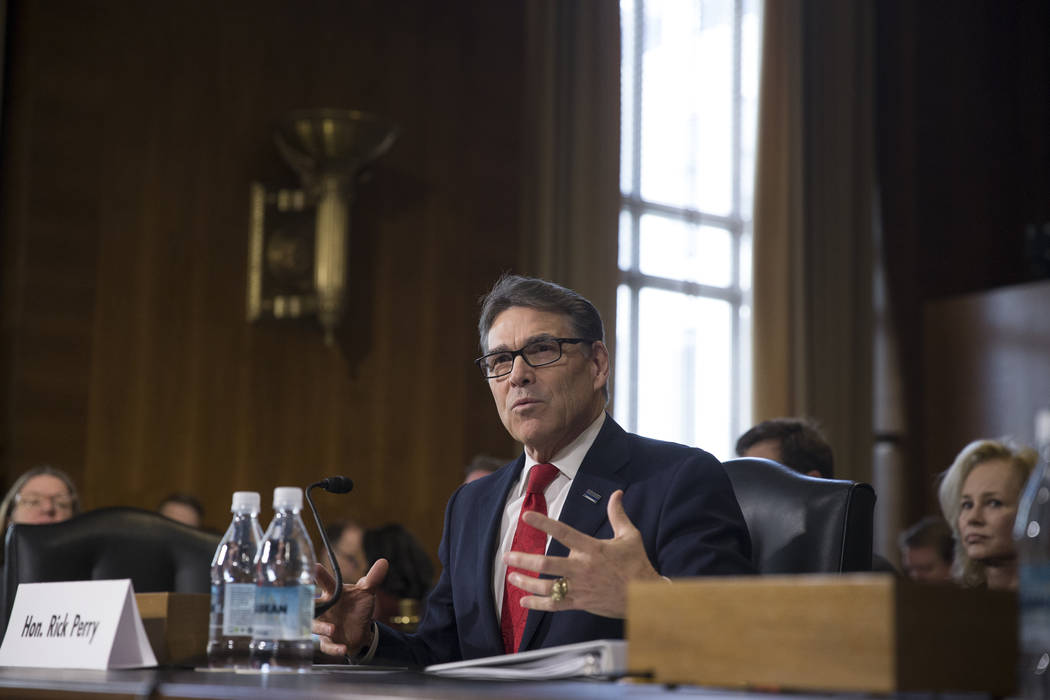 WASHINGTON — Energy Secretary Rick Perry defended his $31.7 billion budget request, telling House lawmakers that the blueprint puts America on the path of energy independence and addresses storage of nuclear waste in Nevada and other states.

The budget includes $116 million to restart the licensing hearings on the Department of Energy’s application to build a permanent storage facility for high-level nuclear waste at Yucca Mountain in Nye County and implement an interim-storage program.

“We’ve got to find a solution for this,” Perry told the House Appropriations subcommittee on energy last week.

Perry told the panel that without developing Yucca Mountain and opening interim storage sites, nuclear waste is being stored at power plants and military facilities across the country.

“If we don’t do this, in some sort of fashion, we have 38 repositories, and it’s in every one of your states,” Perry said. Perry said the cost to store nuclear waste at reactors where it is produced is costing Americans $2 million a day.

Kaptur also said the document lacks specifics and is “riddled with backward-looking proposals.”

Simpson said disposal of nuclear waste as Yucca Mountain is the “law of the land.”

“We need to move forward without delay,” Simpson said.

Perry’s appearance before the subcommittee is the first chance to defend his spending priorities since DOE budget proposals for fiscal year 2020 were unveiled earlier this month.

Private contractors have applications before the Nuclear Regulatory Commission to build interim storage facilities in New Mexico and Texas.

NRC hearings on the Yucca Mountain application were halted in 2011 when the Obama administration and Congress, under then-Senate Majority Leader Harry Reid, D-Nev., did not seek or appropriate funding for the process.

In its budget request for fiscal year 2020, which starts Oct. 1, the NRC is seeking $38 million to hire staff for resumed hearings on the Yucca Mountain application, which faces 218 legal challenges by Nevada.

Nevada opposes locating the storage facility in the state, saying that 70,000 metric tons of nuclear waste from power plants and Navy ships would pose a risk of contamination to groundwater, the environment and residents who reside nearby or travel along transit routes.

Officials in Nye County, where Yucca Mountain is located, and officials in other rural Nevada counties support the licensing process to determine whether the site is safe.

Congress designated Yucca Mountain in 1987 as the sole site for permanent nuclear waste. Failure to develop the facility, or an alternative, has resulted in spent fuel rods and other waste being stockpiled at power plants and military installations in 34 states.

The Trump administration’s budget requests in the past two years to resume licensing on the Yucca Mountain application both died in the Senate.