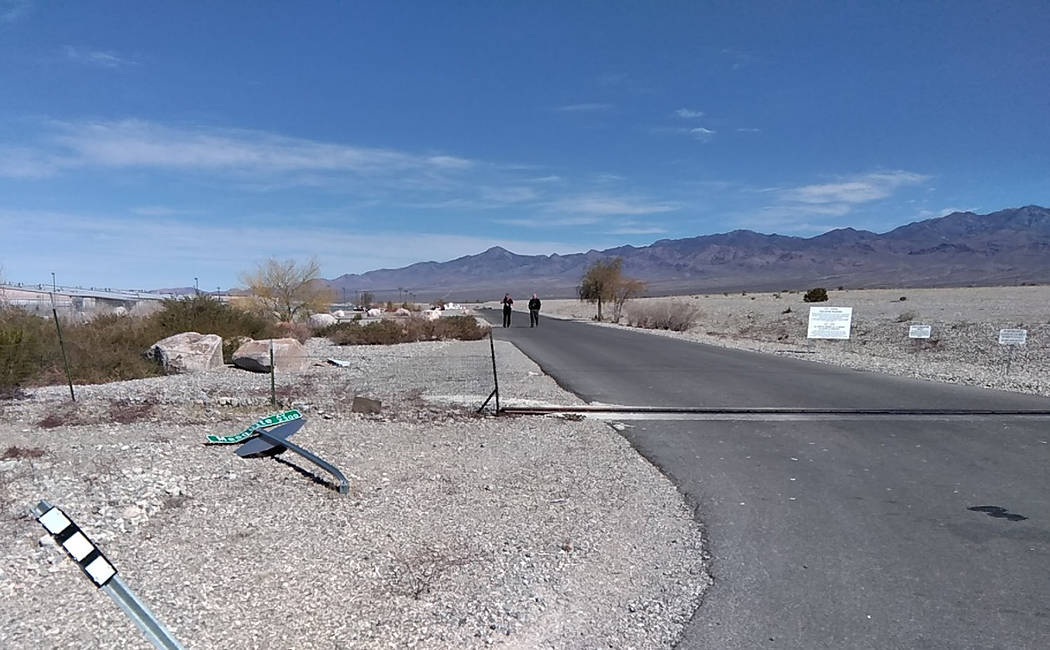 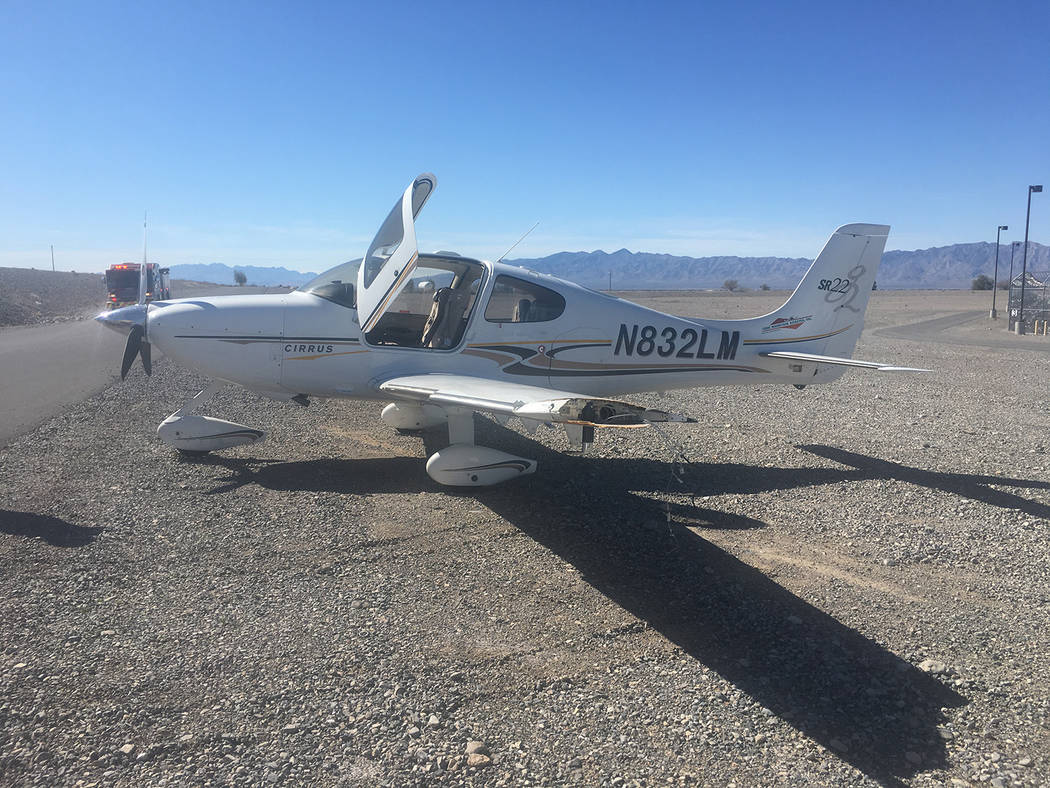 Selwyn Harris/Pahrump Valley Times The aircraft, an S-22 Cirrus clipped a stop sign at the entrance of the detention center, where a section of the plane's wing was torn off. The plane also sustained damage to its propeller according to the sheriff's office. The unidentified pilot was not injured.

Officials at the Nevada Southern Detention Center on Mesquite Avenue were scrambling on Friday, March 15, to determine why an aircraft landed in its parking lot.

The incident, according to Nye County Sheriff Sharon Wehrly, occurred at approximately 10:30 a.m.

It should be noted that the detention center is roughly four miles north of the Calvada Meadows Airport located at 900 East Jenny Circle, where pilots must request permission before landing at the site.

“The pilot was flying into Pahrump, I hope for the first time, and thought that the detention center was the airport and the entrance was the landing strip,” she said. “He clipped the stop sign where he lost part of his wing tip.”

The sheriff also noted that the unidentified pilot, somehow managed to get the plane under control, after hitting the stop sign.

“He brought it back on to what he thought what was the landing area,” she said. “He landed the plane and fortunately he didn’t suffer any injuries. The plane, however, did sustain a damaged propeller. It was a six-seater S-22 Cirrus, which is a general aviation aircraft.”

As Federal Aviation Administration investigators arrived on scene, Wehrly pointed out that there were no passengers on the plane at the time.

“The only person on the plane was the pilot and I don’t believe that he is a local resident,” she said. “I also don’t think he has ever landed at the nearby airport. I’m not exactly certain, but I don’t think so. I suppose the detention facility officials put everybody on lockdown, and then they came out to speak to the pilot. The FAA is now on scene, and they will conduct their investigation.”

Along with FAA, the Nye County Sheriff’s Office is also conducting its own independent investigation into the incident.

A request for comment from FAA officials was not returned by press time.