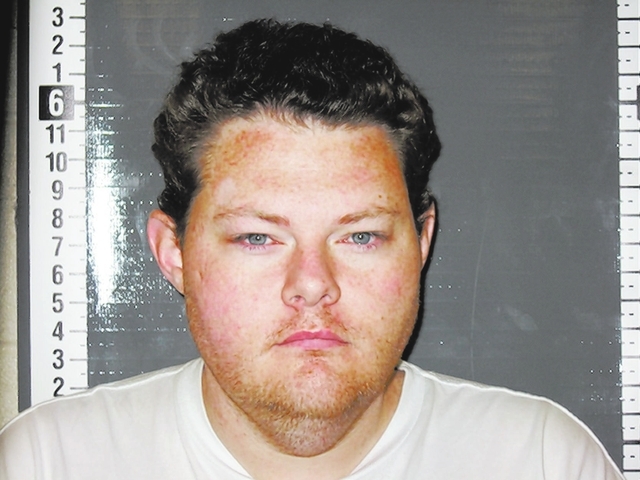 An inmate at the Nye County Detention Center is being held on a new criminal charge after police say he allegedly sexually assaulted another inmate.

Christopher Shields, 33, of Las Vegas allegedly assaulted a fellow inmate in the local jail while he was being held there for an alleged burglary.

According to information from the sheriff’s office, detention deputies learned this week that a possible sexual assault had occurred between two inmates five to six days ago and became concerned.

NCSO detectives were notified and began an investigation into the incident, interviewing the victim, other inmates who allegedly witnessed the assault and Shields.

Shields initially denied the assault and then changed his story, later admitting to having a sexual encounter with the victim in the case. But he told investigators that the relationship was consensual.

A report from the sheriff’s office noted that even consensual sexual relationships between inmates is still a violation of Nevada law and a category D felony.

Shields was subsequently arrested in the jail and re-booked into the detention center on the new charge of sexual assault.

“We’re conducting an internal investigation to find out how this occurred as well as a criminal investigation, so we have dual investigations going on right now,” Sheriff Tony DeMeo said of the incident. “Our job is to make that jail as safe as possible and also to make sure that if any kind of crime occurs in there it can be brought forth to the criminal justice system for prosecution as well.”