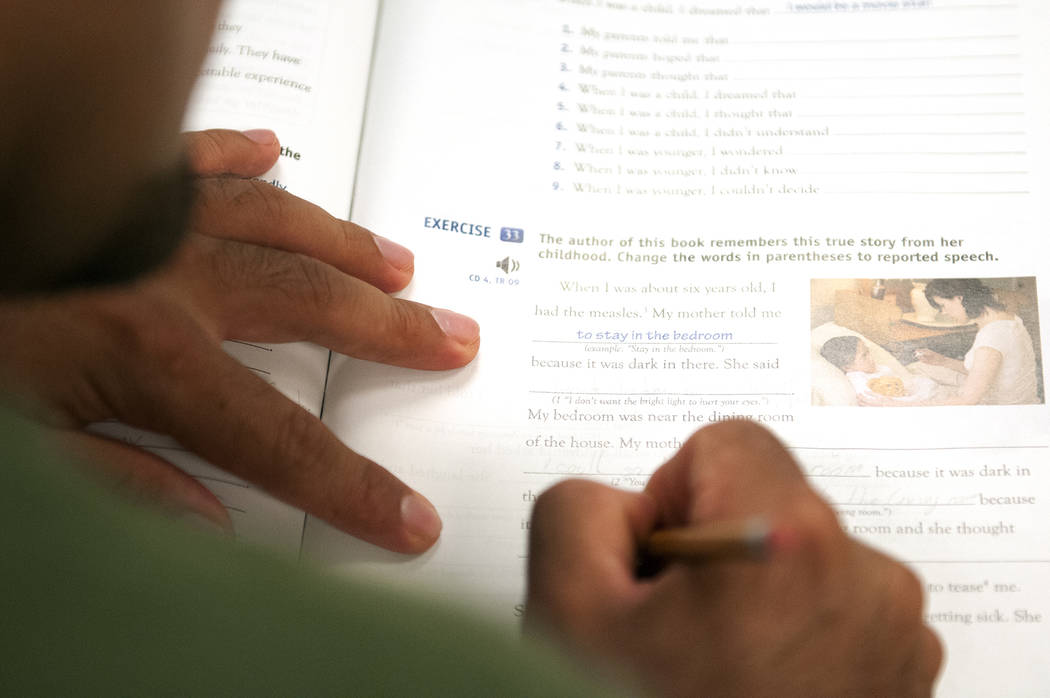 A proposed policy from the Nevada System of Higher Education could remove remedial math and English classes from colleges and universities.

Under current policy, students with low SAT and ACT scores in math and English are placed into remedial classes aimed at bringing them up to college level. The new policy would scrap prerequisite remedial courses and introduce a co-requisite model of classes, enabling students to take college-level courses while receiving extra help to catch up.

That extra help may come in the form of a paired remedial course or required lab that students would have to take at the same time.

It was proposed by the Board of Regents and, if approved, will go into effect for the fall 2021 semester. Regents will discuss the proposal at a June meeting.

“Remediation has always been a challenge for us,” NSHE research scholar Theo Meek said.

Meek said that about 67 percent of community college students and 27 percent of university students in Nevada are enrolled into remedial courses, but only 8 percent of those students go on to complete their degrees.

“The system is flawed for students that are moving into remediation pathways,” Meek said. “That’s not a model that works for students.”

When forming the proposal, the Board of Regents looked at higher-education data from Tennessee, which also uses the co-requisite model.

“This isn’t just getting them through,” Meek said. ‘The rigor is retained and students perform just as well, if not better, than students in the traditional prerequisite program.”

“What happens to students like me who need these classes to get a degree?” he asked. “Without those remedial classes, there’s no way I could do the derivatives that I do now, chasing my dream to be an engineer.”

Abba said the policy would cost remedial students less money and make them more likely to pass their core math and English classes.

“You are the person that we have in mind in developing this,” Abba responded to St. Romain. “We think that it is a moral imperative not to take your money and give nothing in exchange.”

CSN professor Jen Gorman said a new math class offered at the college is doing the same thing. She said that last semester more than 71 percent of students passed CSN’s Math 95E course. Other professors questioned the effectiveness of co-requisites.

This story has been updated with the correct name of the professor who spoke about CSN’s Math 95E course.