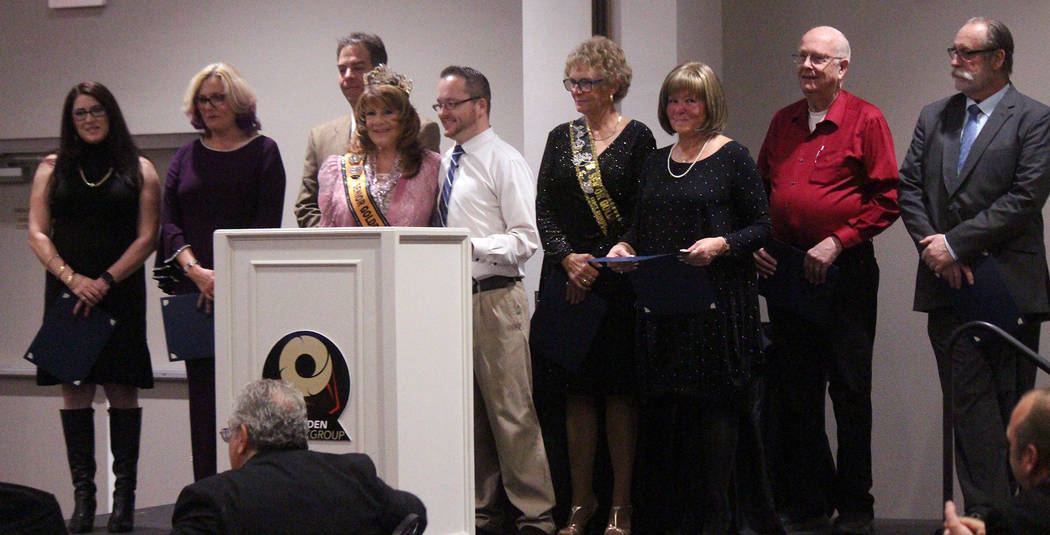 Jeffrey Meehan/Pahrump Valley Times The 2019 board of directors for the Pahrump Valley Chamber of Commerce was recognized during an installation gala and awards ceremony on Feb. 2, 2019. The gala was held at the Pahrump Nugget. 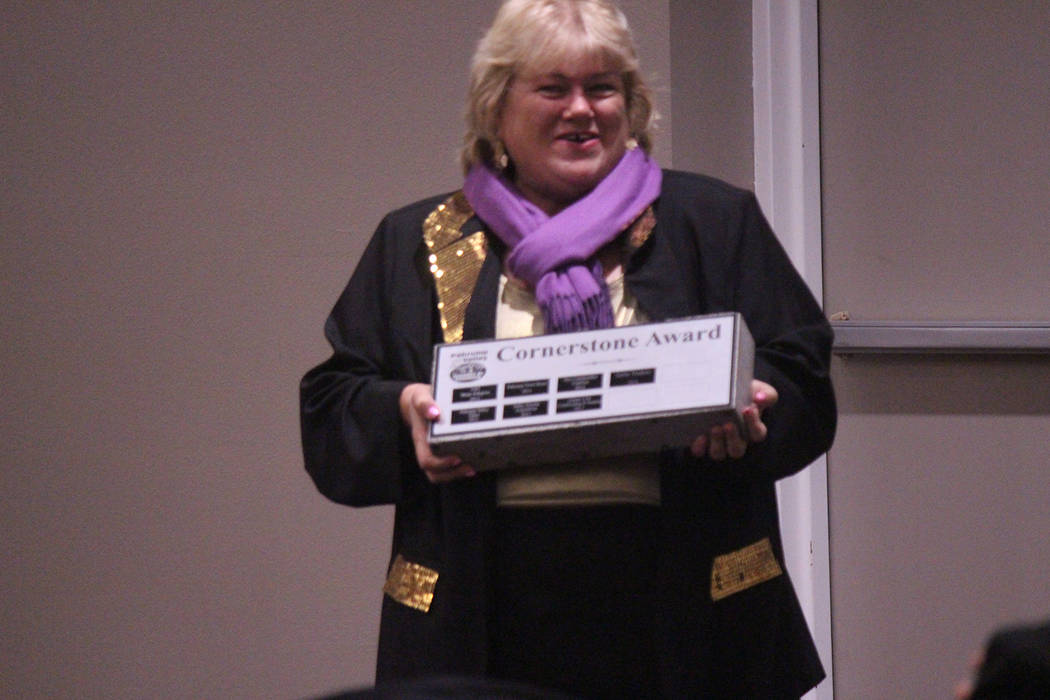 Jeffrey Meehan/Pahrump Valley Times The Saitta Trudeau Chrysler Jeep Dodge received the Cornerstone award from the Pahrump Valley Chamber of Commerce at the Pahrump Nugget on Feb. 2, 2019. The award was given during the chamber's annual Installation Gala and Community Awards Ceremony. 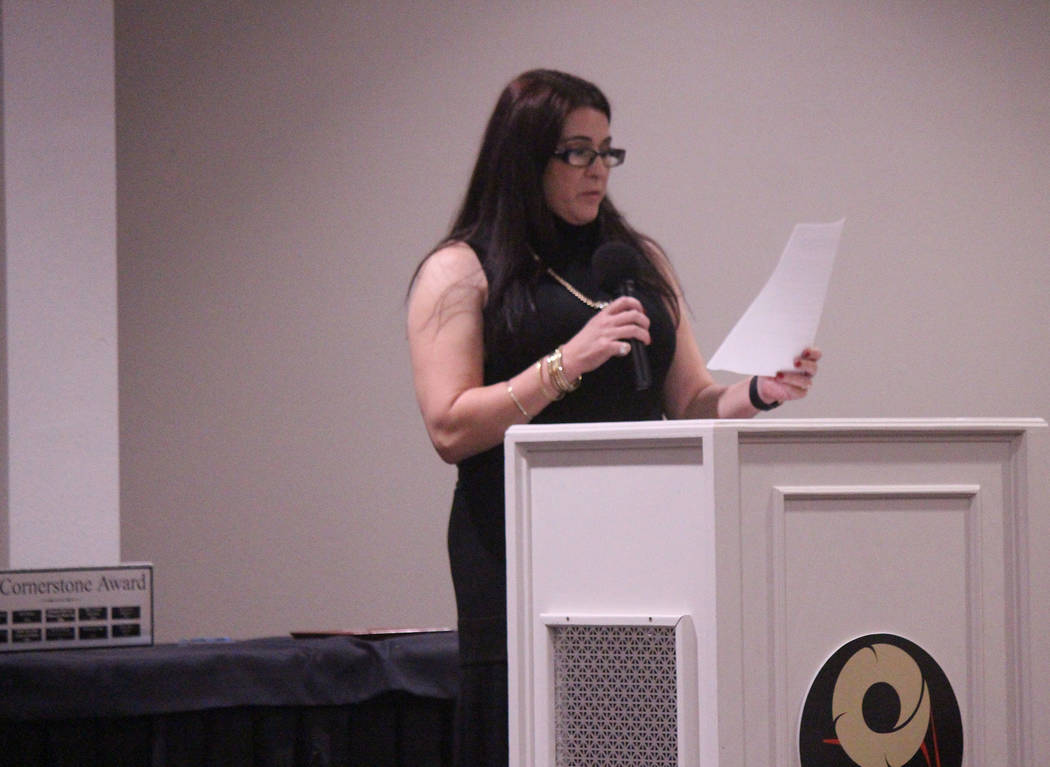 Jeffrey Meehan/Pahrump Valley Times Melissa Decker-Gebhart, interim executive director of the Pahrump Valley Chamber of Commerce, speaks at the chamber's annual Installation Gala and Community Awards Ceremony on Feb. 2, 2019. She was named in the position after former CEO Chris Erwin resigned his position. 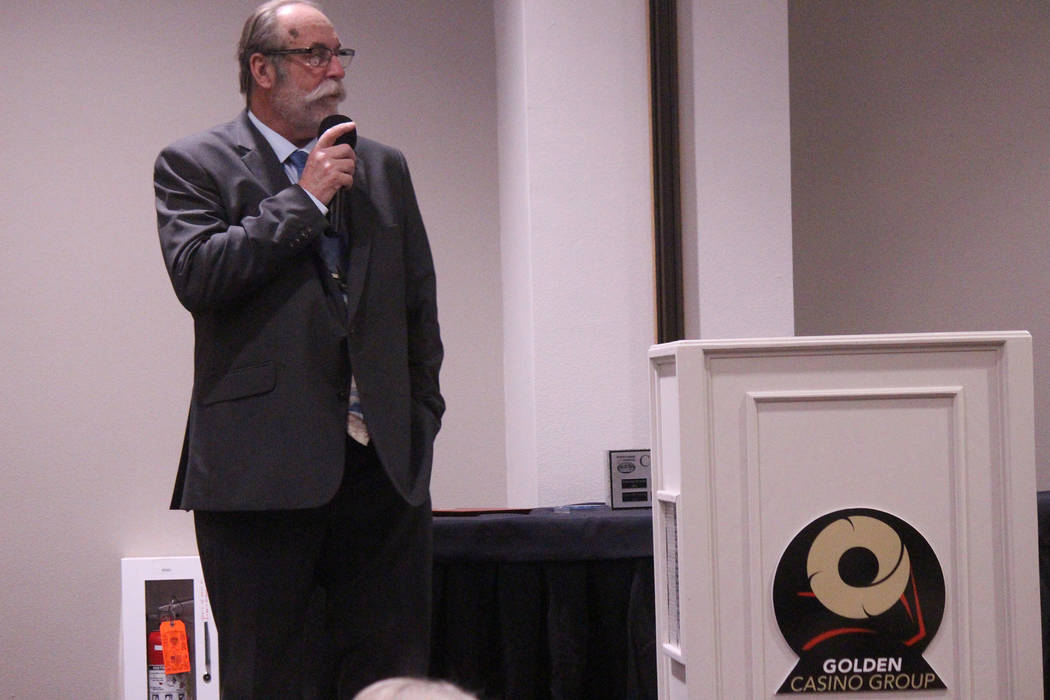 Jeffrey Meehan/Pahrump Valley Times The 2019 Pahrump Valley Chamber of Commerce Board of Directors President Max Buffi speaks at the chamber's Installation Gala and Community Awards Ceremony for 2019 on Feb. 2, 2019. 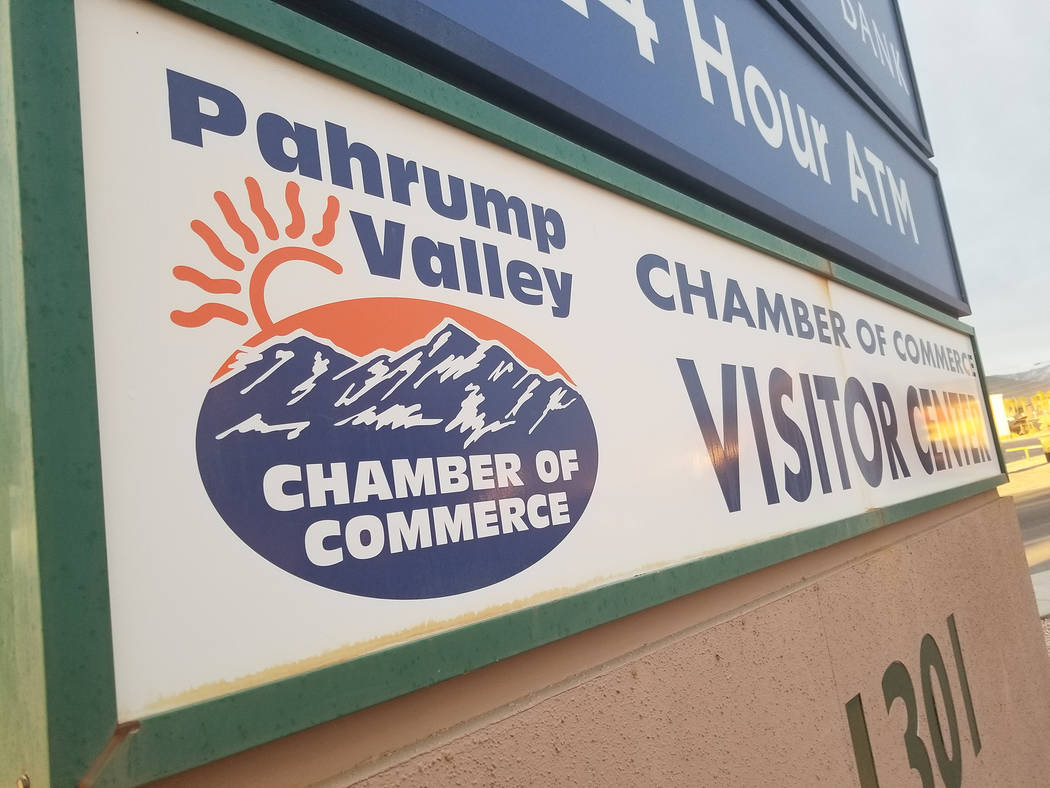 David Jacobs/Pahrump Valley Times The Pahrump Valley Chamber of Commerce's headquarters at 1301 S. Highway 160. The office is located on the second floor of the building.

New leadership was ushered in for the Pahrump Valley Chamber of Commerce during the Installation Gala and Community Awards Ceremony for 2019 in early February.

The chamber has also seen other leadership shifts in its staff in recent months.

The members-only event filled a banquet hall at the Pahrump Nugget. The new board members were sworn during the roughly two-hour-long affair.

Individuals and businesses were also recognized during the community awards portion of the gala.

“This (award) is given to a local business that demonstrates that is an essential part of the community of Pahrump on a regular basis,” said Melissa Decker-Gebhart, interim executive director at the Pahrump Valley Chamber of Commerce.

She continued, stating, “As our community grows, the need for professional and reliable goods and services grows. This company has established itself as all of these things for the people of Pahrump. They are a business our town can be proud of.”

The Pahrump Senior Center was given the nonprofit of the year award during the event and B.J. Hetrick-Irwin, founder of the Ms. Senior Golden Years USA Pageant, was given an award for volunteer of the year.

The night was also filled with raffle prizes that ranged from a comp at Stockman’s Steakhouse to hotel stays and other prizes.

The chamber hosts several large events in the Pahrump area each year: the Biz &Home Expo, the Fall Festival and others.