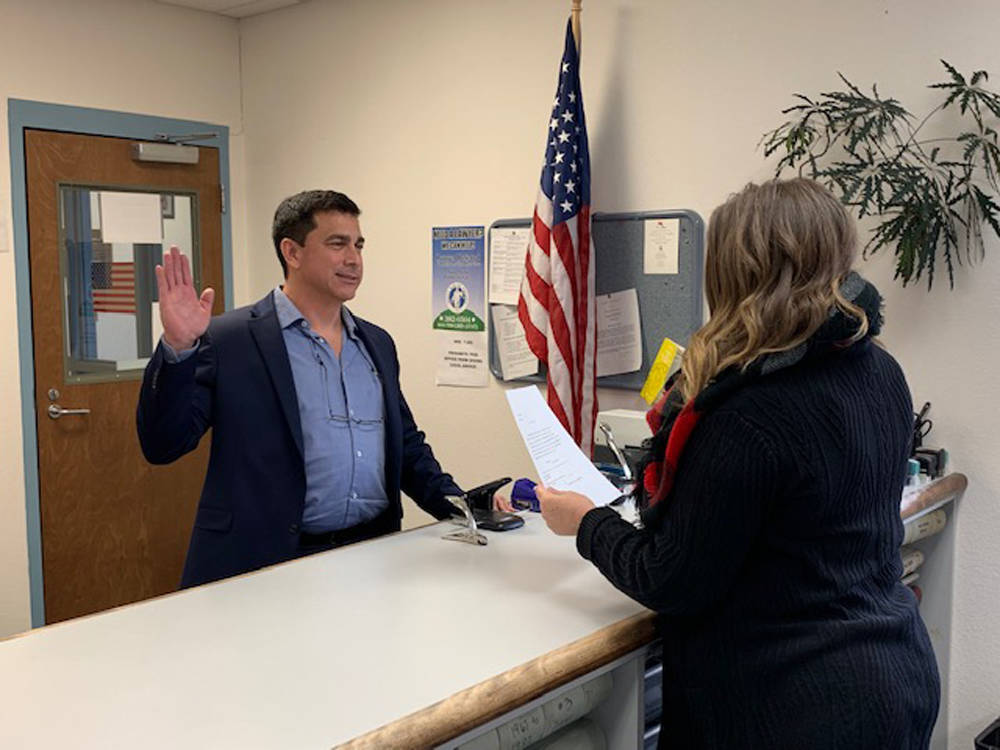 Special to the Pahrump Valley Times John Prudhont is pictured being sworn in as Nye County Treasurer following his appointment by the Nye County Commission on Jan. 7. 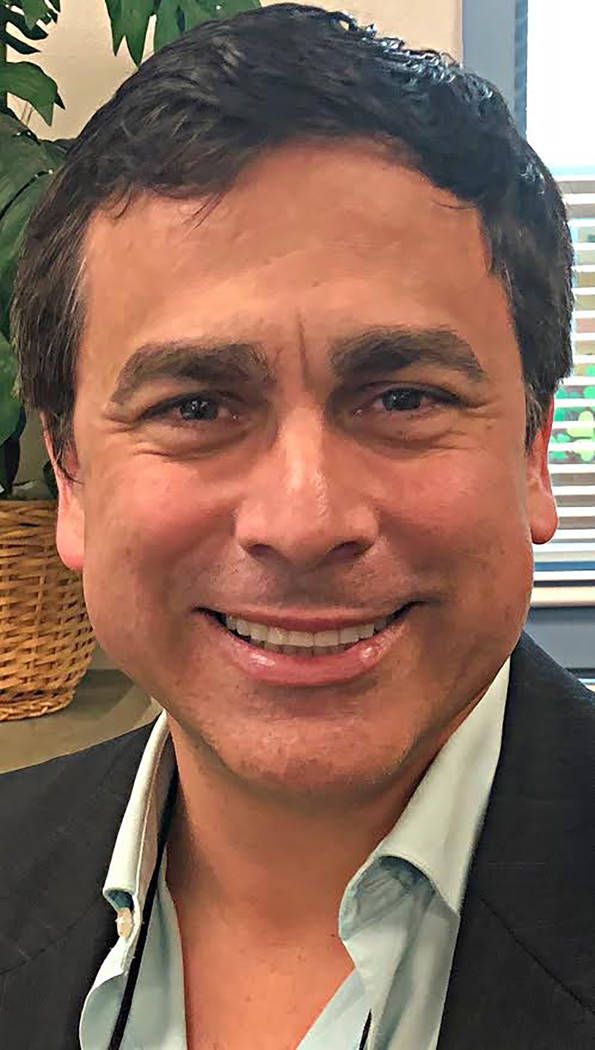 The 2018 general election resulted in a win for Republican nominee Pam Webster, who would have taken over the seat of Nye County treasurer in an elected capacity after having held the position in an appointed capacity since January 2018.

However, Webster resigned from her spot as the appointed treasurer a month before triumphing in the general election, leaving a vacancy to be filled.

With the start of the new year, the Nye County Commission has now fulfilled its duty to appoint someone as interim treasurer, selecting John Prudhont for the job.

Prudhont was one of four Republicans who ran for treasurer in the 2018 primary election and one of half a dozen total applicants for the appointment, which the commission made during its Monday, Jan. 7 meeting.

He came with an abundance of backing from the public, with no less than eight residents stepping forward to voice their support for his appointment during the public comment.

Prudhont touted his experience in finances, real estate and more, declaring himself to be the most qualified person for the seat. He promised to eradicate the many troubles that have plagued the office in the past, problems that have leaked out to affect many other areas of the county as well.

Namely, Prudhont vowed to ensure that the treasurer’s reports, which have not made their way to the commission in quite some time, are completed as required and presented to the commission on a monthly basis. Only with this key factor properly functioning can the county feel confident in understanding its financial position, Prudhont said.

Despite two Nye County commissioners favoring another applicant, Jennifer Perry, Prudhont was ultimately appointed by a 3-2 vote with commissioners John Koenig and Lorinda Wichman against and commissioners Donna Cox, Leo Blundo and Debra Strickland in favor.

Though the office of Nye County treasurer comes with a four-year term, Prudhont will only hold the appointment for the next two years, due to Nevada law. According to Nevada Revised Statute 245.170, the county is required to place the office on the ballot in the next biennial election, which in this case will occur in 2020.

“I appreciate the opportunity to fill the position of Nye County treasurer for the remaining two-year term. I also want to thank the Nye County commissioners for recognizing my experience and education as the best fit for managing the various tasks that the Nye County Treasurer’s Office performs on a daily basis for our citizens and the county commissioners,” Prudhont stated when reached for comment.

“I look forward to providing more transparency regarding the transactions and financial reports that the office performs as well. There has not been a treasurer’s report since August of 2017 and building the reports, that should have been done on a monthly basis, will be the first major task that I will be focusing on.”

Others who applied for the appointment include Jennifer Perry, a 10-year employee of the treasurer’s office who was selected as interim treasurer for the remainder of 2018 following Webster’s resignation.