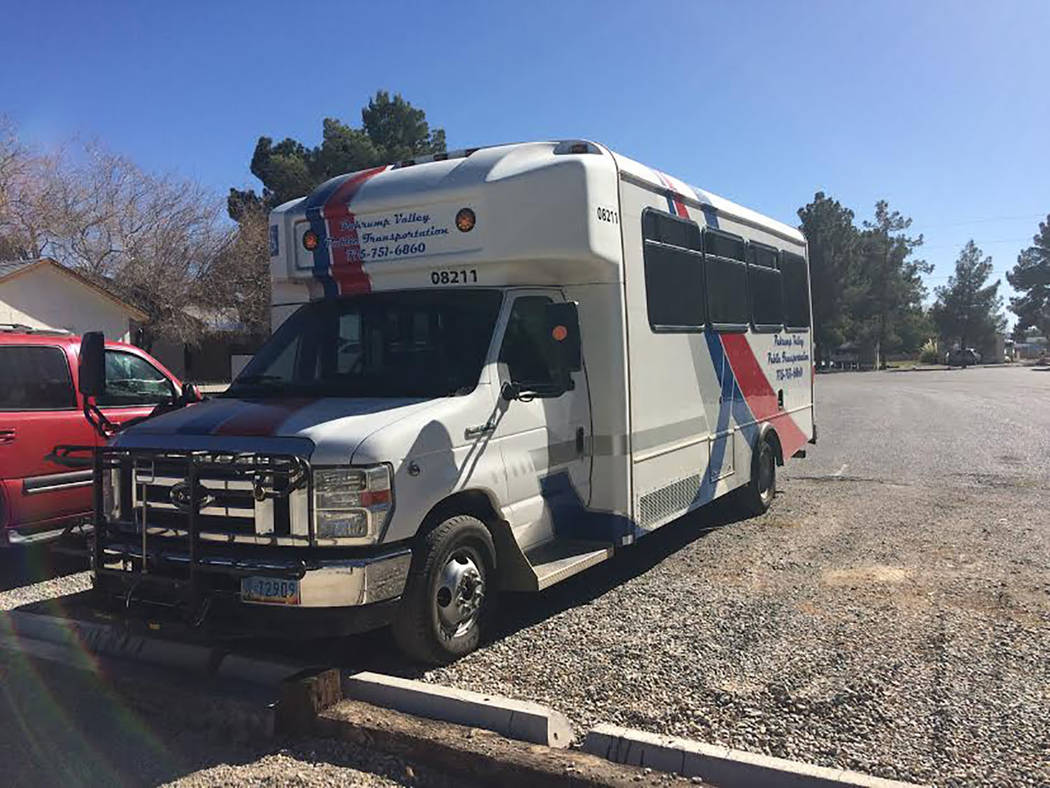 Robin Hebrock/Pahrump Valley Times The view of the front of one of the Pahrump Valley Public Transportation buses as seen in a photo taken Feb. 7. A bus will be on display during the public meeting and fundraiser set for this Saturday. 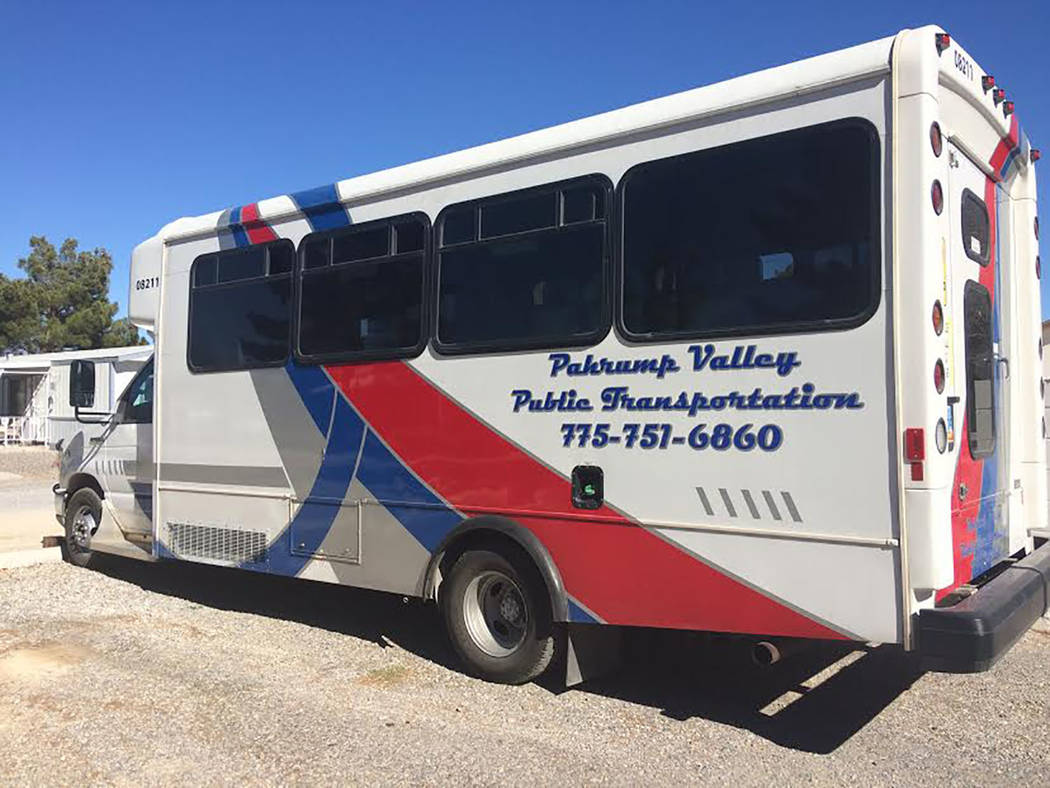 Robin Hebrock/Pahrump Valley Times The Pahrump Valley Public Transportation bus shown has recently been branded with the transit service's name and number, allowing residents to easily identify it when it is traveling around town.

The Pahrump Valley Public Transportation system, or PVPT as it has been titled, is readying for its official launch in the community with the first of two public meetings set for Saturday, Feb. 10 from 8 a.m. to noon at the Pahrump Senior Center.

Saturday’s meeting is being combined with a pancake breakfast as well, which will help feed hungry attendees while raising funds to support the bus service.

The PVPT has been operating at a limited capacity for several weeks now and full service is just weeks away. The last of the details of the service are nearing finalization and one main purpose behind hosting the public meetings is to relay this information to the public so they can understand the scope of the demand-response operation.

Meeting attendees will learn all about details such as how the service is organized and funded, hours of operation, the distinction between the northern and southern routes, cost to ride and more during Saturday’s pancake fundraiser.

In addition, the meeting will provide an opportunity for residents to get an up-close look at the buses being utilized by the PVPT, complete with their new branding.

“Our buses with the new PVPT signage will be displayed and open to the public for viewing and we will have a table set up with our trifold information packs,” PVPT representative Eric Whalen stated. Anyone interested in seeing the buses for themselves and learning all about the PVPT is welcome to head to the senior center on Saturday.

While there, the center will also be a hub of activity as the meal is prepared and patrons can enjoy a freshly-made breakfast that morning. For just $5 per person, attendees can chow down on fluffy pancakes, scrambled eggs, sizzling sausage and potatoes O’Brien, along with coffee, orange juice, tea or milk. The money raised will go toward supporting the operation of the PVPT.

If residents are unable to make it to Saturday’s meeting, there will be a second held on Thursday, Feb. 15 at the NyE Communities Coalition Activities Center. That meeting will start at 6 p.m. and conclude at 8 p.m.

Following the public meetings, the PVPT will see its “soft launch” on Tuesday, Feb. 20 at 7 a.m., when the bus routes, both north and south, will officially begin running full service.

One week later on Monday, Feb. 26, the “hard launch” will take place with pomp and ceremony. Whalen detailed that the hard launch will include representatives of the local media, Nye County commissioners and others.