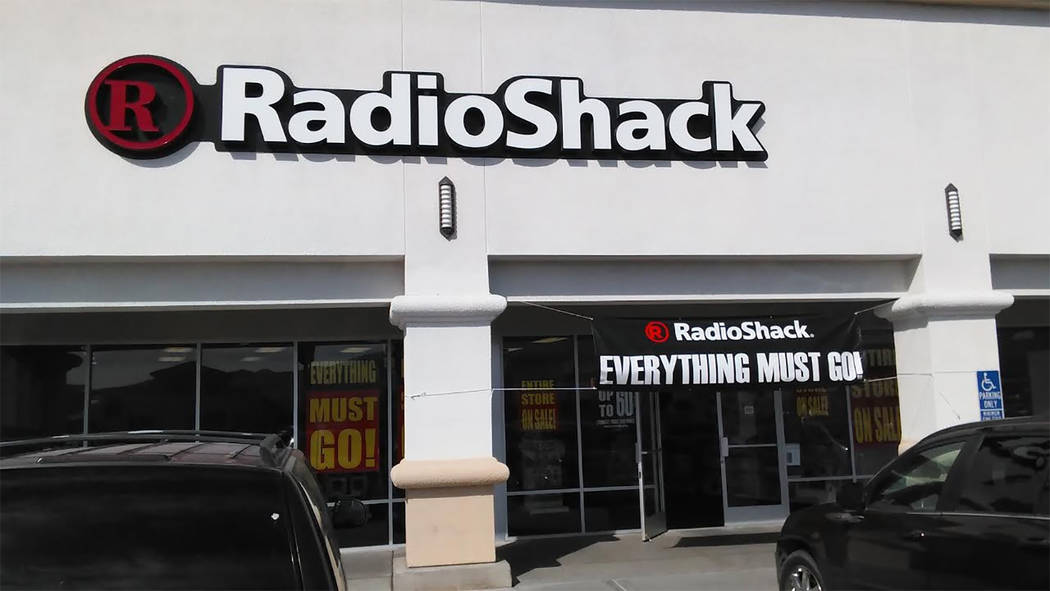 Selwyn Harris/Pahrump Valley Times Pahrump’s Radio Shack will cease operations after liquidating its inventory later this spring. The corporation filed for Chapter 11 bankruptcy in the United States Bankruptcy Court early last month after declining sales at stores around the country. 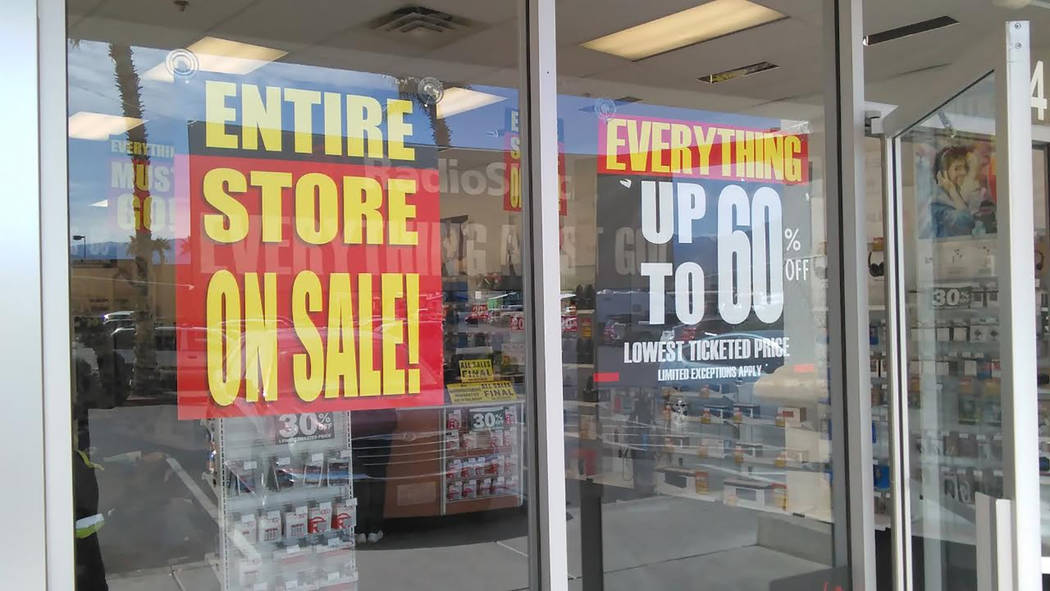 Selwyn Harris/Pahrump Valley Times Signs are shown at the Radio Shack off Highway 160. Pahrump’s Radio Shack will cease operations after liquidating its inventory later this spring. The corporation filed for Chapter 11 bankruptcy in the United States Bankruptcy Court early last month after declining sales at stores around the country.

A longtime electronic retailer in Pahrump is shutting its doors for good.

RadioShack, 250 S. Highway 160, is now liquidating its inventory, as are other stores across the country.

The news comes a few weeks after the company filed voluntary petitions under Chapter 11 in United States Bankruptcy Court.

The announcement was posted on the company’s website on March 8.

All sales made on or after March 2, were final and returns will not be accepted.

Additionally, products sold on or after March 2 do not come with a RadioShack warranty and are sold “as is.”

Most nationally branded products come with a manufacturer’s warranty and for issues with those products, customers should contact the manufacturer directly.

“RadioShack.com, stores and dealer locations across the country are still currently open for business and serving customers,” the statement said. “The company is closing approximately 200 stores and evaluating options on the remaining 1,300.”

The statement also noted that the company and its advisers are currently exploring all available strategic alternatives to maximize value for creditors, including the possibility of keeping stores open on an ongoing basis.

“Over the course of the past two years, our talented, dedicated team has worked relentlessly in an effort to revitalize the company and the RadioShack brand, while providing outstanding service to our customers,” Rogers said. “We greatly appreciate their hard work and dedication.”

John Dolin, the manager of Pahrump’s RadioShack, said he learned of his store closing earlier this month.

Dolin, who has managed the store for the past seven years, said upward of six employees will lose their jobs, including himself.

He recalled when he first opened the doors of the retailer in the Albertsons Plaza.

“I opened the doors myself and stocked all of the inventory all by myself. It’s a little depressing,” he said. “I heard about the news not too long ago. All the RadioShack stores nationwide are closing. I don’t know what I’m going to do. I can tell you this much: when the doors finally close, I am going to get my drink on.”

Additionally, Dolin said customers this month have been asking the same questions about the news of the retailer’s demise.

“I need to decompress because it has been very difficult for us all,” he said. “Especially, dealing with the same three questions which are, when you are closing, what’s your last day, and where are you moving to? I tell them that we’re not moving because the entire company is closing.”

“Nobody knows when the last day is,” Dolin said. “Hopefully, sometime this week we will have some news regarding that. As far as the customers, I’d just like to say I’m sorry. We tried, but it wasn’t enough.”

Dolin was also gracious enough to tell his customers where they can find expert advice on electronics in the community.

Last year, the company saw a ray of hope after reducing operating expenses by 23 percent and boosting profit dollars by 8 percent.

During that period, the company integrated with FedEx to pick up and drop off products at 140 RadioShack locations.

CEO Rogers, meanwhile said the actions were not enough to keep the retailer open.

“Over recent months, we have concluded that the Chapter 11 process represents the best path forward for the company,” he said. “We will continue to work with our advisers and stakeholders to preserve as many jobs as possible while maximizing value for our creditors.”

Founded in 1921, RadioShack is owned today by General Wireless Operations Inc., which acquired the storied brand in April 2015.

The new RadioShack has over 1,500 company-owned stores, including 1,200 Sprint Stores at RadioShack, and 425 independent dealers located nationwide.