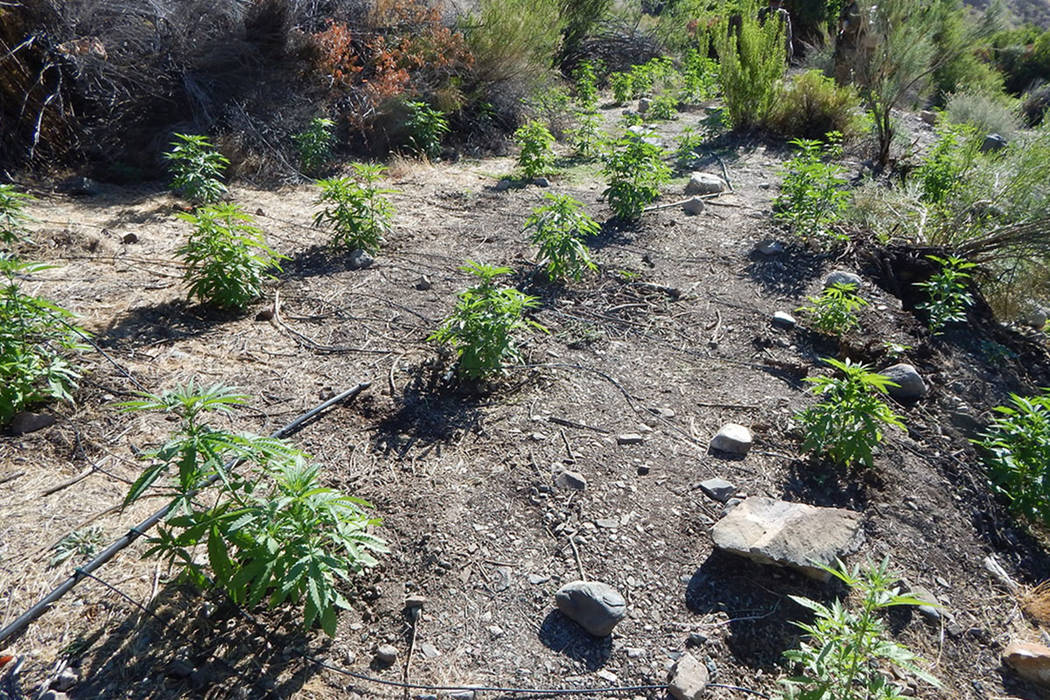 Marijuana plants grow in a remote canyon at the heart of Death Valley National Park, where authorities raided the illicit operation on July 3. National Park Service 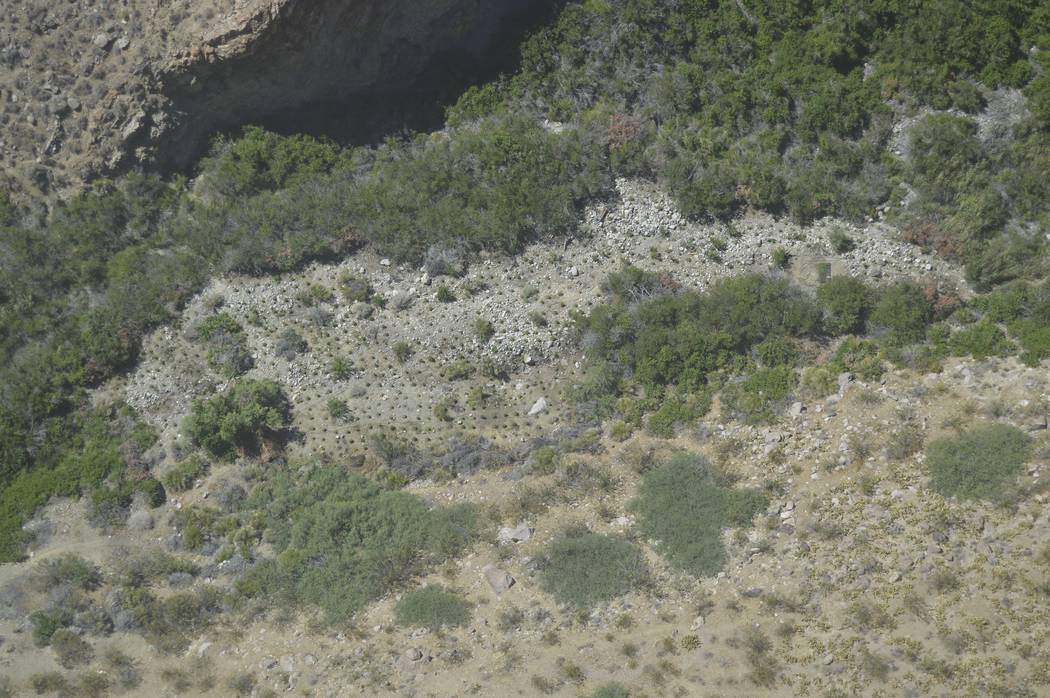 An aerial view of an illegal marijuana farm that was raided by authorities on July 3 in a remote canyon at the heart of Death Valley National Park. (National Park Service)

Authorities in California have shut down an illicit marijuana farm in an unexpected location: the middle of Death Valley National Park.

National Park Service rangers raided the illegal growing operation in remote Hanaupah Canyon, on the west side of Death Valley, after hikers came across three men installing irrigation lines for the plants.

According to a release from the Park Service, the hikers initially mistook the men for park employees and asked them what they were doing. The release said one of the men responded, “Growing marijuana. You won’t tell the cops, will you?”

Rangers found more than 4,000 marijuana plants in four garden plots when they raided the site on July 3. No one was tending the plants at the time.

“Even though California and Nevada have passed laws legalizing marijuana sale, it remains illegal at the federal level,” park Superintendent Mike Reynolds said in a statement. “Our biggest concerns in Death Valley are that grow sites decimate vegetation around springs, poison wildlife and are dangerous for the public.”

Whoever put in the plants cleared away native vegetation, diverted water from a nearby spring and hauled in a toxic pesticide called carbofuran.

The Park Service is warning hikers in remote parts of Death Valley to be on the lookout for marijuana growing operations, which are littered with irrigation hoses, fertilizer, unusual trash and signs of recent digging.

Anyone who finds such a site should leave as quickly as possible and then report its location to authorities by calling 760-786-2330.