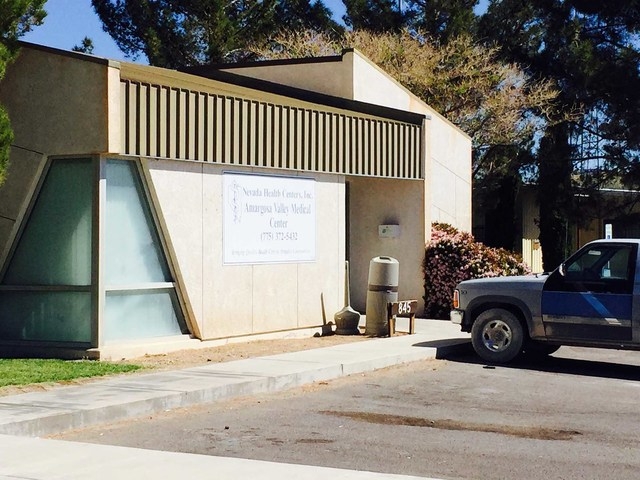 With Nye being named the least healthy county in the state by a recent study, a lot of attention is being focused on how the area can improve health care throughout the county.

The 2015 County Health Rankings, released last week by the Robert Wood Johnson Foundation and the University of Wisconsin Population Health Institute, ranked Nye County last in the state based on 30 factors.

One glaring issue of those factors was the physician-to-patient ratio in Nye County, which was 2,387 to 1, compared to the state average of 1,777 to 1. Nye ranked 10th out of 13 Nevada counties ranked, with the remaining four not having enough information.

Although efforts have been made to bring new doctors to the rural areas, it hasn’t been the easiest task for those in charge.

“We’ve done a number of studies on the numbers of physicians that should be in our community, but the dynamics for any organization to recruit physicians here has been difficult at best,” Desert View Hospital Chief Executive Officer Kelly Adams said.

Since taking over the hospital in 2013, Adams has made a push to draw new physicians to the area, but competition from larger cities has proved to be a challenge.

Adams explained those who are willing to work in a rural area have a certain mindset before making the decision to work in a smaller town.

“You really have to find a physician that is either familiar with, or has a desire to be in a rural area,” Adams said. “It’s most difficult to recruit a physician, male or female; you just can’t talk them into a rural environment. They have to have that decision almost made before the recruitment process begins.”

With larger cities having more options all around, from food, entertainment, social gatherings and more, those who aren’t ready to part with those conveniences are reluctant to move to an area where those things are few and far between.

Another big issue, as in just about every industry, is money. With bigger cities comes bigger pay, so looking at a rural area to some, is like taking a pay cut, before they even begin.

“Big cities bring big dollars, smaller cities don’t,” Adams said. “We have a real limited budget. We do the best we can to compete with what the national averages are, for salaries, but we don’t have a lot of arts, we don’t have a lot of the types of cultural things that you would find in a metropolitan area.”

Jeremy Cox, Vice President of Operations for DaVita Healthcare Partners, which has five locations in the area, has overseen recruitment to Nye County for the past three years, so he knows the struggles a rural setting can present.

After about a good 12-month time frame, we were able to aggressively recruit for the area, and have pretty good candidates coming through for the last two years.”

Trying to offshoot those issues, Cox explained they offer salary on par, and sometimes surpassing, the rates of those in Las Vegas.

“We don’t have a differential in lower salaries,” Cox said. “In essence we pay more for those in Nye County, due to the difference between Las Vegas and there. We’ve compensated for that, it’s scaleable.”

Adams estimates that about 5 percent of patients seen by the Desert Valley Hospital are from outside of Pahrump, from areas such as Amargosa Valley.

In Amargosa Valley and Beatty, $312,000 in subsidies to their health clinic were cut, which put clinics in both towns in jeopardy.

Lorinda Wichman, who represents the Amargosa Valley, said that she believed most from Amargosa Valley were traveling for their health care needs, but knows there is a demand to have more options in town.

In an effort to do just that, Wichman is readying a plan to possibly bulk up the medical community in rural Nye County.

“I just put in an agenda item to explore the possibilities about creating a hospital district up here in this area, hoping that we can get some sort of a structure in place that will help the hospital and clinic that we have up here at this time,” Wichman said.

Getting Nevada medical school graduates to stay in state has been a struggle and it starts with keeping them here to complete residencies. Trying to aid the situation, Gov. Brian Sandoval proposed to use $10 million for residency training in Nevada.

“We have a growing relationship with the University of Nevada-Reno with respect to training and having residents here,” Adams said. “This past year our chief of surgery, Dr. John Sorenson, had two, fourth-year students here, and we think that’s unique. That a rural hospital is in that rotation for residency training.

“Desert View Hospital is growing enough, that we got the attention of UNR, so we can do those things.”

A project that is in its infancy now, UNLV’s medical school, could begin graduating students beginning in 2021, which could benefit Nye County in respects to health care.

“We’ve been contacted early on, if we could take in some of the residents, and the answer is yes,” Adams said. “Anything we can do to help promote the physicians staying the state of Nevada we very much support.”

Aside from residency programs, health care providers are noticing the need for more healthcare options in Nye County.

“When we recruit, very high on our list was specifically Nye County,” Cox said. “We wanted to really make a difference in the community as a partner and that moved them up on our priority list too, we recognize there’s a demand for medical providers in Nye County, to grow it.”

Despite the stats pointing to a bleak state in the availability of doctors, there are steps being taken to ease some of the logjam in the medical system.

So even though it may seem bad now, with the plans in place, Nye County appears to be positioned to begin an upward track out of the cellar of a daunting ranking.

Everyone agrees it will take a while.