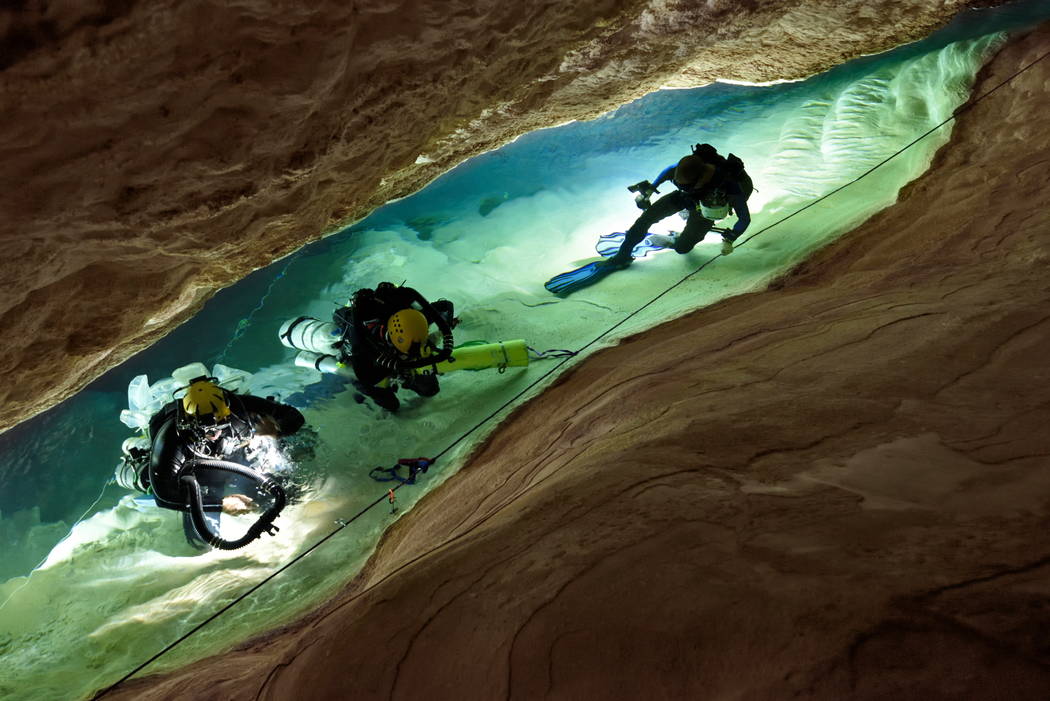 Scientists from the University of Minnesota and University of Innsbruck in Austria, accompanied by a group of divers and a film crew, descended into Devil’s Hole No. 2 where they collected samples of water at different depths and calcite from the walls of the cave to get a glimpse into the climate changes in the region. Robbie Shone/Special to the Pahrump Valley Times 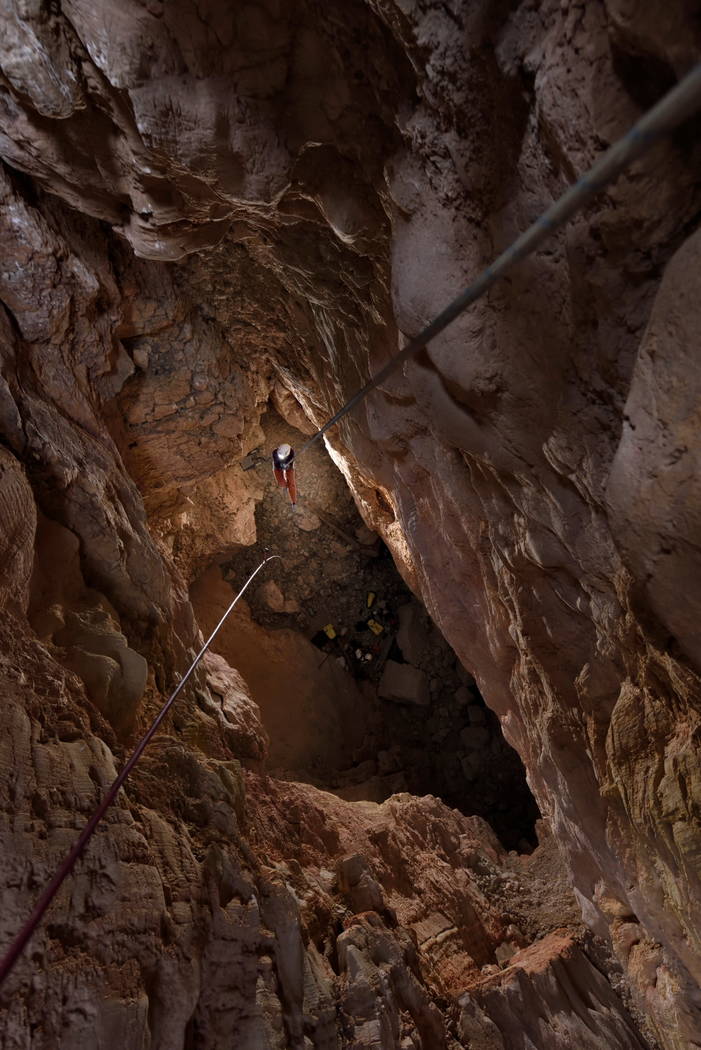 A group of researchers who want to reconstruct the climate in the area, recently descended into a part of Devil’s Hole.

Scientists from the University of Minnesota and the University of Innsbruck in Austria, accompanied by a group of divers and a film crew, descended into Devil’s Hole No. 2 where they collected samples of water at different depths and calcite from the walls of the cave to get a glimpse into the climate changes in the region.

Devil’s Hole, a detached part of the Death Valley National Park, is located in the Ash Meadows National Wildlife Refuge west of Pahrump.

“Scientists drilled core samples from calcite that’s deposited on the walls of Devil’s Hole No. 2. The calcite has been depositing out of the water for hundreds of thousands of years. Its analysis will allow scientists to create a model of past changes in the climate in the area,” Wilson said.

Divers haven’t worked at this depth in Devil’s Hole No. 2 since the 90’s, Wilson said. To access the place, they had to rappel down a 60-foot rope into the upper chamber, squeeze through a small hole, and enter the lower chamber where they were able reach the water table.

“So what they can do is reconstruct the climate back hundreds of thousands of years. And this was originally done in Devil’s Hole back in the 80’s and 90’s. We don’t allow researchers to do this type of work in Devil’s Hole because of the critical status of the Devil’s Hole pupfish,” Wilson said.

Dr. Gina Moseley, a fellow researcher at University of Innsbruck in Austria who participated in the research said Devil’s Hole is “interesting” for researchers because it’s located in an area that is sensitive to climate change.

Over the last few years, reserachers visited Devil’s Hole No. 2 several times and took core samples of the calcite at different elevations above the water table. Scientists then dated the calcite in the core and analyzed the oxygen and carbon to construct a record of climate.

“We are able to analyze every 0.1 mm so it is very high resolution,” Moseley said.

For the last 2.6 million years, the Earth has alternated between cold periods known as glacials or ice ages, and warm periods such as today known as interglacials, Moseley said. During ice ages, the climate of the Great Basin area gets much wetter and large lakes form. During interglacial periods, the climate gets drier and the lakes dry out.

The water in Devil’s Hole and Devil’s Hole No. 2 is supersaturated with calcite which means that it contains more calcite than it can hold, Moseley said.

“Consequently it deposits this calcite onto the walls of the cave and has done so for over a million years. The calcite that is deposited contains a chemical record of the water in the cave at the time. This water has been on a long journey, however, first starting in the ocean and then traveling through the atmosphere before falling as rain and finally ending up in the cave. Consequently, it contains a chemical signature of the atmosphere, and therefore climate,” Moseley said.

The footage shot will be used as part of an IMAX documentary, “Ancient Caves”, that will show a team of scientists exploring a number of extreme caves around the world in pursuit of knowledge about ancient climate changes.

With the research spanning over two weeks, scientists finished their work on Feb. 16.