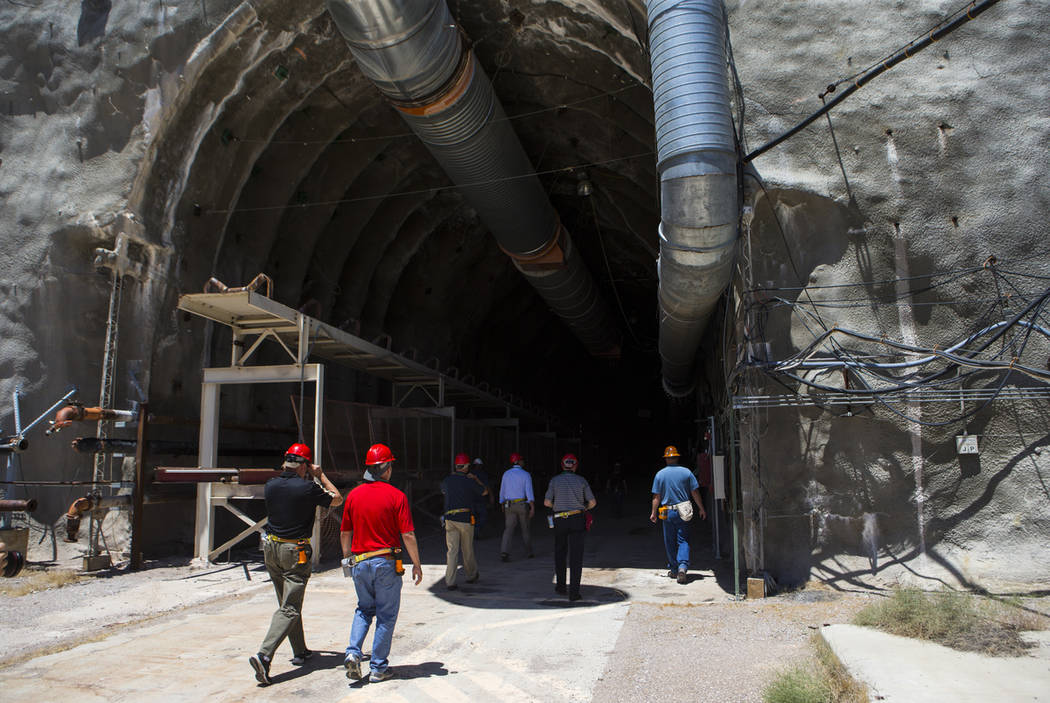 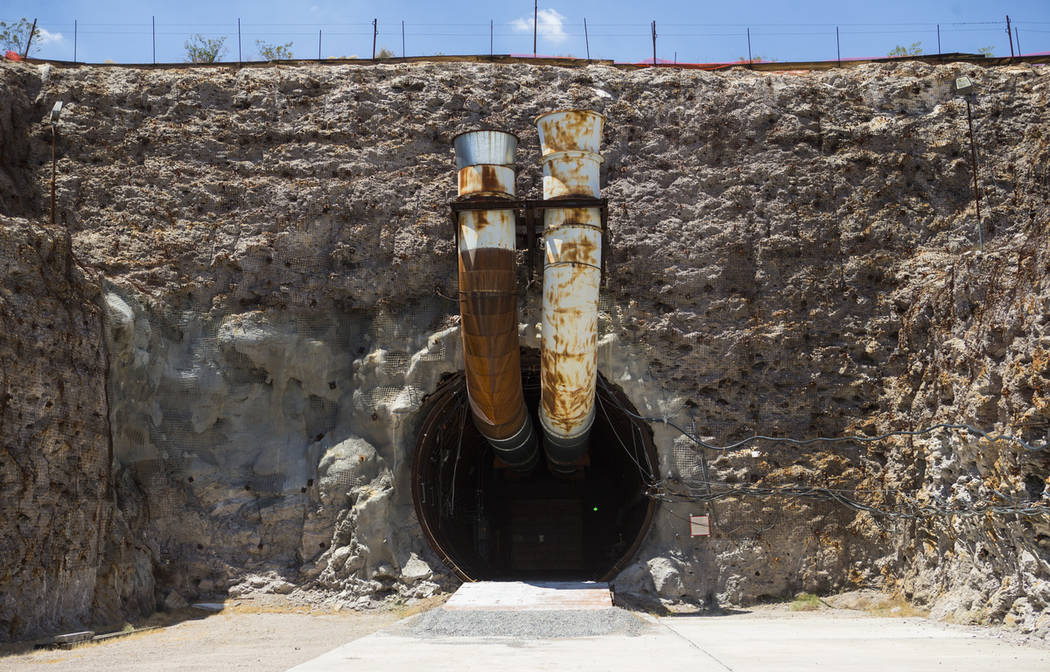 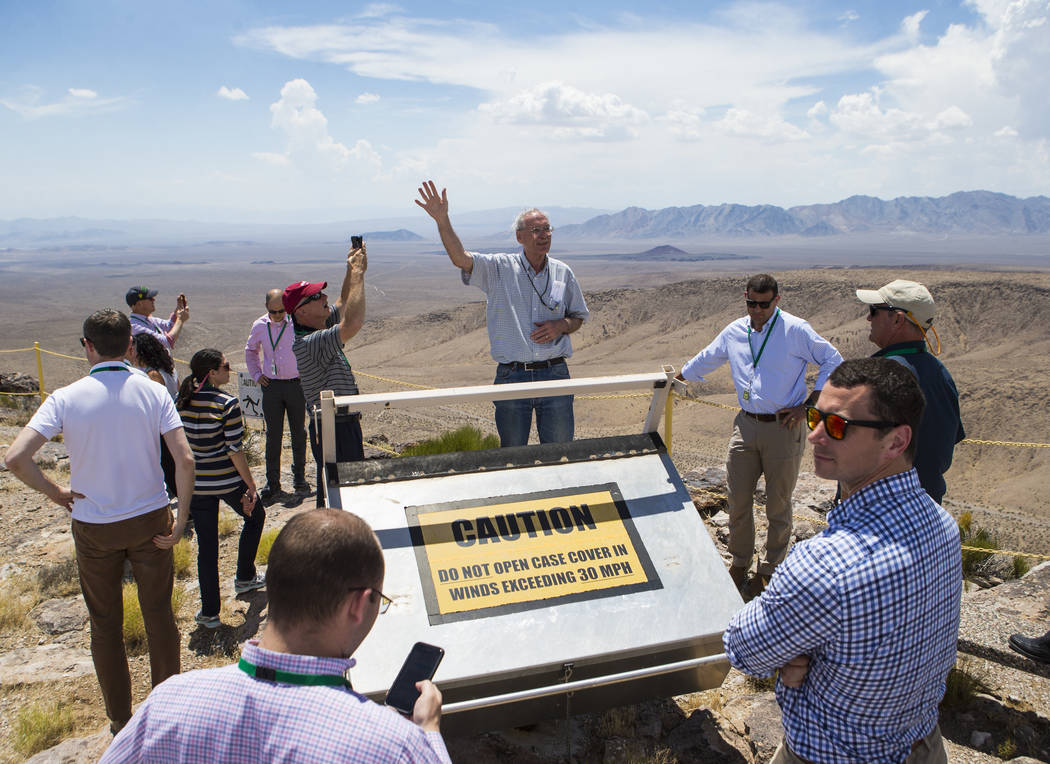 Wiilliam Boyle of the Department of Energy's Office of Nuclear Energy, center, speaks at the crest of Yucca Mountain during a congressional tour near Mercury on Saturday, July 14, 2018. Chase Stevens Las Vegas Review-Journal @csstevensphoto

WASHINGTON — A panel of scientists is urging a “reset” of the nation’s stalled nuclear waste management system and recommendations to manage and store the material that include using Yucca Mountain as a potential repository.

The proposals were included in a 126-page report, “Reset of America’s Nuclear Waste Management,” that addresses the buildup of highly radioactive waste from commercial power plants and military programs stranded at 75 sites around the country.

Scientists involved with the report were on Capitol Hill late last month to discuss a way forward, or a reset of current management and policy to address the lack of safe storage.

The report, released in January, includes developing a consensus-based siting process, but one that would still include Yucca Mountain as a candidate.

The inclusion of the site located 90 miles northwest of Las Vegas would continue the travesty of the 1987 decision by Congress that singled out “Yucca Mountain as the only site to be considered for development of a national nuclear waste repository,” said Steve Frishman, a technical consultant to the state of Nevada.

He noted that state, local and tribal leaders, as well as business groups and environmentalists, staunchly oppose permanent waste storage in Nevada and claim that the site is unsafe despite Department of Energy studies and recommendations.

Opposition to Yucca Mountain has led to an impasse on storing nuclear waste.

“The site for the proposed Yucca Mountain repository was formally selected in 2002,” the report noted. “Today, the fate of that site is in political limbo.”

The report further noted that there is “no clear path forward” to manage nuclear waste produced by commercial power plants.

The report compiled by scientists at Stanford and George Washington universities recommends taking the management of nuclear waste storage away from the DOE and creating either a new, single-purpose nuclear waste management organization or a nonprofit corporation owned by the nuclear utility industry to handle the waste.

The proposals would require congressional approval and new laws to transfer funds collected from nuclear power companies to build facilities to store the waste.

Many of the topics covered in the reset report were also covered, with differing emphasis, by the Blue Ribbon Commission on America’s Nuclear Future in 2012, Frishman said. The commission did not consider Yucca Mountain as a potential repository.

The report comes as Sen. Lamar Alexander, R-Tenn., plans a push in the Senate to resolve the three-decade impasse that has left nuclear waste piled up at generating plants across the country.