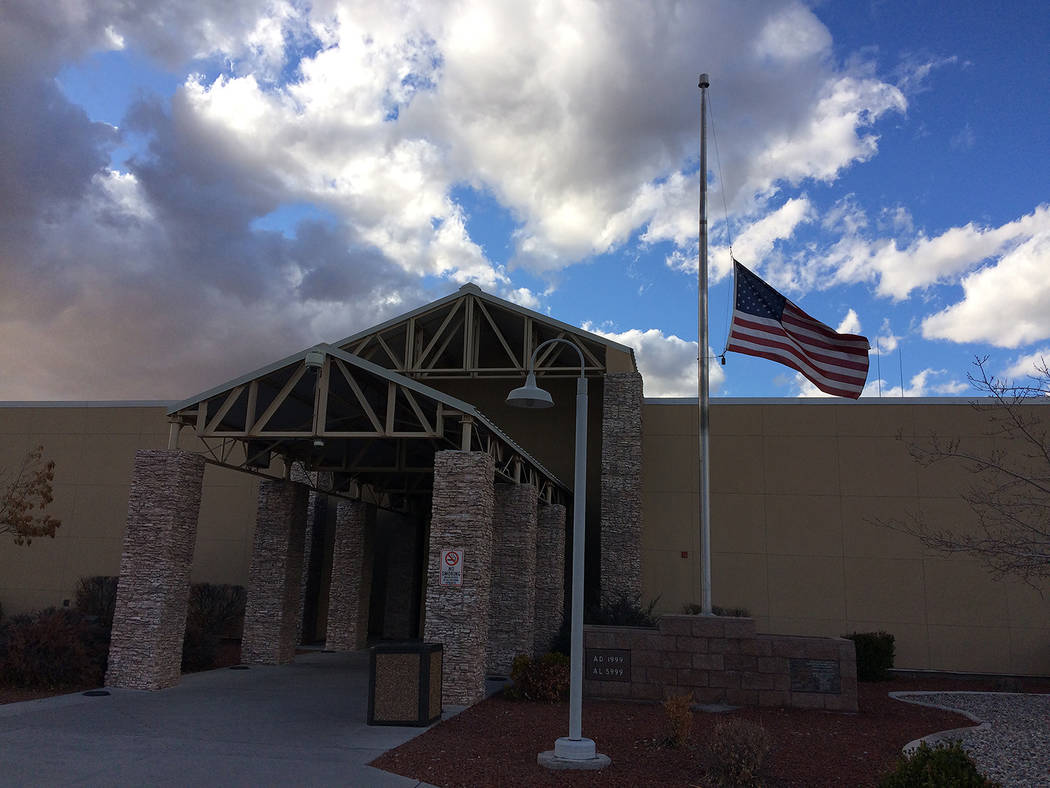 Robin Hebrock/Pahrump Valley Times The American flag is shown flying at half-staff outside the Ian Deutch Government Complex on East Basin Avenue on March 2. This was to honor the Rev. Billy Graham who died Feb 21 at age 99. 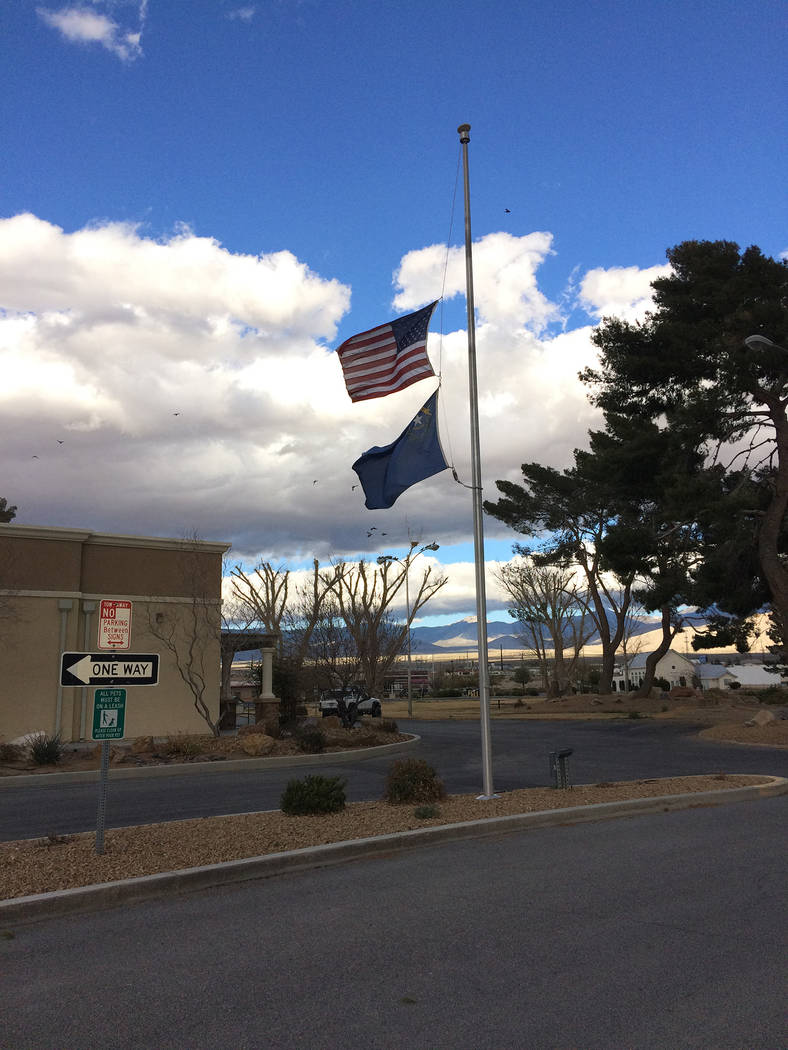 Robin Hebrock/Pahrump Valley Times The American and Nevada flags are shown flying at half-staff in Pahrump at the outside the Ian Deutch Government Complex on March 2. The flags were at half-mast in honor of the late Rev. Billy Graham.

American flags in Nevada were at half-staff on March 2 to honor the Rev. Billy Graham, who died Feb. 21 at age 99.

“The flags of the United States and the state of Nevada shall be flown at half-staff at the state Capitol and all state public buildings and grounds on Friday, March 2, 2018, from sunrise to sunset, as a mark of respect and in remembrance of Reverend Graham,” Sandoval wrote.

“The Reverend Billy Graham was an inspiration to thousands of Americans, a spiritual advisor to many, and demonstrated a deep and abiding love of our great nation,” Sandoval also wrote. “The sympathies of Nevadans are with his family and loved ones.”

Earlier, President Donald Trump had ordered that the flag be at half-staff at places such as the White House, at all public buildings and grounds, military posts and naval stations, and embassies.