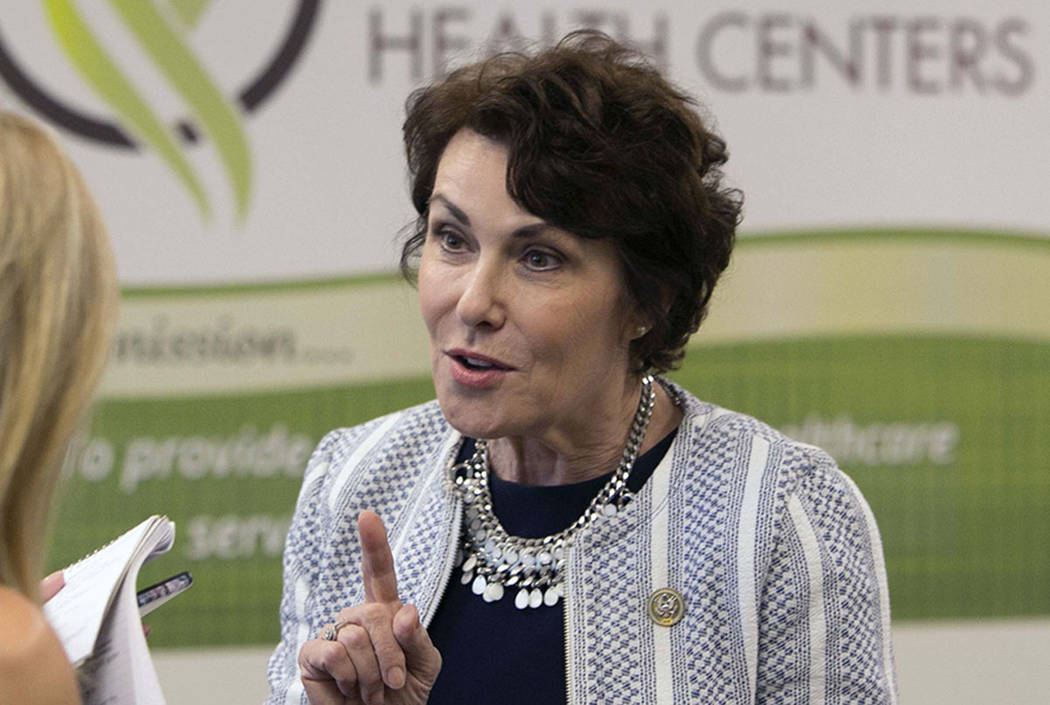 Bizuayehu Tesfaye/Las Vegas Review-Journal Storage of the waste near U.S. military installations is only one problem with Yucca, U.S. Rep. Jacky Rosen said. 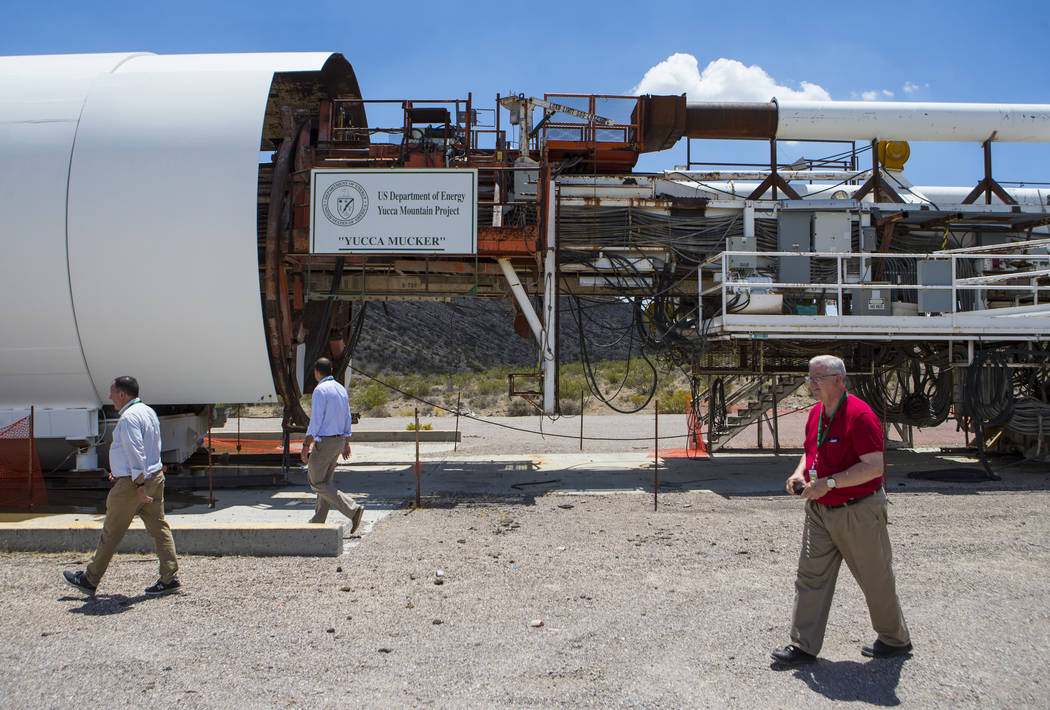 People walk by the Yucca Mucker, which bore the tunnel through Yucca Mountain, during a congressional tour of the area near Mercury on Saturday, July 14, 2018. Chase Stevens Las Vegas Review-Journal @csstevensphoto 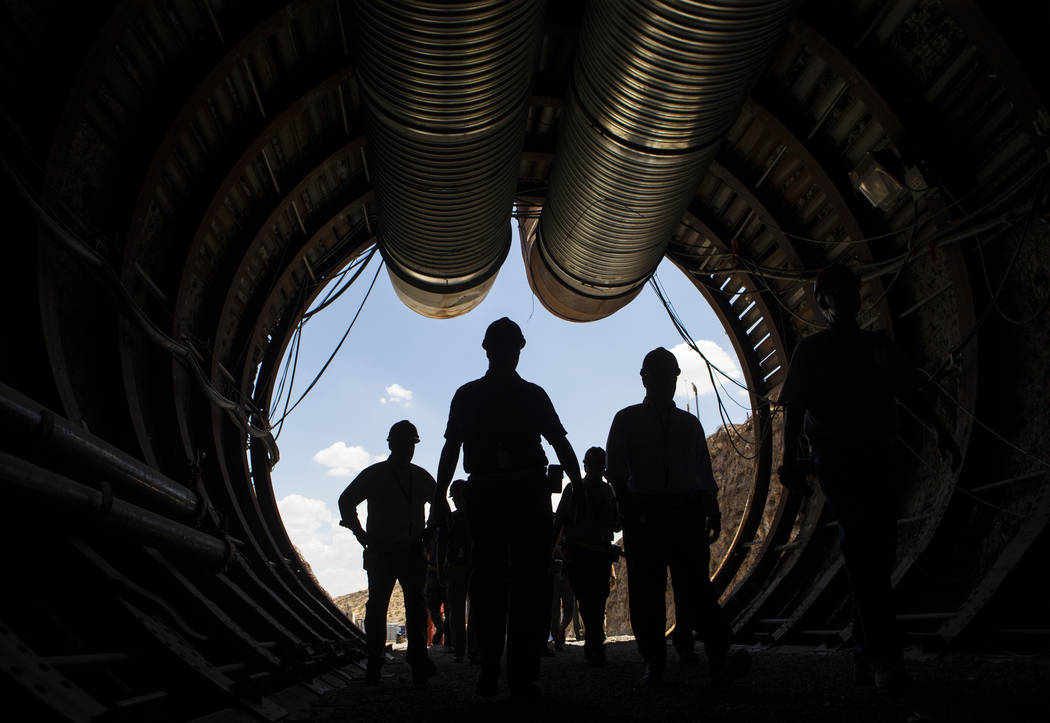 Nevada’s 3rd U.S. House Rep. Jacky Rosen looks at the Yucca Mountain controversy through the eyes of a member of the U.S. House Armed Services Committee.

The storage and transportation of nuclear waste at the site — less than 100 miles from Las Vegas — poses a serious threat to national security because of the U.S. military bases that surround the area, Rosen said earlier this month on Nevada Newsmakers.

“I sit on Armed Services (Committee), and I have a giant map about Nevada’s neighborhoods,” Rosen said. “We have Nellis Air Force Base, the premier pilot-training (facility) throughout the world. We have the Nevada Test and Training Range where we do all that training, 70 percent of the Air Force’s live munitions lives there.

“We have Creech Air Force base, where we have our unmanned aerial system,” she said. “We train those Top Gun Naval aviators in Fallon. We have a Hawthorne Army Depot, a Nevada Test Site and Area 51.

“Yucca Mountain sits right in the center of all that,” Rosen said. “Nevada is critical to our national security, our homeland security and safety. And anything that could compromise that, moving nuclear waste through the Nevada’s Test and Training range or any of those other routes, could put us at risk.”

Other members of Congress see Yucca and as an excellent spot to store the waste, But they do not understand how vital central Nevada is to national security, Rosen said.

Storage of the waste near U.S. military installations is only one problem with Yucca, Rosen said. The other one is moving it there through wide swaths of United States territory.

“If there is a nuclear (accident), if there is an issue, let me tell you this: There are 75,000 metric tons of nuclear waste. At three loads a week via trains or trucks on our freeways, going through over 44 states and 300 counties, it will take 50 years to transport it,” Rosen said. “So don’t tell me that within that 50 years, there is not going to be some kind of accident. Any accident is going to impact all of Nevada or it could impact a congressional district anywhere in this country.”

When it was noted that the Naval Air Station in Fallon is much closer to Reno than Yucca Mountain, Rosen said, “What I am saying is that it all sits in the center of our state.”

Nye County and the state’s other rural counties support completion of the licensing process, which would allow the Department of Energy to receive a building permit to construct a storage facility at Yucca Mountain.

Proponents of developing the Yucca Mountain site claim the repository would bring high-paying federal jobs and contracting opportunities that would boost tax revenue for local schools and profits and opportunities for businesses.

The Pahrump Valley Times and Las Vegas Review-Journal staff contributed to this story.