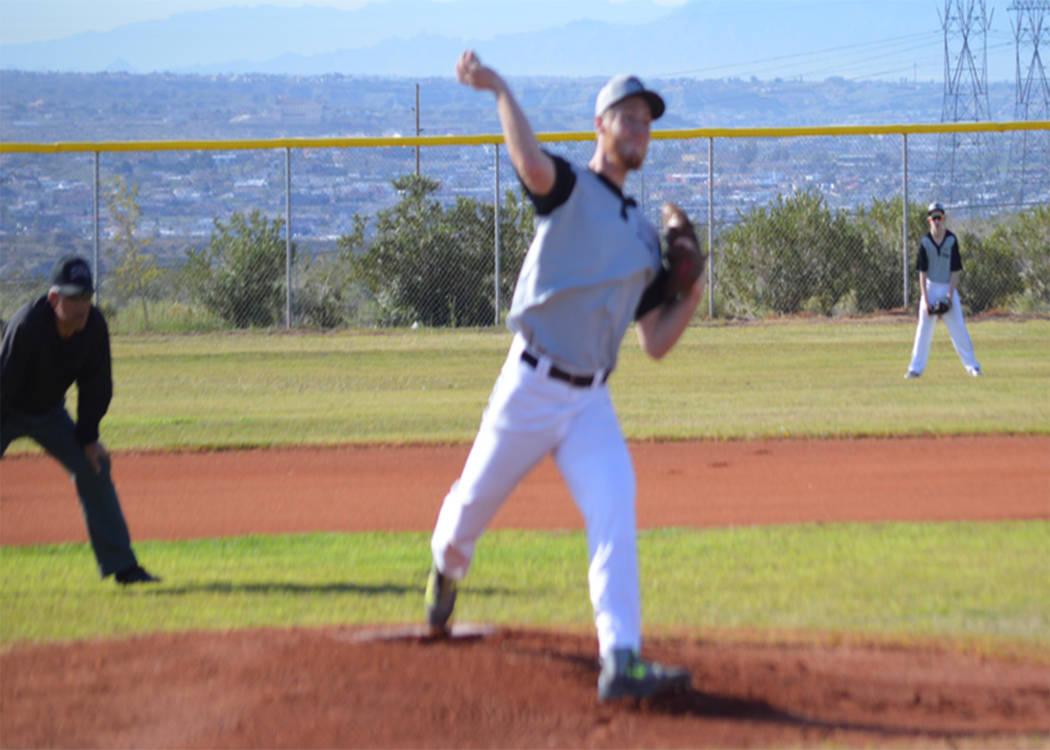 Special to the Pahrump Valley Times Corbin Jensen on the mound for Round Mountain. According to Knights coach Jake Topholm, he is one of the top pitchers on the team.

The Round Mountain Knights baseball team hopes to be competitive in the Class 1A Central League this year.

The other teams in the four-team league consist of Tonopah, Beatty and Spring Mountain.

Knights coach Jake Topholm says his team has a lot of younger players.

“We are very young this year; it’s going to be a year of rebuilding for us,” the coach said. “My kids play hard and are still learning, which is all I can ask of them. We have a couple more non-conference games scheduled before league play starts so by that time I think we will be OK.”

The team is 1-8 in preseason and will start league play April 14, hosting the Muckers from Tonopah at 3:30 p.m. At the time of this story, the Knights had just taken a beating from Indian Springs. The Knights got swept in a doubleheader 15-0 and 12-0. Topholm said that Indian Springs was tough this year.

“They hit the ball very well and are very solid in the field,” he said. “They had four kids pitch against us and all threw strikes and mixed in their off-speed stuff well. “Hopefully, we can get all the kinks worked out and make a run at the playoffs this year,” the coach said.

“They are both seniors and the two most experienced players,” he said.

The Knights’ infield consists of Austin Anderson at first base, Tristan Olmedo at second, Diego Rodriguez at third, Corbin Jensen at shortstop and Jacob Dickens at catcher.