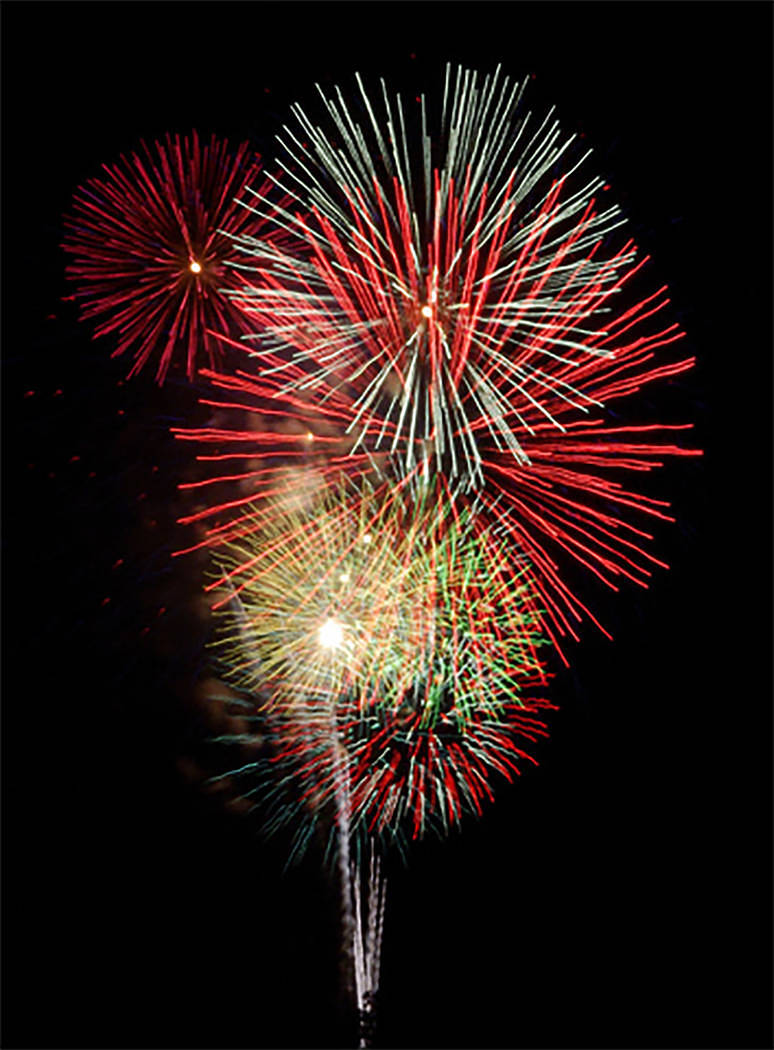 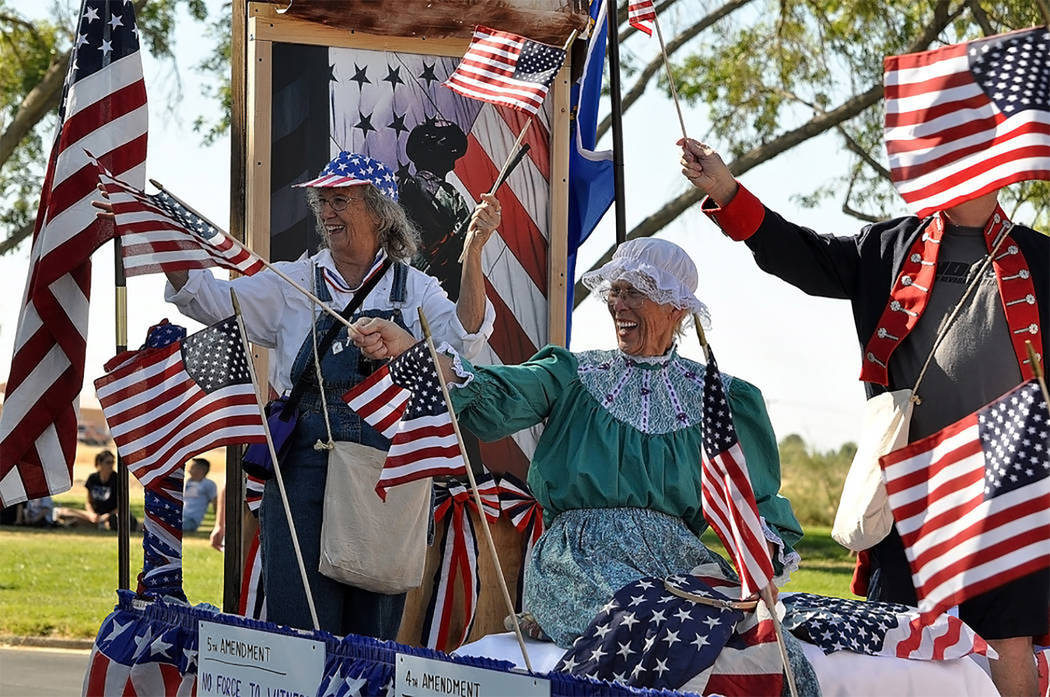 Horace Langford Jr./Pahrump Valley Times The popular July Fourth parade is scheduled to begin at 7 a.m. this morning at the Calvada Eye. Organizer Linda Wright noted that trophies will be awarded in several categories, including Most Patriotic, Most Enthusiastic, Judge’s Choice, Most Family-Friendly and Most Original.

A community fireworks display is not the only July Fourth event happening in town today, as the annual Independence Day Parade returns to the Calvada Eye beginning at 9 a.m.

Chief organizer Linda Wright said so far more than 20 entries have signed on to participate, and she’s hoping for additional entrants as well.

“People can still enter the parade if they are interested because we are still taking applications for it,” she said. “There is no deadline, and the entry fee is just $25, which is made to the Pahrump VFW Post 10054.”

Wright noted that trophies will be awarded in five categories, including Most Patriotic, Most Enthusiastic, Judge’s Choice, Most Family-Friendly and Most Original.

The lineup for the parade is scheduled for 7 a.m. at Honeysuckle Street and Calvada Boulevard.

Prior to the parade is the popular $5 pancake breakfast at the Calvada Eye from 6 to 9 a.m. courtesy of the VFW.

Regarding the annual town of Pahrump Fireworks show at Petrack Park, Buildings and Grounds Manager Matt Luis said the show will begin tonight at dusk and run for approximately 22 minutes, complete with patriotic music piped in through a special sound system at the park.

“Attendees can bring along ice chests and coolers for their soft drinks,” Luis said.

“But I do know that deputies from the Nye County Sheriff’s Office will be patrolling the park grounds throughout the event.”

Though it’s not advisable to bring them along due to the loud sounds of fireworks, all pets must be on a leash while at the park.

“We’ve been having our Independence Day celebrations for many years here in town,” she said.

“Commissioners Butch Borasky and Dan Schinhofen have been working with the VFW on this for several years now. For the last three or four years, I have been involved with it by helping to organize it.”

Those who plan on launching their own store-bought fireworks can do so at the town’s sole dedicated consumer launch site located on Fox Road on the south end of town.

Gates opened on Friday, June 29, and will remain open tonight from 7 p.m. to midnight.

All participants must be at least 18 years of age and are required to have a shooters’ permit.

Permits can be purchased from any fireworks retailer in the Pahrump area.