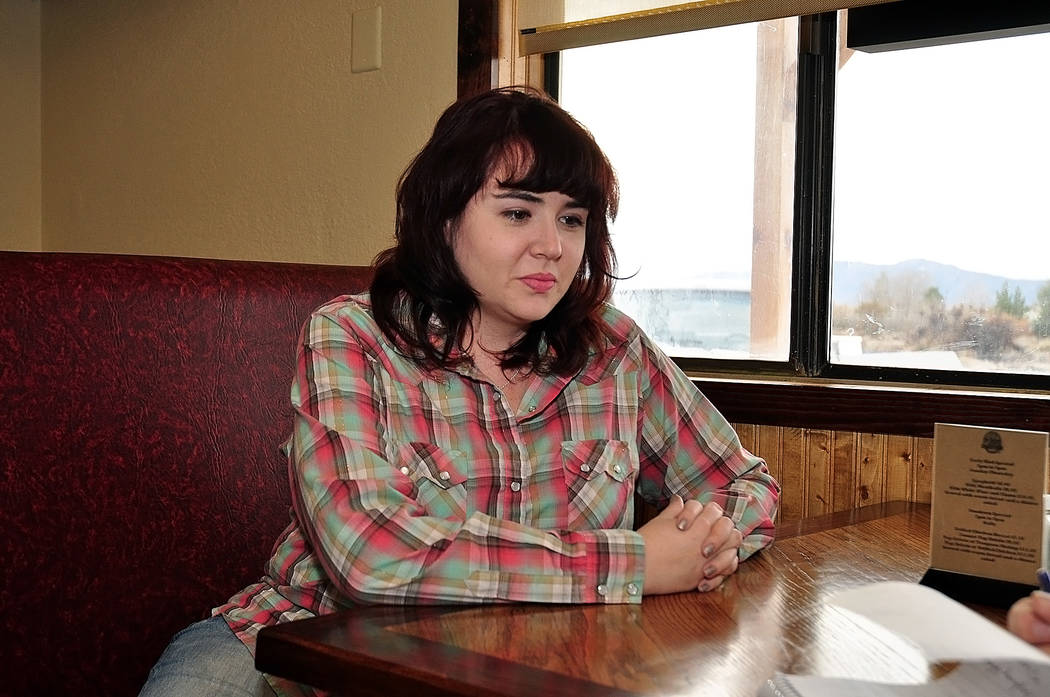 Horace Langford Jr./Pahrump Valley Times Sharlee “Sugar” Horath was there at the Route 91 Harvest Festival event when the shooting at the concert made her run for her life. 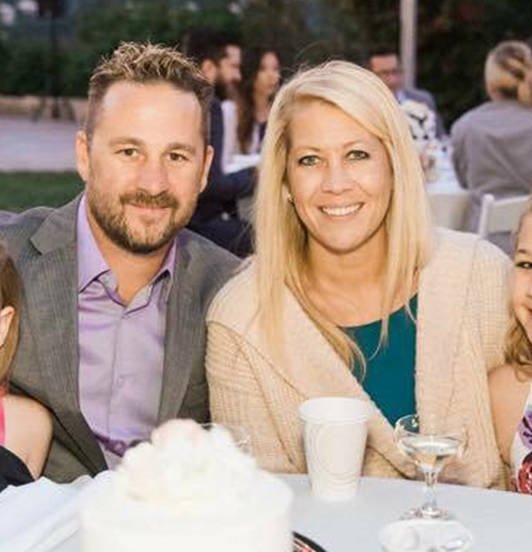 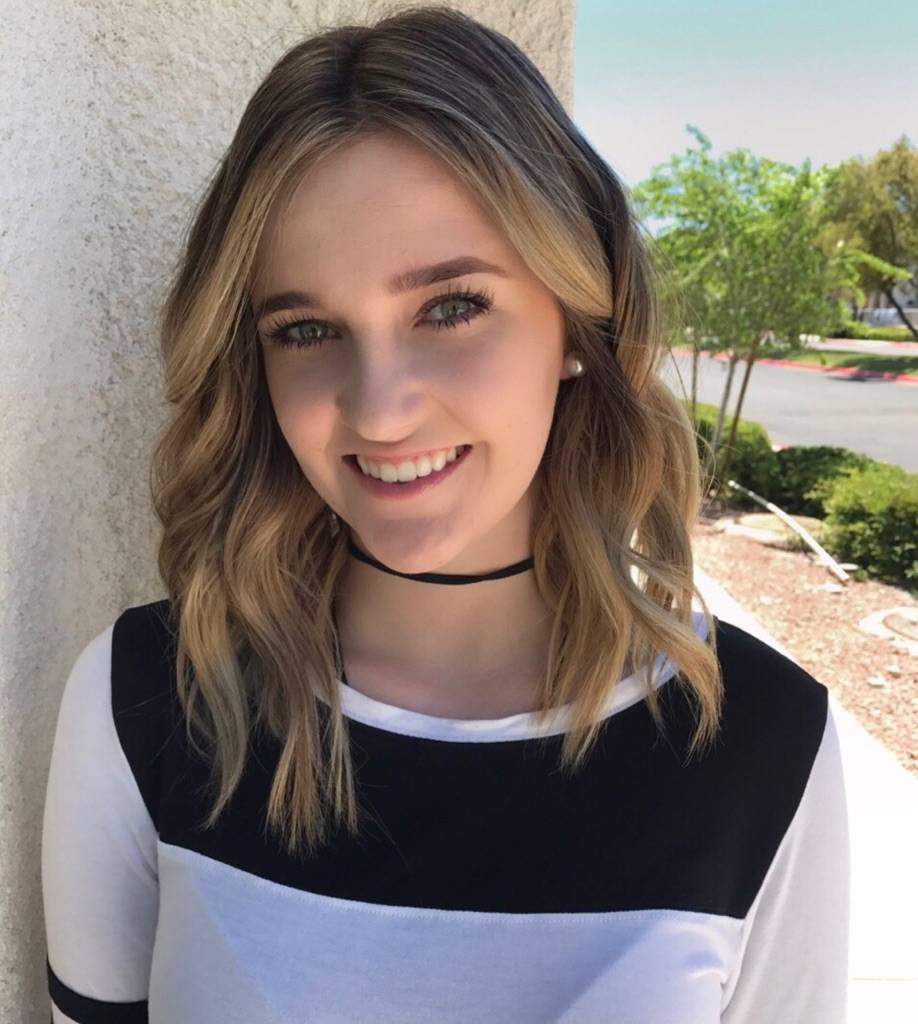 Special to the Pahrump Valley Times Shelby Stalker, grew up in Pahrump, Found herself running for her life at the Route 91 concert on Sunday. A gun shot grazed her friend, and another downed her friend's mother. They were all watching the concert together.

When Las Vegas gunman Stephen Paddock rained bullets down at the unsuspecting crowd at the Route 91 Harvest Festival event shortly after 10 p.m. on Sunday, some people from Pahrump Valley found themselves fighting for their lives along with everyone else trying to escape the terror.

Seeing all the bodies lying there helpless

“I will never forget it, for it was like a never-ending war movie, seeing all the bodies just lying there, helpless and it just keeps replaying in my head,” said Shelby Stalker, a 20-year-old Las Vegas resident who graduated from Pahrump Valley High School in 2015. “I don’t think I will ever go to another concert. Right now I don’t even want to go outside now.”

“It was the most horrific thing I have ever gone through,” said Sharlee “Sugar” Horath, assistant manager at Mom’s Diner.

“It was surreal,” Chad Taylor of Henderson said. His mother-in-law lives in Pahrump. Taylor, a resident of Henderson, was taking his wife, Kristin out for her birthday.

“My wife never goes out and this was a birthday gift to her,” Taylor said.

It started off as a normal weekend for most that went to the three-day country music festival across from the Mandalay Bay.

Her friend had been hit, her mother was on the ground

Stalker had gone to the concert every year. It was her third day there when the shooting started on Sunday night.

Stalker said she never had heard gunshots before and was right near the stage when chaos broke out.

“I heard them and thought it was a prank, but then my friend, Paige, was hit in the arm,” Stalker said. “Her arm was around me at the time. We were close to the stage when it happened. She said her arm was hit. Her mom, Rosemarie Melanson, then dropped to the ground face down.”

She feels her friend stopped the bullet that was meant for her. Unfortunately she believes that same bullet hit Rosemarie Melanson, who was hit in the shoulder.

“We sat there crying and couldn’t move, her mother was unconscious,” she said. “We stayed by her side and then more shots. We were there 10 or 15 minutes, I don’t know. In my head it was shorter. Minutes into it, my brother Aaron called. He was an Iraq war veteran and he told me to run. So I thought we all ran but some stayed with Paige’s mom. Paige and I ran and were helped over the fence. I saw lots of blood and bodies that I will never forget.”

Shelby Stalker thought she was safe at the Tropicana Hotel on Las Vegas Boulevard. She was wrong.

“Someone came in when I was with my brother who had found me,” she said. “They came into the hotel and said there was a shooter and I just took off running.”

Stalker said she didn’t stop until a cop stopped her on Paradise Road. Her brother stayed at the hotel and worked with the victims.

Horath couldn’t sleep after her experience

For Horath this trip was nothing out of the ordinary and like Stalker she did it every year.

Horath related her tale at work on Monday morning, still visibly shaken from the ordeal, with coffee in hand. She was still exhausted from the ordeal.

“I have been up all night,” Sharlee “Sugar” Horath said. “I tried to sleep and got about 20 minutes and today I am supposed to work a double.”

The horror started as she was about to leave

“I was just about ready to go home,” Horath said. “There was nothing out of the ordinary, but earlier at the concert, my nieces saw some lady who was telling everyone they were going to die. She was escorted out of the concert. I was leaving and so I was standing next to the exit but my cousins were still in the middle.”

Her niece, Mariah, told her to wait because she wanted to hear her favorite song that Jason Aldean was singing. She grabbed me and kept me from leaving and maybe saved my life for we were away from the stage.”

The first shots were short bursts

“It was 1-2-3-4 and then pause. 1-2-3-4, then another pause,” she said. “I thought it was firecrackers going off. Then all of a sudden it started ringing out. The lights went off on the stage.They threw Jason Aldean to the floor. Then the lights went off and everything went off at once.”

She said she saw the cops all running past her. She said she had no idea where the shots were coming from because of the echo off all the buildings.

“It sounded like the shots were right behind you,” Horath said. “One guy grabbed me and shielded me through the parking lot. I never saw his face and when I looked up he was gone. Two of my cousins were standing next to a lady who got shot in the face. We got separated numerous times. I feel so bad for putting them in harm’s way. I did see some people lifting them over the fence to safety.”

Horath said when the shots rang out they went to the back, thinking they could get out there. That wasn’t the case.

“Then we realized we had to go all the way around so we hid under a vendor table for awhile,” Horath said. “I don’t know how long we were there.”

We thought we were safe at Hooters

“We ran towards Hooters,” Horath said. “You are running and there was blood everywhere and people carrying bodies. The only thing going through my mind was just run. I kept asking Mariah if she was sure this was the right way to go.”

They pretty much ran all the way to Hooters, stopping between buildings.

“We would hear more shots and we would take off running again,” she said. “We were in Hooters and we thought we were safe.”

She said then someone came in and said there was a shooter nearby. That is when she was thrown to the ground by a stranger who got on top of her to make sure she was safe.

Taylor and his wife just ran for their lives

Chad Taylor had just gotten there. He said they were center stage when the shots rang out.

“I was just telling my wife that we should probably should move out of Las Vegas when the shots rang out,” he said. “It sounded like backfiring at first. I then grabbed my wife and told her to run. We were the first 100 out of the gate. Next to me a girl fell and then I saw a guy with a bloody leg. As we ran, we tried keep from getting trampled. My only thoughts were getting as far from that place as possible. The shots sounded like someone was following us. The rounds sounded close. People were jumping fences.”

“I don’t believe in taking cover,” he said. “I just wanted to run. As we ran out the gate we tried not to trample anyone. I saw a car on Koval and asked the driver if anyone was in the back seat. There was no one and so I threw my wife in. The driver just happened to be an Uber driver and I told him to just drive as fast as he could. He ended up taking us to Henderson. We had been there less than an hour.”

Horath came to work on Monday morning and said she was scheduled to work a double shift, but things caught up with her and by noon she had gone home.

Stalker is taking the week off but doesn’t know if she will ever be the same. Rosemarie Melanson, her friend’s mom, survived surgery.

Taylor also took Monday off, but returned to work on Tuesday.