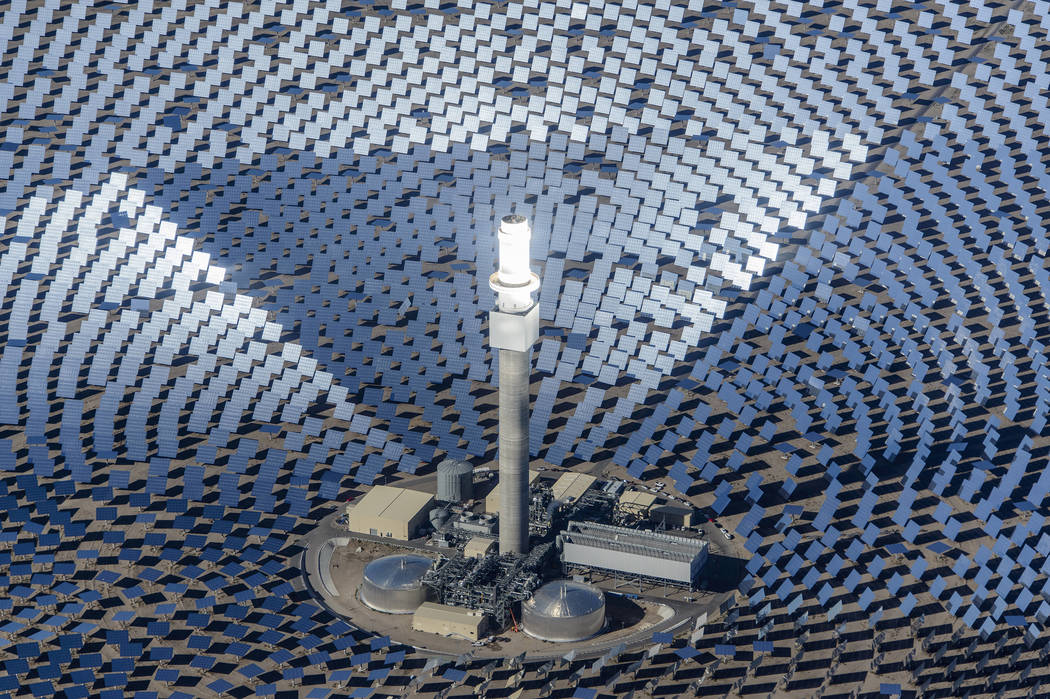 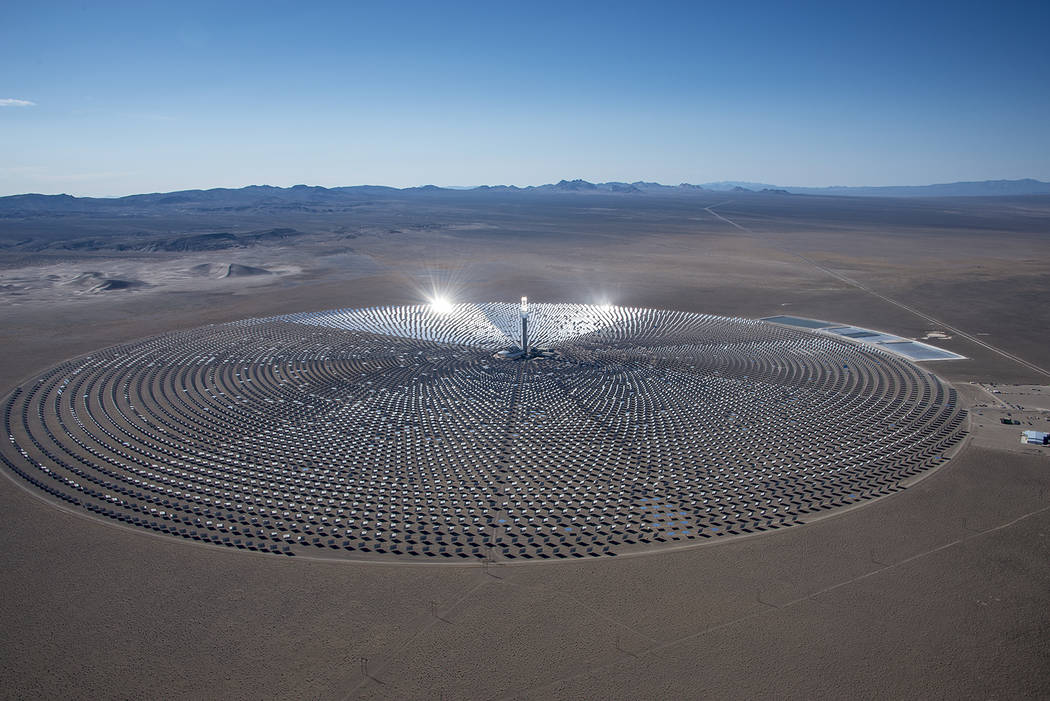 Special to the Pahrump Valley Times The last three reports show that Crescent Dunes’ energy sales have continued to decline since the 110-megawatt plant near Tonopah went into operation in July 2017 after an eight-month outage.

The last three reports show that Crescent Dunes’ energy sales have continued to decline since the 110-megawatt plant near Tonopah went into operation in July 2017 after an eight-month outage.

The latest report filed by Tonopah Solar Energy, LLC, a subsidiary company of SolarReserve, for the first quarter of 2018 from Jan. 1 through March 31, showed that the Crescent Dunes Solar Energy Project in Tonopah has had $1,627,146 in sales.

The Electric Quarterly Report is the mechanism that the Federal Energy Regulatory Commission uses for public utilities to file their rates and charges on a quarterly basis. FERC is the U.S. Department of Energy arm that oversees the wholesale of the power and transmission of power plants across the nation.

Electric Quarterly Reports are filed under section 205(c) of the Federal Power Act that authorizes the Federal Energy Regulatory Commission to require public utilities to provide information about their rates for energy sales.

According to the FERC’s website, each Electric Quarterly Report has seller-provided data that summarizes contractual terms and conditions in agreements for all jurisdictional services. That includes cost-based sales, market-based rate sales and transmission service, in addition to transaction information for short and long-term market-based power sales and cost-based power sales.

Crescent Dunes’ sole customer, NV Energy, began receiving energy from Crescent Dunes on July 12, 2017 after the plant was shut down for repairs for eight months. The facility that had been hailed for its molten salt technology generated over $11 million in energy sales at its peak during the third quarter of 2016 before the salt leak in one of the tanks forced the shutdown.

Mark Severts, NV Energy project director, communications, confirmed in an email that NV Energy purchases the renewable energy that Crescent Dunes produces “in accordance with the terms and conditions of such power purchase agreements approved by the Public Utilities Commission of Nevada.”

Crescent Dunes’ second-quarter report that will show energy sales from April 1 through June 30, 2017 is due by July 31.