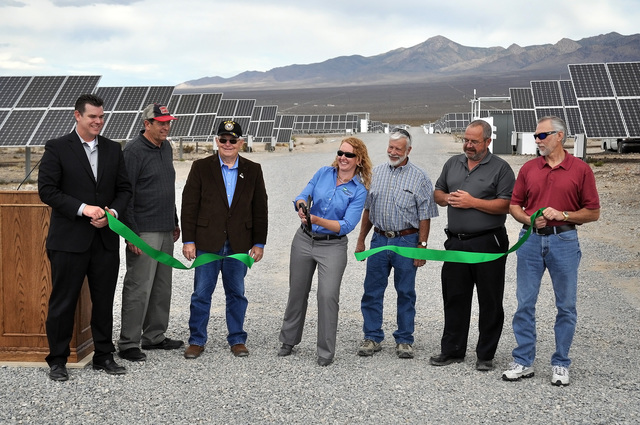 CARSON CITY — A new economic analysis of the Energy Choice Initiative released this week concludes that if approved by voters, Question 3 would create thousands of new clean energy and clean technology jobs.

The constitutional amendment would have to pass this year and again in 2018 before it could begin to take effect.

The study was conducted by Nevada economist John Restrepo and his firm, RCG Economics, in collaboration with UNLV economist Dr. Alan Schlottmann on behalf of Nevadans for Affordable Clean Energy Choices, the group backing the measure.

“Question 3 is a tremendous way for thousands of Nevadans from a wide variety of backgrounds to better their lives,” Restrepo said. “The Governor’s Office of Economic Development forecasted a loss of jobs in the clean energy sector in a 2015 report. Our analysis indicates Question 3 could not only help Nevada regain these lost jobs, but add thousands more.”

Supporters, including the Las Vegas Sands, the primary financial backer of the initiative petition, Tesla, Switch and others, said the report shows that it will significantly grow Nevada’s clean energy economy and spur economic development in ways that cannot be realized under current, antiquated energy policies.

In Pahrump, the board of directors for Valley Electric Association, Inc. voted unanimously to support the measure.

“If consumers want choice in their service providers, VEA, a cooperative owned and accountable to its member-owners, has a responsibility to help its members achieve that goal, not to stand in the way,” said David Dawson, VEA board secretary.

Question 3 is opposed by the Nevada State AFL-CIO and the Culinary Local 226. The groups argue residential customers will not benefit from the proposal to let them choose their electric service providers by no later than 2023.